NYT: Skeptical playwright much better than the worriers

On Friday, Jeremy Lovell of ClimateWire wrote the following article for the New York Times:


During the last month, two plays hit the stages of London theaters: "Greenland" was created by a committee of four worriers (using the words of The Independent) while "The Heretic", written by the playwright Richard Bean, presented the skeptical viewpoint. 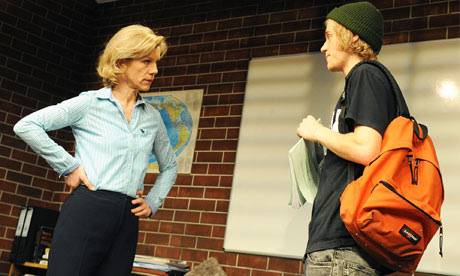 Scientic pragmatism and rap dialogue: Juliet Stevenson as Dr Diane Cassell and Johnny Flynn as student Ben in The Heretic at the Royal Court. Photograph: Tristram Kenton for the Guardian

The New York Times actually chose the skeptical play to be a clear winner. While "Greenland" is described as a naive propaganda that licks the buttocks of the environmental establishment so thoroughly that even the most hardcore alarmists feel the need to vomit while watching the play (they didn't use exactly the same words, but they meant the same thing), "The Heretic" is a deep psychological probe into the life of an honest geodynamics lecturer Diane Cassell who is a "scientist and therefore doesn't believe in anything" and who becomes increasingly ostracized by her less ethical colleagues for claiming the obvious, namely that there's no proof of man-made climate change.


While the worriers' propaganda piece criticized the United Nations for not becoming an alarmist organization on steroids while in Copenhagen, "The Heretic" focused on the misconduct of the IPCC. At any rate, it's one of the first cases when a liberal paper such as the New York Times admits that skeptics actually offer a more intelligent material than the worriers.

In the past, you could see many left-wing writers who admitted that the skeptics were (and almost universally are) better debaters etc. But this comparison was always presented with a dismissive tone, one that attempted to suggest that the skeptics were better liars. This tone is now gone. The skeptics simply did a better job in analyzing a problem that divides the contemporary society, NYT admits. 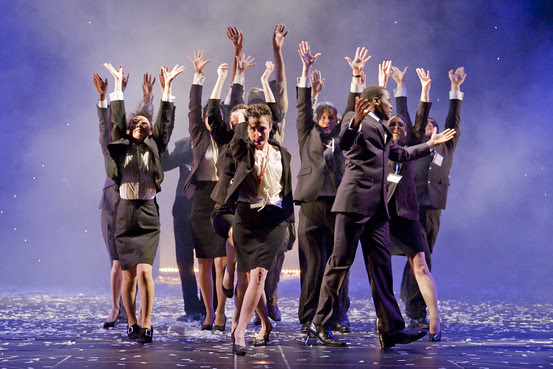 Company in "Greenland". The Wall Street Journal also thinks it is a garbage of arts: click the picture.

See 15+ other reviews of The Heretic and a similar number of reviews of Greenland, the failed warmist committee's propaganda piece.
Luboš Motl v 8:30 AM
Share