Roy Spencer has addressed the following simple challenge to the climate research community:


Show me one peer-reviewed paper that has ruled out natural, internal climate cycles as the cause of most of the recent warming in the thermometer record.


Of course, I don't know of any such paper. As long as the hundreds of papers I have seen are good representatives, there is no solid evidence in literature that would exclude natural behavior as the cause of most of the recently observed temperature changes.

However, I have a solution to a seemingly similar problem. Grant Tamino Foster has posted the following challenge to Dr Roy Spencer:


Show me one peer-reviewed paper that has ruled out leprechauns [see the picture] as the cause of most of the recent warming in the thermometer record.


Well, that's very easy. Everyone with a basic knowledge of climate science knows that this was shown in the following paper:


by M.J. Rycroft, S. Israelsson, and C. Price. The paper was published in Elsevier's Journal of Atmospheric and Solar-Terrestrial Physics 62 (2000) and has over 120 citations right now.


The whole paper was dedicated to the research of a much broader issue than leprechauns: it has studied the impact of not just leprechauns (old Irish sprites) but all sprites and elves on the climate - through the electric field, which is obviously the only way how the sprites and elves may influence the climate. For example, a sentence in the abstract says:


New discoveries have been made in the field of sprites, elves and blue jets, which may have a direct impact on the global circuit. 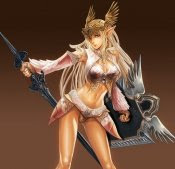 Just to be sure: elves are somewhat similar to sprites but they are Germanic and they can be pretty (see the picture).

Fine, so can the leprechauns or other sprites cause most of the climate change according to the paper?

Everyone who has read this paper carefully and who has a good enough memory remembers that the key conclusion appears on page 1567:


After a sprite above one of the thousand active thunder-storms, the ionospheric potential would reduce to 99.9% of its initial value for a millisecond or so. Thus, it is evident that sprites are unlikely to cause an observable effect on the fair-weather electric field.


Most of the time, we experience fair weather without thunderstorms, so the conclusion above implies that sprites can't cause the majority of the climate change.

The challenge is solved, Mr Tamino. It is not too hard to exclude leprechauns as the cause of most of the observed temperature changes. However, it is damn difficult to exclude the set of all natural phenomena. The reason is simply that according to the available evidence, the changes we observe are predominantly caused by the natural phenomena.

The sprites are not really on par with the laws of Nature even though this is how the likes of Grant Tamino Foster would love to present them.

One more serious comment. Some people suggest that Roy Spencer's framework to describe the climate is not "falsifiable". Well, it surely is. Show that the observed temperature changes display statistically intolerable correlations with some unnatural - man-made - drivers and you will disprove Spencer's hypothesis at the same moment.

Show that the changes at any moment in the pre-industrial era were always qualitatively different from the recent ones, and you're finished, too. Demonstrate an upper bound on the changes that may be caused by one century of natural effect and show that it's smaller than what we have seen; you will be finished, too. There are many other ways how Spencer's null hypothesis could have been falsified - and if it were wrong, it would be pretty easy to falsify it - but it hasn't been falsified. That's exactly his point.

In fact, Spencer's mechanism is very specific and much more specific than many other "explanations". He ultimately talks about the turbulent, largely chaotic mutual interactions of the atmosphere and the world ocean (including changes of cloudiness) that is driven by the solar energy at the end. There may be other effects, too. But he's just saying that the very model of "meteorology extrapolated to one century" hasn't been falsified as the right description of the 20th century climate.

The reason why he doesn't offer a simple theory with a single driver - denying the existence of all others - is that the climate itself obviously doesn't behave in a simple way. So any populist hypothesis trying to claim that the explanation of all climatic phenomena is "trivial" is immediately falsified.

The goal of science is not to find theories that may be represented by simple slogans or theories that also make spectacular predictions for the future; the goal of science is to find theories that agree with the observations and that make correct predictions that will be successfully verified. Atmospheric physics knows a lot of things about the climate but it surely doesn't know all of them, and it is unacceptable for a scientist to pretend that he knows the answers he doesn't know just in order for him to look "falsifiable" to the Popperazzi.

Just to be sure, sprites linked to thunderstorms really exist. See e.g. PhysOrg 2007. These "atmospheric accelerators of electrons" were predicted by Nobel prize winner C.T.R. Wilson in 1925 and confirmed by John Winkler at University of Minnesota in 1989.

An article about blue jets may be obtained by clicking the blue jet image above. For an article summarizing sprites, elves, as well as blue jets, go to this Albany page.
Luboš Motl v 10:21 AM
Share