Monbiot vs McKibben: nuclear civil war inside the green movement

Andrew Revkin has noticed the diametrically opposite conclusions extracted from the recent events in Fukushima. He is comparing two opinions in the Guardian: 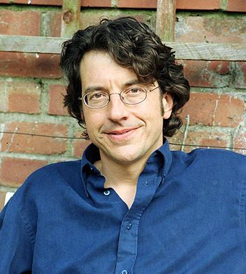 The difference between the two opinions of the two environmentalists - who are approximately as famous as they are infamous - couldn't be more striking. Note that Bill McKibben has founded the movement worshiping the number 350, among many other similar idiotic concepts.

To be sure, comparable differences in the opinion about the nuclear energy exist between climate realists, too. Yes, I do realize that many TRF readers oppose nuclear energy. However, the pro-nuclear vs anti-nuclear tension is simply not that important between the climate realists because all of us know that we ultimately have one key realistic energy "alternative" - it's called the fossil fuels.


Among the global warming worriers, the dilemma is fatal because aside from the generally hated fossil fuels and the disputed nuclear energy, there is no realistic source of energy that could satisfy the bulk of the energy needs of the mankind in the decades to come.

The subtitle of McKibben's rant says


Climate change may not be responsible for the tsunami, but it is shrinking our margin of safety. It is time to shrink back ourselves.

In other words: I understand that the events and observations don't provide me with the tiniest glimpse of evidence for my idiotic anti-industrial views but I just don't care because I am always free to confuse all the effects and their hypothetical consequences. I am a complete idiot and I demand all other people on this planet to be complete idiots, too. You may check that McKibben's kibitzing is mathematically equivalent to my summary. Well, except that he also says that power plants have to be be replaced by muscle power, with "more [slaves] on the farm".

On the other hand, George Monbiot, despite his being well-known as a moonbat, wrote a text that is almost equivalent to what your humble correspondent or Gene are saying. The harmful effects have been almost non-existent which is amazing given the fact that the ultimate nightmare scenario has taken place in an outdated power plant. Monbiot realizes that the bad effects of radiation have been vastly overhyped by certain people. While he adds a mandatory comment that "he still loathes the liars who run the nuclear industry", he explicitly realizes that there's no realistic carbon-free alternative.

Of course, it would be great if the nuclear energy served as a front on which the two parts of the green movement would completely annihilate with each other - but this possibility is likely to be nothing else than wishful thinking.

A nuclear war in Central Europe

Meanwhile, the Fukushima adventures are guaranteed to elevate the political tension in Central Europe. An anti-nuclear fundamentalist country called Austria has sued the Czech Republic and Slovakia in the European Court of Justice. Don't ask me what justice in Europe has to do with the Austrian friends' technophobia.

Both Temelín, CZ and Mochovce, SK are modern nuclear power plants whose extension has been scheduled. The construction of the new Mochovce, SK units is also an important contract for Czech companies.

Meanwhile, German Chancellor Angela Merkel, who called the Fukushima hassle "the catastrophe of apocalyptic dimensions", is planning to totally liquidate nuclear energy in the world's fourth largest economy (so far) within 2 decades or so. Off-shore pinwheels and maybe muscle power from other nations captured as slaves are supposed to replace those 23% that Germany is receiving from the nuclei these days.

Those manifestations of opportunistic populism, as Angela Merkel's behavior has been officially labeled by the Czech Republic, has to reflect deluded opinions of bulks of the German-speaking nations.

Those things are hard to understand in Czechia where, according to latest polls, 69% of the respondents are convinced that our nuclear power plans are safe. 67% trust Ms Dana Drábová, the boss of our main nuclear security organ, who is an actual nuclear physics PhD and who said those things are safe. 55% of the respondents consider the expansion of nuclear energy to be the best way to enhance our energy independence. 59% of the people still prefer new tests of the safety whole 34% don't want any new tests (that would probably be considered politically incorrect to even suggest elsewhere but it is a pretty standard attitude here).
Luboš Motl v 10:19 AM
Share