Natalie Angier of the New York Times studied the overlap between the movie industry and science:

The intersection is almost non-existent. Both fields require an ego but the movie industry is all about the ephemeral values such as fame and superficial impressions on other people while science is focused on the lasting values, deep and objective core of the existence, and, in most cases, research in solitude.

However, as a high school student, Oscar-winning Natalie Portman made it to the semifinals of the Intel Competition. It was a populist low-brow science project about getting energy out of waste but it's still much more impressive than what 95% of her colleagues may offer.


If you want to find an even more impressive science background of the movie stars, forget about Spock. Leonard Nimoy has had nothing to do with science before he pretended to be one; it was all about arts.

However, if you want to find a real scientist with a doctor degree, you may check Amy Farrah Fowler, Sheldon Cooper's videochat girlfriend from The Big Bang Theory. You know that Amy is a neurobiologist on the show. What about Mayim Bialik, the actress who stars as Amy?

Well, it turns out that she has a PhD from neurobiology! ;-) 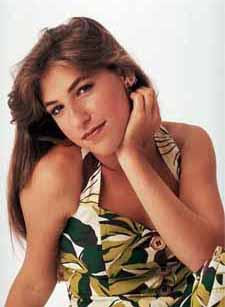 Angier mentions an article in The Onion where, among other people, Brian Greene complains that he is fed up with the media because they distract him from serious work. I am mostly convinced that this could appear outside The Onion, too: he must feel this way although he must like his second art of bringing string theory to the stupid people, too.
Luboš Motl v 12:33 PM
Share