Nature readers such as Gordon were told that Nature has just started to publish a new "excellent" sub-journal,

It is such a pathetic pile of lies, old propagandistic clichés, and misunderstandings that, given the collapsing interest in this irrational way of thinking about Nature, life, and science, you have to ask who is funding this defective and separately unprofitable enterprise.


If you look at the table of contents, you will quickly see what this stuff is all about.

At the beginning, they promote the idea of natural disasters that make people more gullible when it comes to accepting the AGW lies. "Experience alters perception," they say. Note that they're not far from the eco-terrorists depicted in Michael Crichton's State of Fear.

From a rational viewpoint, it is very obvious that one can't give far-reaching general interpretations of individual weather events. However, this is exactly the strategy that the new journal is promoting. Deception, hysteria,and lies sit at the very core of the new journal's genetic code.

Several additional paragraphs are dedicated to their desire to cripple aviation and vehicle industries and spread hysteria about corn, Antarctica, and everything else.

Their first editorial is called Whole-System Science. It claims that the AGW pseudoscience offers great opportunities for discoveries but when you read the text, starting from their worshiping of the shameful IPCC at the very beginning, you will see that the editors are simpletons who have no idea about science.

The very concept of a "Whole-System Science" is an oxymoron. Science may study complicated systems but whenever it works, it always decomposes them into pieces that are studied separately. If a scientific disciplines remains a "whole-system science", it's just junk science. A "whole-system science" and "bad science" are pretty much synonymous.

There are two commentaries. In "Overstretching Attribution", some locally brave authors say that individual events shouldn't be attributed to greenhouse gases, directly contradicting the commandments in "In this issue" where this demagogic strategy is explicitly recommended.

The other commentary, "Time to Try Carbon Labeling", the authors recommend a global symbol analogous to the Star of David that would make it mandatory for products to identify themselves if they contain carbon or produce CO2. Their inspiration from Germany of the 1930s is hard to hide.

In "Opening the Future", the author claims that the future of the world is all about the IPCC. In "Data on Demand", the author complains that someone wants the climate data to be available. Oh those nasty skeptics. They steal time from "scientists" such as Gavin Schmidt who could make much more important work than a requested work that has something to do with the data - for example, writing megabytes of cheap propagandistic lies on RealClimate.ORG.

The third feature is called "It Isn't Easy Being Green". At least, we explicitly learn what is the color of all the editors' mouldy bodies. It is being claimed that Toyota Prius is a symbol of "social status". It's unfortunately way too easy being green. In a better world, it should be about as easy as sitting on an electrical chair.

Some books and new ways of wasting money that are related to AGW are promoted in subsequent portions of the new journal.

There is one more article promoting floods as an excellent method to make people behave more irrationally. For those extremists, it's great to break humans, make them desperate, and ready to adopt a new savior. These beasts want to harm billions of people in the world.

OK, sorry, I am going to stop now because my adrenaline level is an order of magnitude above the average of the last - peaceful - week. ;-) At any rate, I am disgusted and I think that the people (?) connected with this new journal should be publicly spat upon and pissed on. I find it kind of amazing that a rather prestigious journal such as Nature is ready to lend its name to such a continuous stream of feces - and nothing else than feces.

Of course that I wish that the natural mechanisms would continue to work, Nature would go out of business, and the people behind the project would starve to death. But there are so many outrageously stupid and dishonest people in the current world that I don't actually think that this is what will happen to Nature, despite its grave mistake. 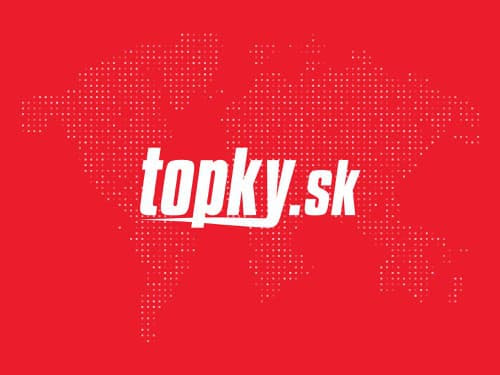 Bonus: quote of the week: candles and TV

Ms Ľubica Trubíniová, a former boss of Greenpeace Slovakia, said according to the "New Profit" magazine:


I don't need any electric power for my life because I can burn candles instead of turning on the light bulbs while watching TV.


Greenpeace is working hard to deny the quote. I don't have any independent evidence that the quote above was accurate but I am convinced that it is at least a nice quote optimized for a joke that shows how the green people actually think - or fail to think, to be more precise.
Luboš Motl v 7:52 PM
Share