Czech PM: tests of power plants are guides for terrorists

It's somewhat paradoxical that the nuclear forum is taking place in Prague because the Czech Republic effectively rejects the idea of new tests of the nuclear power plants. 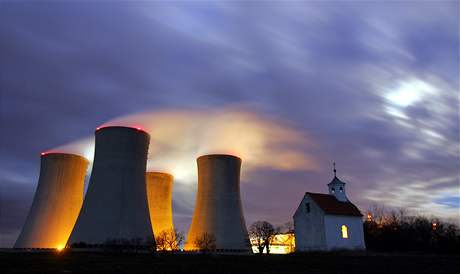 Dukovany, the older of the two Czech nuclear power plants

Our top politicians - including the president and the prime minister - have rejected Merkel's and others' recent attacks against nuclear energy as irrational and cheap populism. Everyone seems to agree that there's no reason to perform new tests. And even if there were reasons, the tests must be done by nuclear experts and not politicians. It's preposterous for politicians to pretend that it's them who is the safety assurance for those power plants.


Czech PM Mr Petr Nečas who has an RNDr degree (doctor of natural sciences) in plasma physics has also announced that our country will complete the extension of the newer nuclear power plant in Temelín while he dismissed alternative sources of energy because they're unstable. Some intensification of the nuclear collaboration between Czechia and France has been negotiated.

By the way, Iran claims that its first nuclear power plant in Bushehr has reached criticality and is producing energy now. Fine. If it were about the power plant only, and if it could be guaranteed that it would be about it in the future, I would have no complaints. Obviously, there are good doubts whether the energy is the goal, and even if you had no such doubts, such doubts may emerge at any moment of the future as the Iranian politics changes.

The nuclear forum in Prague has discussed the proposed tests but there was one special test that deserves a special discussion: resiliency against a terror attack. Is that a good idea to perform tests of it? Of course, military aircrafts are waiting to attack any possible terrorist and so on. There are some policies to fight this remote threat.

The Czech Republic opposes this proposal even more stubbornly than the other tests and restrictions. Mr Nečas made a point that looks good - but also kind of original - to me. He said:


The idea of public and transparent evaluations of anti-terror precautions at one or another important industrial facility, including nuclear power plants, when completed in their full glory, could directly become a guide for the terrorists how to make the attack.


I agree with that even though I didn't fully realize this notion. It's kind of important that generic people don't really know what the potential terrorists may expect to face - because terrorists could learn it, too.

However, the terrorists are surely sufficiently intelligent and organized to learn about some precautions that are known to pretty much every informed citizen of a Western country - which is exactly why those things shouldn't become public. And I think that if a whole committee in the Parliament knew about all the precautions - and especially those that failed the test - it would already be dangerous.
Luboš Motl v 10:14 PM
Share