Dark Ages as a fabrication: this year is 1713

or 1714, depending on how Mr Illig counts integers 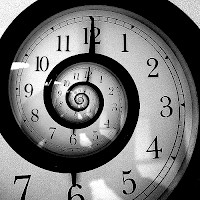 In 1991, Heribert Illig conjectured an explanation behind the lack of progress and interesting events in the early Middle Ages, also known as the Dark Ages: there haven't been any! ;-)


In particular, the years 614-911 AD (i.e. 298 of them in total; sadly enough, Mr Illig thinks that this interval only contains 297 years), including some of the alleged people such as Charlemagne who were supposed to live in that period, have never happened or lived.

Well, I don't care about Charlemagne but Herr Illig may probably want to kill our Great Moravia, too! The missionaries, Cyril and Methodius (arrival in 863), have to be forgeries as well. Because those fabricated people brought us the scripture, the Czechs are still illiterate which is conceivable. ;-) To say the very least, this explains some errors in my English grammar.

One half of the second phase of the migration period would have to be erased, too.

The positive arguments in favor of the theory are built on various bizarre detailed countings of days used to fix the difference between the Julian and Gregorian calendars. I don't really understand the detailed logic. In 1582, they just moved the days to fix the Julian discrepancy accumulated between 325 AD and 1582 AD. Of course, if one replaces 325 AD by a wrong number, he gets a wrong result.

One of them is to see that the Halley's comet's cycles seem to agree with the conventional calendar, one that says that we live in 2011 and not in 1714. And 298 is not really a multiple of 75-77, not even close to it.

Even more impressively, the standard chronology indicates that a pair of nearby solar eclipses occurred in 480 BC and 478 BC. And indeed, that's what the astronomical calculations imply, too. It's the only solution. Some dendrochronology may help, too.

Some people might be satisfied with independent calendars of various Asian civilizations that seem to confirm that the years 614-911 AD were real, too. Also, the author of the theory should be able to say when did the people start to describe their time using a wrong number for the year. Was there a discontinuity? Did the year called 912 AD follow after the year called 613 AD? How did the people who were alive at that time swallow this jump? Or was everyone unaware of time at that time? ;-)

Still, it's kind of fun to see how small the number of really solid arguments that the years 614-911 AD have existed (and that we're separated from Jesus' era by 2000 years and not 1700 years) are available. And it's fun to see that this small number of arguments is enough to falsify theories such as the phantom time hypothesis.

Let me admit that I would be more excited if one could find similarly quantitative evidence that the phantom time hypothesis is right but it's apparently not the case. ;-)

I am just reading that there is also a Russian version of this model, by mathematician Anatoly Fomenko of the University of Moscow, that claims that all important events including the ancient Greek and Roman history have actually occurred in the last 1000 years. To support this model by an authority, Garry Kasparov seems to believe it. ;-)
Luboš Motl v 9:52 PM
Share