Airbus, EU vs China: a trade war over CO2 fines

Gene has sent me a link to this fascinating article in the Wall Street Journal:

A few days ago, the European media celebrated an amazing, record-breaking deal: AirAsia of Malaysia bought 200 revamped A320 aircraft Airbus A320 produced in Europe. 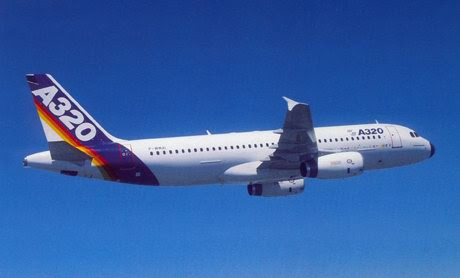 If you're just thinking about buying an airplane, the price was $18.2 billion which is about $90 million per piece.


China itself decided to buy many Airbus aircraft, too. However, the Asian country delayed - and may even undermine - a similar deal. Why? Because it wants to protest against some hardcore policies of the European Union. The EU apparatchiks have decided that it's not enough to harass the Europeans: they also want every foreign airline landing or taking off in Europe to pay fines for every emitted molecule of CO2 that goes beyond the limit allowed in the verse of An Inconvenient Truth 1917:11.

Nothing less than billions of dollars, profitability, and competitiveness of the airlines is at stake. You're not surprised that foreign companies that are asked to pay billions to the EU for hot air - literally - are not happy. Similar anger exists in the U.S. and Russia, too. The WSJ article analyzes this anger in some detail.

Instead of repeating those stories, I want to mention two things. First, it is unsurprising - but still amusing - that the most offended country is China. Al Gore, the holiest prophet, recently said the following to the Time Magazine:


China clearly made a choice to move as quickly as they possibly can. Have you seen their new Five Year Plan? It's astonishing. I looked at the speeches by Xi Jinping, the next president — wow. The depth of knowledge in his speeches is quite convincing and surprising to Western eyes. They have clearly made a choice. To that extent I hope that the app will continue to contribute to that same choice being made elsewhere. And especially here. I dream about the United States that is being fully governed by the Chinese communists and I dream about licking the buttocks of the great Chinese comrade, the most distinguished heir to Karl Marx and Mao Zedong, for the eternity. I hope that Xi Jinping will understand that the name "Our Choice" of my iPhone application means "His Buttocks" and that he will ultimately allow me to lick his buttocks at least for one minute.

It turned out that the same Chinese comrades actually haven't managed to abandon rational reasoning and they may be upset if an apparatchik wants them to pay billions of dollars for hot air. What a surprise!

The second and final comment I want to make is about the owners of Airbus. It's a bit complicated so please be patient. The first thing is that Airbus is fully owned by EADS, The European Aeronautic Defence and Space Company N.V. headquartered in the Netherlands. Who owns EADS?

Now, you know what Daimler is and let's ignore the dwarfs. But the most obscure large thing is the SOGEADE that has 27.38% of EADS. Well, 2/3 of SOGEADE is owned by SOGEPA which is fully owned by the French government. And 1/3 of SOGEADE - which means 7.5% of EADS - is owned by Lagardère Group, a publicly traded beast now mostly focusing on the media.

In this sense, it makes an ethical sense for China to punish Airbus for extravagant hardcore regulations and criminal fees that the European officials dare to impose on foreign companies and their fellow unelected Chinese counterparts for no good reasons.

Bonus: Tim Wirth is going after you

Hi, I am a Colorado Democrat Senator and the president of the U.N. foundation and I just confiscated this denier blog and killed its ex-owner to say the following thing to all of you, denier readers, at 3:02 of the video above:


Third, we have to, I think, again, as I suggested before, undertake an aggressive program to go after those who are among the deniers, who are putting out these mistruths, and really call them for what they’re doing and make a battle out of it. They’ve had pretty much of a free ride so far, and that time has got to stop.


LM: Whoops, I only pretended to be dead. Would you agree that it is appropriate to say that this particular politician has a fascist point of view? Well, in the Czech Republic, we've had a free ride - more precisely, freedom - since the Velvet Revolution in 1989.