Gassing the skeptics: confusing CO and CO2 along the way

Jill Singer of the Australian "mainstream" Herald Sun newspapers has proposed a final solution to the problem of the climate skeptics:


I'm prepared to keep an open mind and propose another stunt for climate sceptics - put your strong views to the test by exposing yourselves to high concentrations of either carbon dioxide or some other colourless, odourless gas - say, carbon monoxide.

You wouldn't see or smell anything. Nor would your anti-science nonsense be heard of again. How very refreshing.

She will kindly keep an open mind once the world's 4 billion climate skeptics are killed in extermination camps with a mixture of CO and CO2. Note the "clever" method by which she has "confused" the carbon monoxide, which is toxic, with the carbon dioxide, which is totally harmless for humans.

A shower in Dachau. A real shower.

Those of us who know something about the history realize that Frau Jill Singer's ideological predecessors have used the very same "trick" in Auschwitz-Birkenau. They would tell the inmates that they would go to have a shower. There would be H2O coming from the tubes. Instead, it was CO or Zyklon-B. The gas chambers were disguised as shower rooms even though some people argue that this particular trick has been a myth.

Update: I assure nasty hardcore radical anonymous people who were threatening me with spreading lies about me that I am not a holocaust denier and if someone will spread lies of this caliber about me, I will try to fight them in the court.


You know, these are not quite identical gases. CO is lethal but CO2, despite the similarity in the composition, has a completely different effect on the human body. It's a basic wisdom of chemistry that not only the underlying elements, but their relative abundance and even the precise structure of the bonds in the molecules are essential for the properties of the compounds. Up to 10,000 ppm, CO2 is totally inconsequential for a vast majority of humans and you may happily live in it for as many decades as other things allow you. Only above 50,000 ppm - five percent of the volume - the number of people who will start to feel bad will be increasing. I am eagerly waiting for your tanks that will make me live in 3,000 ppm of CO2 if you wish.

The current concentration is just 391 ppm.

So dear Frau Singer, if you tell me to have a shower with CO2, I won't believe you that your presentation of chemistry is accurate. In fact, I won't believe you and your soulmates any other proposition, either. You're a bunch of liars and would-be killers. It is no coincidence that your article starts with the defense of lying - in the Gillard way - and ends with the defense of killing in the extermination camps. That's just a reflection of the moral values and political goals of the global warming alarmist movement.

Via Gordon and Australian Climate Madness

Wolfgang Schäuble, German finance minister, proposed Greece to be covered by solar panels and be the energy source for the whole Europe. The advantage of Schäuble's proposal is obvious. So far, Greece has only consumed 2 billion dollars for each 1 billion dollars that it has produced.

If Schäuble's idea will be realized, Greece will consume and waste 3 billion dollars for each 1 billion dollars that will be produced. So the rate of the growth of the Greek debt may be increased by 50 percent. That's progress - according to the optics of some "environmentalist" politicians.

Another advantage of solar energy in a PIGS nation is that they can produce solar energy even at night - which has been proved to be the case in Spain. 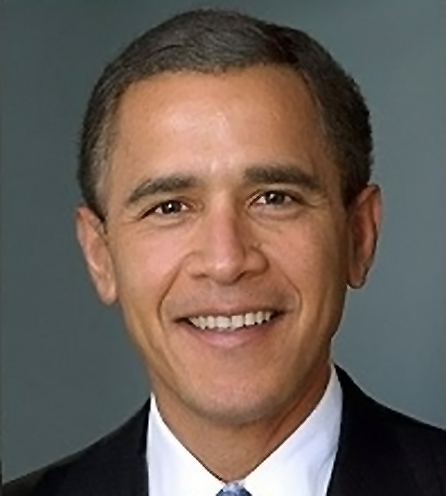 Rev. Al Gore has written an essay for Rolling Stone with a friendly title and a friendly subtitle:


Climate of Denial: Can science and the truth withstand the merchants of poison? - click for full text


in which he declared Barack H. Obama a heretic and a denier, a reincarnation of George W. Bush who has failed to "stand up for bold action" on global warming.

Gore says that Obama has never presented the greatness of the crisis to the American nation - and the greatness of Al Gore as the supreme prophet of the apocalypse. By having failed to do so, Obama has violated commandments #1, #2, #3, #4, ... and #100 of An Inconvenient Truth.

As you can see, Gore has contaminated the name of Barack Obama - who is, unlike Al Gore, just a president of the United States - and increased the risk that Obama won't be re-elected. Previously, Al Gore has also kissed Mitt Romney to death when he actually endorsed Romney, a brother in the Church of the Latter-Day Saints Before the Warmageddon.

Aside from Obama, Gore criticizes the media because they don't publish a sufficient number of articles about climate change. ;-)

Fox News and others report that a group has sued James Hansen because he has abused his celebrity status among the green fanatics mixed with his NASA position to obtain $1.2 million during the recent four years - much more than $180,000 that is paid to Hansen as the GISS director.

Hansen has allegedly failed to comply with the ethics rules.


An MSM article on the ClimateGate

I have mentioned Auschwitz. It's in Poland, the country of our Northern Slavic cousins. Poland has just vetoed an EU plan on tighter carbon regulation:


You know, the flux of gassy compounds including carbon shouldn't be constrained in any way. Poland has already seen the consequences of attempts to sequester the free diffusion of such gases! In that story, Germany has played an important role in masterminding the plan.

More technically, what was vetoed was one of the typical insane reduction plans:


This was pretty much OK for Poland because it's meaningless babbling of idiots who have lost any contact with the reality. However, there was also another verse:


The Polish government intervened because this figure, 25% by 2020, looked "too much like an actual target", so they had to veto it, of course. After all, 90% of their energy comes from coal. Poland will overtake the rotating EU presidency on July 1st (from Hungary which is the president now - I haven't heard a word about their activity for 6 months) and there are hopes that the country will be able to stop or at least seriously slow down the carbon insanity on the Old Continent.

Some of you may know the left-wing and climate alarmist website, Capitalist Imperialist Pig. It's been known that the owner, the pig, has a home in New Mexico, he's pretty old, and he's had a university physics-related job.

But it took some time for the police to figure out what he's doing most of the time. David Deflower Flory of Fair Leg Dick in Son University was running a website matching New Mexico prostitute with their consumers.

Capitalist Imperialist Pig is determined to continue as a blogger from the prison.

Anthony Watts has recommended Lord Monckton to avoid references to the Nazis. Lord Monckton said during a recent lecture that the person below, Australian climate government economist Ross Garnaut, was a green fascist.

Ross Garnaut: is he a fascist? Is it acceptable to ask this question?

I wrote the following:

I appreciate your self-evident effort to be the holiest man among the saints. ;-) It's not the first time I see it.

You always want the skeptics to be the most likable guys, and so on. On the other hand, I think it's more important to look at the content. And sorry to say - I think that Lord Monckton's description is pretty much valid. The discussion about Mr Garnaut's personal plans is legitimate because he is just way too important in Australia and I think that your article has actually discussed these factual matters less deeply and more superficially than Lord Monckton's speech.

In particular, Garnaut's report wasn't considered an assault on democracy just by Lord Monckton but even by a completely mainstream political leader of Australia, Tony Abbott, see:

Garnaut really wants the tax rates etc. to be decided by an unelected and unaccountable junta. It is OK for you to avoid the word "fascism" as a matter of principle and recommend it to WUWT readers but I don't think you really have the credentials to prevent others - everyone else - from asking and answering the question.

Lord Monckton asked the question whether Garnaut's words and actions may be understood as fascism and he has decided that the answer was Yes. And I understand where Lord Monckton is coming from. Now, I also know that the alarmists would love to link the skeptics to many bad things, including the Nazis, but there's still a difference. What Lord Monckton says is supported by some facts and tight analogies - actual immediate plans how to reorganize the (Australian) society; what the alarmists are saying is not supported by anything.

More generally, I have found climate skeptics to be frustratingly toothless in many contexts - the "lukewarm" people just got used to the fact that the climate skeptics should normally be kicked into just like the Jews in Germany of the 1930s because this is the approach that's prevailing and sold as "normal" by the media - and I consider Lord Monckton to be a refreshing counterexample of a person who shows that the skeptics don't just offer their other face whenever they're slapped on the first one - because this is not a path to the victory (and not even dignity) in the real world.

All the best
Luboš

Exactly 70 years ago, on June 22nd, 1941, the German invasion into the Soviet Union began. They were planning a Blitzkrieg - already sketched in the Mein Kampf - which would eliminate the inferior Slavic race, governed by the Jews, from the Soviet territory. There would be a huge agricultural surplus because the cities' population would be simply starved to death and everything would work smoothly.

I think that the German-Soviet peace treaty was a strategic victory for Stalin because he really did need more time to prepare for the war which was otherwise inevitable. So even though the losses of the Soviets were immense - their technology was clearly inferior - it was enough for them to ultimately beat the Third Reich.

The initial victories of the Germans were just partial which was simply not enough. The complete reversal came with the Battle of Stalingrad, 1942-1943, which was decisively won by the Red Army. At that moment, Hitler began to lose the war big time for the first time. He didn't win a single Eastern battle after that time.

Senescence, by Michael Kocáb: "I am your old age, invite me to your home"

Almost exactly 50 years later, i.e. 20 years ago, on June 21st, 1991, the last Soviet occupation soldier left the territory of Czechoslovakia. Top rock musician and temporary politician Mr Michael Kocáb became the most famous character to the public for whom the expulsion of the Soviet occupation armies became a priority.
Luboš Motl v 9:04 AM
Share