Another example of the insane witch hunts that are gradually returning our world back to Salem 1692. 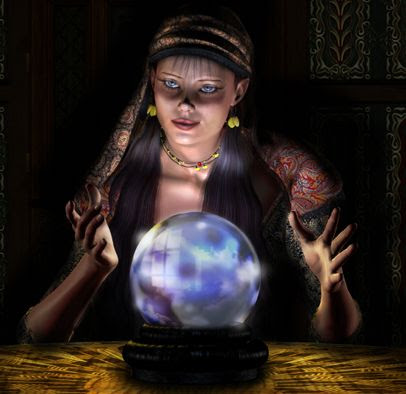 Vitalik sent me a link to a stunning article at the Fox News server,

Six earthquake scientists and an official have been charged - it's not just being talked about, it has happened - for manslaughter, a softer version of (mass) murder. They may spend up to twelve years in prison. Why? Because they didn't predict a 6.3 magnitude earthquake in L'Aquila that killed 308 people on April 6th 2009, including 2 Czechs. When did it happen? Now, in the 21st century. Where did it happen? In Italy, a country that is amazingly still a member of the European Union rather than a freshly separated province of Zimbabwe.


Where does the immense stupidity come from? Most things of this sort can't be predicted. At least, none of the major earthquakes has ever been successfully predicted as of 2011. If this were possible, lots of human lives would have been saved in the past. Why would someone believe otherwise? Where does the idea that similar rare events can be predicted come from?

Well, there's an answer to the last question. It comes from the media where other lunatics - mostly global warming alarmists these days - claim to be able to predict all kinds of wonderful things 100 years in advance.

Inside the Earth, things are constantly moving, in systematic as well as chaotic directions. Sometimes a piece of rock crosses a threshold, a tipping point, and in some of those cases, the resulting changes may make a bigger piece of rock cross another tipping point. And a big earthquake may quickly result in a very small percentage of such cases. In Italy itself, shaking similar to the L'Aquila aftershocks appears 100 times every day.

But to predict whether this sequence of events will lead to very large earthquake, you would need to know the detailed position of every grain of sand - and it could still fail to be enough. It's just like the question whether a 1-sigma bump in a scientific graph is going to grow to a 5-sigma bump. No one can know by looking at the bump itself. These bumps are everywhere and they look nearly identical. One may only interpret what happened a posteriori.

I personally think that the predictions of earthquakes that are larger than those that have just occurred at nearby places, days in advance, will always be impossible. There have been various preprints arguing that one could have seen signals of the Japanese earthquake for days but the papers don't actually show what the litmus tests are and were doing when there are no earthquakes. I don't think it's a good science. But even if this methodology could be developed to predict the quakes, we're not there yet.

Note that in a similar business, last year, people were predicting an imminent eruption of Katla volcano in Iceland. I was saying it was unlikely and the specific larger events are almost never "ignited" by smaller ones in such a straightforward way. As always, I was right, they were wrong. Even if Katla erupted now, it couldn't really be said to be the result of the E-ugly-name volcano eruption last year. There's another volcano erupting which would be more likely a "starter" of Katla if Katla decided to act now.

Quakes are a chaotic process. Even quantum randomness may influence the timing of big earthquakes. The only thing you can predict is that after a large earthquake takes place, it's likely that there will be various smaller "echoes" across the region whose locations may be predicted with a limited accuracy, using a probabilistic language. But getting bigger events out of the smaller ones always depends on chance.

There were dozens of aftershocks but only one foreshock, a 4.1 magnitude earthquake 1 week earlier. Earthquakes of the 4.1 magnitude are not even recorded on the USGS maps. Only a supertiny portion of 4.1 earthquakes may be "predictors" of a coming magnitude 6.3+ earthquake. It was just sensible for the seismologists to stop the panic because if every 4.1 earthquake led to an evacuation of a town for weeks, several percent of the mankind would be constant refugees.

If someone suggests that the seismologists should have recommended the evacuation of the town with 80,000 people for weeks because of the 4.1 foreshock (plus some much smaller trembling), just consider how crazy it would be. Exactly a week ago, there was a 4.8 magnitude earthquake 30 miles from Chania, Crete, which also has 80,000 people or so, and similar cities. (You may check hundreds of other examples of earthquakes predicting a doom just in the recent month.) Would you really say that because of that - a possible sign of a coming big earthquake - the local seismologists in Crete, when asked, should have recommended the evacuation of those cities for weeks? Hundreds of thousands of refugees? Have you lost your mind? 99.99... percent of such smaller earthquakes are not foreshocks of much bigger ones.

What the seismologists recommended not only fails to be a crime: it was the right thing for them to do given the information they had and the current state of their discipline. A Czech seismologist, Mr Jan Zedník, nicely says that reliable warnings before big earthquakes are only possible in Hollywood movies in which a blonde female seismologist calls the mayor sufficiently many times so that they finally evacuate Los Angeles. ;-) This is spot on. Billions of people fail to distinguish the movies (and equally fictitious predictions of climate-change-related catastrophes in the media) from the reality. And billions of people began to worship their governments, being certain that the governments should protect them even against the laws of physics.

Now, just try to evaluate how many complete idiots have to exist in the whole hierarchy of the "dignified luminaries" in Italy. The general prosecutor of that country probably has to be a complete imbecile because it had to go through him and the same has to be true for a whole pyramid of his subordinates, all of their secretaries, and many others who had to have some tools to stop this insanity.

Meanwhile, if you live in a country where morons such as these Italian lawyers or global warming alarmists prevail, the only relatively safe way how not to spend your life in prison or at stake is to say that all conceivable kinds of catastrophes, all earthquakes, volcano eruptions, tornadoes, hurricanes, typhoons, floods, collisions with other planets etc. will occur at every place of the Earth at every second in the future. Almost no one will harass you for talking rubbish and many people will applaud you. That's the only way how you may "become" innocent. Otherwise, together with the fellow seismologists and industrialists who use fossil fuels, you will be charged of manslaughter for causing all these events and killing the people!

You're a witch! Burn you!

Sorry, I got carried away by the mass hysteria myself. It's everywhere. ;-) I am sure that the Italian judges will be inspired by the video above and they will weigh the seismologists. If they weigh as much as a duck, they must be made of wood, and therefore they are witches.

Frequency of quakes and foreshocks

About 40 percent of L'Aquila-like, larger earthquakes have foreshocks. But can you evacuate the nearby towns every time you experience trembling? For weeks or months or years?

Moreover, they're not "quite" correlated. At most 40% of the larger magnitude 6+ earthquakes have magnitude 4+ foreshocks - and probably many fewer because among the 40%, the foreshocks included may be much weaker, too. Also, foreshocks at various delays - time scales - are included as well, making the predictive usefulness of foreshocks even lower. Moreover, the later quakes don't necessarily have to occur on the same place, so our predicted odds that the quake could occur at the bad place will be overestimates.

It follows that the probability is less than 0.5% (and probably much, much less) that an ongoing magnitude 4+ earthquake is a sign of a coming magnitude 6+ earthquake beneath the same town. And probably much smaller. Now, think sensibly: would you evacuate the town of 80,000 which would be needed to systematically try to save almost all lives?

Note that some greatest earthquakes such as the 1950 Medog earthquake display no foreshock activity at all. The foreshocks are simply a very poor litmus test to predict larger earthquakes.

Take a sensible quantification. First of all, you must quantify the human lives whether it looks bad or not. Take one million euros per life which is a lot. So the earthquake ultimately killed 300 people which is 300 million euros in damages. However, the probability that this would occur was only 0.5%. So the expectation value of the damages from the dead people is just 1.5 million euros.

On the other hand, you have the expenses needed to evacuate the town. In order for the evacuation to be a good investment, you would need the evacuation of 1 person - among 80,000 - to cost just 1,500,000 euros divided by 80,000 = 19 euros. I guarantee to you that the actual evacuation is going to be much more expensive than 19 euros. If you want to store the people for a month - before the threat goes away - in a different place, they will have to pay hundreds of dollars for some "rent" or its equivalent, or count the corresponding reduction of the living standards. You should really subtract their salaries as well because they will probably not work. That's already thousands of euros per person.

So at least by an order of magnitude, and probably two orders of magnitude or more, it would be a lossy investment to evacuate the town. You would have to say that a human life is 10 million euros. And it's just crazy. Almost no life insurance can get that high. People ultimately die - and they may also die from the shortage of money (that's the case of millions in the third world) which is why it is simply wrong to say that the missing money can never match the loss of human lives. Putting the price of a human life to an infinite value is incompatible with a rational policymaking.

If someone wants to put his life to 100 million euros and use a very different cost-and-benefits analysis than what is above, he has to do it privately because the officials are working with the population statistically, as an average. If he's waiting for someone else to escape even though he's scared of the slightest risk of a quake, well, then I would say that it shows that his intelligence is probably low enough for the claim that his life is worth 100 million euros, anyway. The price could be closer to 5 euros for the beer his parents drank before they made him.

If you really hate converting human lives to the money, I can actually offer you an argument that avoids it altogether and the conclusion is still the same. Evacuation is not safe, either. When New Orleans was evacuated, dozens of people died in the Dome and other centers for the refugees. That's more than 1 percent of Katrina's casualties.

The actual merits of the evacuation are even worse. In reality, the same trembling was observed in that region at least since December. So you would need to evacuate the people for half a year if not permanently. That could be equivalent to building 50,000 euro worth of new housing for each average inhabitant of L'Aquila. Compare this with the expected loss due to the possible larger earthquake which was 19 euros.

All this reasoning may look too cruel and cold-blooded but if you use pure emotions, you simply can't decide whether people such as the Italian seismologist gave a good advice according to their best knowledge at that time. They did.
Luboš Motl v 2:44 PM
Share