I think that many of you remember that Obama's voters used to be fanatical opponents of the missile defense system proposed during the administration of George Bush Jr. We were constantly told that the system was immoral and it didn't work, anyway. Obama would only make statements that were compatible with the opposition. He didn't want to pursue untested systems, he told us. 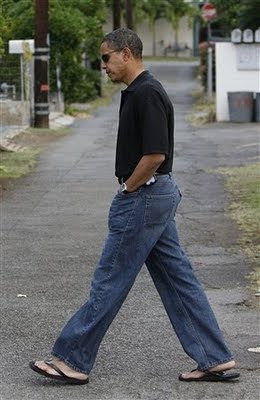 A couple of years later, it is clear that Obama is continuing with pretty much the same plans that George Bush Jr would pursue if he continued to be the president. The system may obviously be very useful and it may significantly diminish the capacity of rogue nations to hurt America, to say the least. Bush has always been right. Even though Obama has adopted Bush's plans, the critics of George Bush Jr are suddenly silent.

The missile defense system was just a theme they used to attack Bush but what they really care about is a Greek-style big government and they still know that Obama is more likely to bring it than Bush which is why they don't attack Obama for his resuscitation of the missile defense plans.


However, some things have changed. My Czech homeland is out of the plan. There won't be a radar 25 miles from my home - on the site that I have visited so often in recent years. Instead, Obama has offered the Czech Republic to host a netbook that would know about a possible threat. Maybe the U.S. would add an ADSL router, too. ;-) What an honor!

Needless to say, the Czech government politely replied No, thank you, lick your f*cking as*hole. You can't be surprised about that. Many of the Czech politicians who deal with defense and foreign affairs - and our current defense minister Mr Vondra is surely a major example - have been investing their political capital to the construction of an important facility over here. And an Obama suddenly comes and says: You know, we have changed our mind. We meant a netbook and maybe an ADSL router, too. :-)

When you look at the overall change, it is very subtle. As far as I can say, the actual change is Obama's desire to offend countries and politicians who would use to be the staunchest U.S. allies.

The melody comes from a 1961 ode to Yuri Gagarin. The newer text by Mr Jan Vyčítal celebrated the Czech radar site - which is why former defense minister Ms Vlasta Parkánová helped Mr Vyčítal to sing the song. She gave her CD as a gift to George Bush Jr. The funny video was made by some of the most creative opponents of the radar. In a typical Czech "centrist" way, the punch line is that the rockets from Russia, America, and al Qaeda converge to the same point on the Czech soil. The video cleverly uses some words in Mr Vyčítal's lyrics. For example, "We prefer to have our clothes stitched by Uncle Sam" ("Raději šijem u Sama") contains "u Sama", so Usama bin Laden obviously appeared in the video at that moment.

If the complaint had been that a majority of the public didn't agree with such facilities, well, I assure you that any public will oppose such foreign installations. Those 60% that oppose the base exist not only in Czechia but also Poland and elsewhere. But it's just a standard tradition that such questions that depend on expert military & political knowledge about security are not being decided by referendums over here, especially not referendum involving the local people - the farmers and peasants. The 60% of the people who opposed the radar may represent a figure that was closer to 6% than 60% of the nation's brain potential. There were still millions of very important and smart people in Czechia who badly wanted the base to be here.

It's questionable whether the missile defense system will ever be saving lives and how many. Even if it will, it is very likely that we can't say which of the technical and geographic arrangements would turn out to be more efficient. But this was not the primary game that was being played over here. What was at stake was the general perception about the allies in the region and the relative strength of various relations and Obama has significantly altered this perception.

Poland's relationships to Russia have paradoxically improved after a half of the Polish political elite was exterminated above a Russian airport a few years ago. But they're still very bad. It's clear that much of the support for such bases in Poland is just a reflection of the Polish hatred for Russia.

These things are very different in Czechia which doesn't have any "deeply emotional" hatred for Russia, despite Russia's key role in the 1968 occupation. What really matters in those emotions is still the second world war and whether we like it or not, Stalin's Soviet Union turned out to be the most reliable ally of Czechoslovakia between 1938 and 1945. Poland has had a very different experience with the USSR, of course.

But America used to care about the safe borders of its broader sphere of influence and I feel that this has changed. The cancellation of a decent role for Czechia in the missile defense system is an implicit gesture telling us that if someone like Russia will decide to overtake Czechia in the future, the U.S. will okay the decision. Most of us are not really worried about such things right now because Russia seems to be on an imperfect but essentially correct path. But those things may change and Obama doesn't care what happens if the wind changes its direction. The cancellation of any Czech role in the missile defense system has already been celebrated by the Russian media as a victory for the Russian diplomacy.

While Obama's administration may end up using very similar technologies that George Bush Jr would deploy, the political message has actually substantially changed. It has changed in a wrong direction.
Luboš Motl v 9:18 AM
Share