Update on Saturday 6 pm: I have completely digitized the HadCRUT3 zip file to arrays that are verified. There are lots of usually minor inconsistencies and missing entries but surely lots of useful data, too.

For example, below is the map of the stations I have made in a simple way. Does the distribution of the stations resemble something that you have already encountered somewhere? :-) 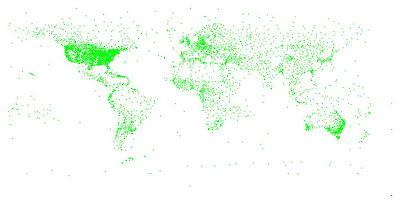 Ctrl/click to zoom in into a new tab. The map contains 5070 different coordinates of the 5113 stations - some of them had missing longitude and/or latitude (replaced by numbers like -199).

Text below was originally posted on Friday.

Many climate blogs and media have reminded us that the Met Office has released the raw data from the weather stations that the HadCRUT3 dataset is based upon. (This dataset is co-managed by East Anglia University which was the main player of the Climategate.)

I re-learned about the URL from Marko Dumić, thanks!


Met Office: web page with links and explanations
Direct link to the newest key ZIP file
Mathematica *.m file with all the data (by LM)
Command to import the array (30 seconds):
all = <<"path\\filename.m";


The unzipped files/directories have about 32-35 MB; the zipped ones about 8 MB.

I think it's cool and it's likely that I will spend many hours playing with it. Nude Socialist, a center of hardcore alarmism, has made a nice confession while informing about the data:


Climate skeptics, here is the raw data you wanted

Needless to say, the raw data from something like 3,000+ stations [official figure] (the directory seems to have 5,113 files and the same number of numerical IDs [LM's counting], however) is something that only climate skeptics are interested in. 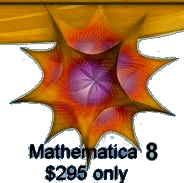 For example, the other "climate scientists" (who are neither Jones nor skeptics) would never ever dare to be interested in the historical local temperature data. That would be a heresy. They may prove "global warming" without any data whatsoever. Just find the appropriate segment in Al Gore's movie or a blog article at Joe Romm's blog. Consensus is immediate. Amen.

The candidness with which they admit that the alarmists are not interested in the observational data is striking. It's pretty clear that they must be proud about their lack of interest in the data.


At any rate, this is another victory resulting from the pressure that climate skeptics have exerted on the would-be official climatology. I have never been a key supporter of this struggle and understood that it may be time-consuming and distracting to convert the data you use into a form that is totally readable by others - but they have enough money for such elementary manipulations and it's great that they were forced to do it.

When you unzip the ZIP file, you obtain 99 subfolders called 01-99 (well, only 91 because 8 of them are missing - no stations starting with those digit pairs) and they contain 5,113 files. Each of them - or most of them - contain the historical monthly data from a weather station, together with some universal information about the station including name, longitude, latitude, height, normal temperatures for 12 months, their standard deviations, and so on.

I am kind of certain that I will eventually import it to Mathematica and create my own global weather record and other related things. If you know how to do it, you're invited to analyze the data, too. A simple task is to find a sufficiently long-lived weather station near your home and look what was happening with it over the (one or two or three) centuries.

I have already linked to many interviews with Václav Klaus but there are two new, provocative, and entertaining ones - mostly about climate change:


The first one is the same interview that was supposed to take place previously but it was stopped because they wanted Klaus to go through a metal detector, after 100 kids who were on their visit of the Australian Parliament. The interview was delayed and it finally occurred so there's no reason to make a scandal out of it - or to make Klaus a hero because of it. ;-)


One hundred years ago

Exactly 100 years ago, on July 29th, 1911, Prague experienced 35 °C in the shadow and 46-51 °C under the Sun (the higher figure is from Red Kostelec). People began to fight for bottles of soda. Horror in the cities as well as countryside, everything dry, fires etc. See the Centennial Courier, automatic English.
Luboš Motl v 6:03 PM
Share