INTEGRAL / IBIS: Lorentz symmetry at the Planck scale holds at 1 part per 100 trillion

Bob has pointed out the following June 2011 preprint:

They used IBIS, the imager on board of the INTEGRAL satellite, to look at gamma ray bursts in the Crab Nebula. The most relevant gamma ray burst allowed them to improve a certain upper bound on the Lorentz violation at the Planck scale by 4 orders of magnitude.


It's a fact that Nature - namely the weak interactions - violate the parity symmetry P, charge conjugation symmetry C, and their combination CP. So far, the Lorentz symmetry holds perfectly but if you imagine that the Lorentz symmetry fails at the Planck scale, for whatever rational or religious reasons, there is (almost) no reason why the following higher-dimension term (dimension-5 operator) in the Lagrangian coming from the Planckian physics shouldn't occur in the effective action:

This term is gauge-invariant and rotationally symmetric and it is suppressed by the right Planck energy scale where the Lorentz violation, picking a preferred unit 4-vector "n", comes from by the assumption. 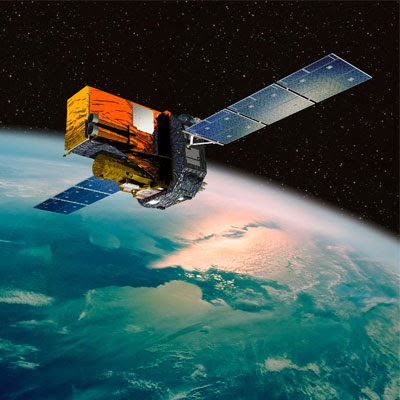 The most obvious consequence of such a term is the chirality-dependent modification of the dispersion relations:

where the sign refers to the handedness of the photons. When you have a linearly polarized light, as opposed to the circularly polarized one, the polarization plane will be rotating by the rate determined by the second term in the equation above. This effect would be known as the vacuum birefringence if it existed.

The experimenters could see polarized light in the gamma ray burst and the rotation plane wasn't rotating which allowed them to impose a remarkable upper bound on the dimensionless coefficient "xi" in the term:

In the natural Planck units, the Lorentz violation linked to the chirality-dependence is smaller than one part per 100 trillion. This is an amazing accuracy which, according to the authors, improves the previous bounds by 4 orders of magnitude.

Lorentz-breaking dimension-6 operators which would be compatible with supersymmetry remain experimentally unconstrained; the corresponding upper bound on the coefficient says that the coefficient is smaller than 10^{8} or so - well, it might still naturally be of order one, which is theoretically natural and so far compatible with the experiments.

However, it's fair to say that any non-supersymmetric Lorentz-breaking theory of the Planck scale physics that's also compatible with the parity violation in the weak interactions has been excluded with 14 orders of magnitude of a "safety margin". It's like if you need to destroy a Japanese city and instead of 1 Fat Man, you use 100 trillion Fat Men. :-)

You should better treat loop quantum gravities, degenerated special relativities - and all other "discretizations of spacetime", among other crackpotteries - as toxic garbage that you should better not touch.
Luboš Motl v 5:31 PM
Share