When I participated at IMO 1992 in Moscow, people were laughing that our year was so unlucky to have Moscow - but I am actually happy it was Moscow.

This year, kids compete in Amsterdam which I visited in 1997 and 2002, to make you start to think about functions with period 5 which you will actually find helpful momentarily. ;-)

Terence Tao will probably ask his readers to solve the most difficult problem, Q6. Phil Gibbs is modest so he chose Q1, maybe the easiest one.

As you know, I am even more modest, so let's start with a special problem for Miss USA participants of the IMO 2011:

A nice solution. Well, it was too easy. Here is a well-known problem for the climate alarmists: 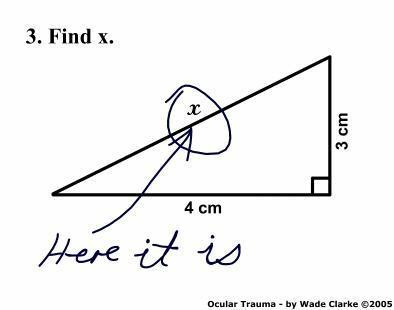 You may prefer some problems involving smiling faces:

Via Tetrahedral where you may find additional jokes.

Here are all the six problems and those from the previous years. Let me choose Q5 which looks easy:

If you can solve it, boast in the comments.

Czech top soccer league's champion, Victoria Pilsner, had defeated Pyunik Yerevan in the Champions League when it played in Armenia, 4-to-0. But what about the second match? Some people were afraid. I wasn't. A mile away from my home, on the "Pilsner construction site", our team smashed Yerevan 5-to-1, to make the aggregate score 9-to-1.
Luboš Motl v 8:09 PM
Share