Egypt vs bikini and Sphinx

It's been more than half a year since the revolts in Egypt and the direction which the country is taking doesn't look pretty.

Hosni Mobarak, a guarantor of relative decency in the country, was sacrificed by the confused West and the forces that your humble correspondent and others expected to be getting stronger are getting stronger, indeed. Of course that some people who just want to have some fun via Facebook and who have no idea what they're doing and why they're doing it aren't going to be those who decide about the fate of a country.

Since the beginning of the turbulent 2011 events in the Arab world, I was offended by the comparisons of the "Arab Spring" to the Prague Spring and the fall of communism. What do these mindless brainwashed revolting savages have to do with the ideals of freedom and humanism that energized the anti-communist revolutions in Central and Eastern Europe?

I finally realized that all the compliments that generic people in the West had said about the Velvet Revolution were just irrelevant babbling I should have completely ignored those 20 years ago because they're ready to say the same things about events that go almost exactly in the opposite direction. 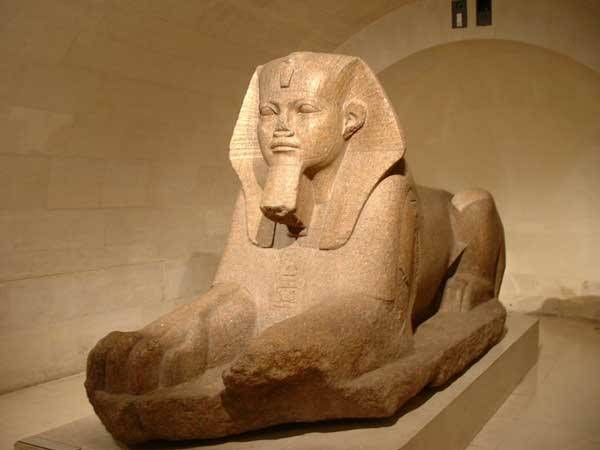 There will be presidential elections in Egypt in September and Parliamentary elections in October. International observers were banned by Egypt; that itself doesn't look too promising. It seems that roughly one half of the votes will go to the Muslim Brotherhood and another Islamic group, the Salafi group, that is even more radical. The Muslim Brotherhood presents itself under the ironic brand "Freedom and Justice Party". Funny. But not much.


The Jerusalem Post has shown us some major events that could take place in Egypt after a hypothetical - and in fact, pretty likely - aggregate victory by the Islamists. And I am not going to talk about the sharia law - but something more specific and seemingly less important.

The leader of the "Freedom and Justice Party" which is expected to get about 40% plans to ban bikini in Egypt. That's pretty tough because that's what the normal modern women are using when they swim in the Mediterranean Sea. Those folks apparently don't fully realize that they don't produce much so their well-being depends on energy exports and tourism, among a few other things. They are working hard to destroy both of these resources. 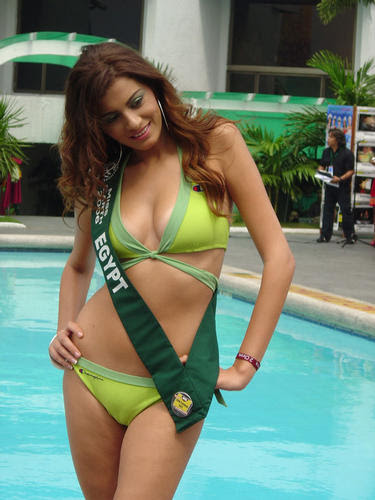 Meriam George, a Coptic Christian and Miss Egypt 2005, in bikini. A woman packed in a black bag is unlikely to be elected Miss by a careful jury.

To make things worse, the spokesman for the more radical Islamic group, the Salafi group Dawa (those folks will get about 10% in the polls - and maybe much more than that), said:


The pharaonic culture is a rotten culture.

So they plan to wax the Sphinx and/or make them inaccessible. Maybe they want to detonate them, too. Welcome to Iran 2.0 if they will. Make no mistake about it: the pharaonic culture is so far the greatest epoch of the Egyptian history. It's the Egypt we know; it's the Egypt that belonged to a dozen of oldest civilizations that established the modern mankind - one that ultimately began to differ from the other animal species.

The arrival of the Muslim bigotry more than a millennium ago was a huge setback for Egypt and for many other countries.

We will see how many people in Egypt actually realize that the brutal restrictions imposed upon tourists will also hurt their country - and that the Sphinx are viewed as very valuable objects and a part of the global historical heritage by the cultural part of the world. I am afraid that the percentage is not too high.

Sensible people in the West simply have to be worried about every place where the Islamic fundamentalism - i.e. Islam itself - gets some room to grow. An increasing number of people in Europe say that there is nothing such as a moderate Muslim. If someone is a full-fledged Muslim, he can't be moderate. There is a trade-off going on here. Many readers often object to this opinion but they may be wrong.

Look at this example. A blogger calling himself An Aligargh movement wrote the following about your humble correspondent a week ago:


From TPLEC [what is it?] Czech Republic With Derison [sic]

This is the quotation from the link given in our earlier post.

Again, this irrational person just can't get it. It's like trying to explain to a fundamentalist Muslim that Mohammed was primarily an aggressive medieval terrorist. Certain things are taboos for certain people.

(May Allah(SWT) forgive us for reproducing this blasphemy.)

The blogger is a well known sociopath called Lubos Motl from a tin pot little European country called Czech Republic. Such people survive and thrive in west [sic] because of their perverted sense of freedom of speech. May be west is having its swan song. (US is already sharing responsibility with China.)

Be sure that Allah (the *expletive* one) doesn't forgive you anything. It's his defining characteristic that he is unforgiving with respect to the blasphemous ones. ;-)

More importantly, freedom - and freedom of speech - is indeed one of the key conditions that have made the modern world - and I mean Western world including Czechia - so great. So the freedom and its champions not only survive but indeed, they are cherished and should be cherished as the true pillars of almost everything that is great about the modern civilization. The freedom doesn't mark the swan song of the civilization; it marks the beginning of its true greatness. We're just getting started.

Now, is the MARIPAT a moderate Muslim? If I knew he was in my hometown, I would surely call police as soon as possible because his presence certainly wouldn't look safe for me and thousands of other people. He looks like a typical fanatical Islamic terrorist whose comments may actually be classified as death threats. Only the guess that he is located somewhere in the bulk of the Islamic anticivilization is what gives me at least some feeling of security.

However, he may routinely arrive to a discussion forum and pretend that he is a physicist, or whatever. You won't find any sharp classification - any clear answer to the question whether he is a radical terrorist or a moderate Muslim - because there is no well-defined distinction.

A friendly Israeli message to the Egyptians (after the clashes near the border); the subtitles are important. ;-)

So far, the "Arab Spring" has only helped to increase the self-confidence of immoral blinded savages such as MARIPAT. It seems inevitable that such people will have to be reminded by someone what the result has to be if they will this aggressively promote the brutal anachronist and inhuman ideology called Islam that happens to exist even in the 21st century.

MARIPAT, you will have to get used to the fact that hundreds of millions of people in the world have realized that Allah (expletive omitted) is a pile of nonsense dragging one third of the mankind back to the animal levels of existence. You will have to learn how these hundreds of millions people on one side and you on the other side can peacefully co-exist. If you find it impossible, one of the two groups will have to cease to exist on this globe and it won't be the former one.
Luboš Motl v 8:00 PM
Share