Tonight, FC Victoria Pilsen was the only team that won on a hostile stadium.


The adjective "clinical" for the Pilsner play is kind of amusing; not sure whether it's the most objective one. Our team was surely unaffected by irrational expectations that it should behave as an underdog :-) - but otherwise its behavior was not really clinical but pretty playful.


It was clear that Copenhagen was considered to be a front-runner, especially by the Danish fans and experts. They don't know Pilsen. But they may learn it... ;-) The main reason why 1/2 of the large stadium was empty is that everyone was pretty sure that Copenhagen would win. 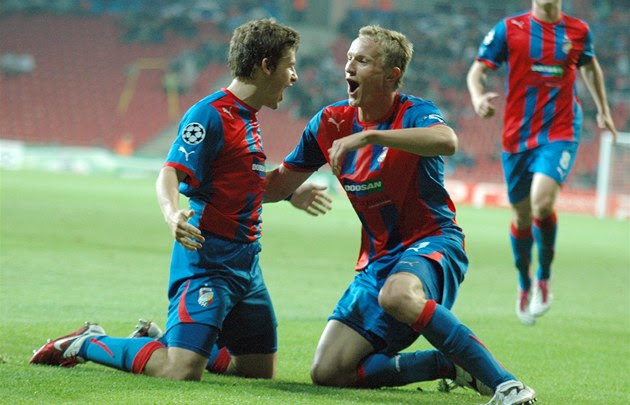 I think that from a rational viewpoint, there was not much reason to think that Pilsen should suddenly lose. Throughout the history, Pilsen has won all the matches in the Champions League and one would have to find a rational explanation why exactly the 5th match should become an exception to the rule. :-) Yes, Pilsen is the only team in the 2011 Champions League that has won 5 times in 5 matches.

Of course, your humble correspondent is partially joking about the rational justifications - but not quite. There's a question what time scale produces the best statistics to predict the results of a match. Pilsen, unknown at the international stage before 2011, may still have better predictors if you focus on the last year - which may be more meaningful for the "optimum" predictions than some historical books. Looking into historical records could be a sign of the lack of flexibility in learning about the current situation in European soccer.

In many of the benchmarks describing the match, Copenhagen had a slight edge - not a dramatic one - but from a broader perspective, it was more fun to watch the Czech team and the score corresponded to this impression. All four goals were shot during the second period.

A little bit more exciting presentation of the match than my clinical description. ;-)

Pilsen needs to lose by less than 2 goals next week (or 0:2 which would still be OK) - in Prague's Eden, as our "construction site" wasn't considered good enough for the reciprocal match (low capacity so far) - for it to play the main tournament (group stage) of the UEFA Champions League (and be paid unprecedented amounts of money in dozens of millions of dollars for that). Also, unless Pilsen loses too much next week, the Copenhagen interpretation of quantum mechanics will be superseded by the Pilsner interpretation, at least on the EU territory.

Petržela (tonight, he was a true magician with 175 cm and 65 kg), Horváth, Kolář played extremely well and Fillo scored the last goal in the 79th minute.

Fifty years ago, in August 1961, the Berlin Wall was first erected. It was after Kruschchev violated the Potsdam agreements by a new peace treaty with GDR that allowed East Germans to take care of the Russian occupation zones. People realized that they had to emigrate to West Germany if they wanted to save themselves from socialism and the wall was quickly built.

Plans for the third world war were very hot. Historians just showed how Czechoslovakia was supposed to fit into these plans. Nuclear bombs were of course the core of any strategy; evacuation of 2.5 million people from large Czechoslovak cities was assumed to take 8 hours. Efficient, indeed.

The Czechoslovak army itself had the task to conquer the Southern 1/3 of West Germany, including Bavaria, Nuremberg etc., and get to Rhine within 8 days. Not a modest plan. ;-) It's pretty clear that the Soviets themselves expected that the real outcome would be a complete destruction of the Czechoslovak army.
Luboš Motl v 11:05 PM
Share