May a bill save a country from bankruptcy?

Initially I didn't want to express my opinions about the U.S. debt because I don't want to use the language of an independent analyst to judge the most powerful, and moreover our allied, country in the world. However, I heard a host in the morning radio news who said that Obama, when he signed the bill about the increase of the debt ceiling, saved the U.S. from default. Such a statement deserves a few comments.


The painstakingly negotiated agreement between the U.S. Congress and the president - because the real issue was a political struggle and not the core of the problem - only means that even after August 5th (for two years), the U.S. administration may continue - without any change - to spend money for things that are sensible as well as meaningless, needed as well as unnecessary, productive as well as unproductive, motivating the citizens as well as the non-motivating ones (creating culture of addiction and non-work), etc. Nothing else has changed about the U.S. The state of the U.S. economy is exactly what it was one minute earlier.

America isn't unique but it is different. For example, Greece isn't capable of paying its debt so it either has to go bankrupt or it has to receive another loan which will actually be a gift and every reasonable person knows it. The U.S. isn't a member of the eurozone, it's not constrained by the euro, it is allowed (via decisions of the Congress and the president) to increase its debt, it may offer new treasuries and hope that someone will buy them up. If no one bought them, they would have to print new dollars and choose the inflationary path.

For the U.S., however, even this path represents a burden. The bonds always have a maturity date and one must pay the interests from the beginning. As long as the strength of the U.S. economy is considered unquestionable, the interest rate is low; if doubts suddenly emerged about this strength, the interest rates would reach the "Greek" level. While the world is no longer using a dollar standard, as it did for nearly three decades after World War II during the so-called Bretton Woods system, it's still true that the U.S. economy and therefore also its currency enjoys the confidence of the markets. Will it continue indefinitely?

It's self-evident that the U.S. economy slowed down in recent decades and various countries are catching up with it. What hasn't slowed down are the Americans' demands and expectations. One book after another is being published and tries to explain the reasons.

I wasn't excessively persuaded by the book by Prof Tyler Cowen from the very liberal (in the European sense) George Mason University that is titled The Great Stagnation (incidentally, it was published as an e-book), but the reasoning contained in it is inspiring, even though it is - in my opinion - flawed or at least insufficient.

The author essentially says that America has already "picked all the low-lying fruits" and now it has to try to reach for fruits that are less accessible, that are located higher. The listed examples of low-lying "fruits" include the (diminishing) unused land and soil (is it really happening now or did it take place 100 years ago?) or the deceleration of the revolutionary breakthroughs in technology (he may have a point, despite all the chatter about the ongoing scientific and technological revolution or "knowledge economy" - the invention of printing was more important a revolution than the invention of the telephone, the invention of the telephone was a greater breakthrough than the invention of the cell phone, etc.), but none of these two things is the cause of the recent deceleration of the U.S. economy - accompanied by a non-accelerating growth of the demands.

Interesting and for me understandable is another low-lying fruid - education. The contribution that education brings to the society (despite all the populist mumbo jumbo in this direction!) is diminishing. The degree of people's education level has jumped tremendously in recent decades but the benefits of the "every Czech/American is a college graduate" policy has been modest for quite some time. The U.S. was already the most developed country of the world 100 years ago even though only 0.25% of the Americans would attend a college and only 6.4% of the people (in one year or age group) completed the high school. The current values of these numbers are 40% and 74%, respectively (I am quoting from an article in the Regulation Magazine, Summer 2011, page 52). Trying to increase these numbers won't bring anything good in America or in our homeland - or it will bring very little - and a lot will be lost because the "educated" people no longer want to do the kind of work that is important but for which the college isn't useful (and it's been like that for a long time). P.E. Barton in his article How Many College Graduates Does the U.S. Labor Force Really Need? (Change, January-February 2008) rightfully criticizes the persistent misconception that "the demand for employees with a university diploma is quickly increasing." I agree with him that nothing like that is true and just like him, I see that "in every decade, the number of waiters and waitresses with a college diploma goes up."

The fashionable attitude that "thinking", meditation, reflection, and philosophizing is more than "work" is undoubtedly one of the big evils of the current world. Of course, this is tightly linked to the subsidies for education (which therefore "hangs low" and everyone is trying to pick it). For people who aren't used to think too much, I have to repeat both things to avoid misunderstandings - the benefits of education are enormous but the benefits of every additional body of knowledge is much lower and sometimes it converges to zero. This is an elementary pattern (one of the basic laws underlying economics) and it applies to all human activities. It is indeed possible that the original benefits of the increasing knowledge in America have already been exhausted.

But the reviewer of Cowen's book in the Regulation Magazine, David Henderson, correctly says that there are other, low-lying fruits that no one is trying to pick - deregulation of the economy, elimination of the addiction of a huge number of people on welfare benefits, reduction of the government, its bureaucracy, and its interventions, elimination of the increasing debt. 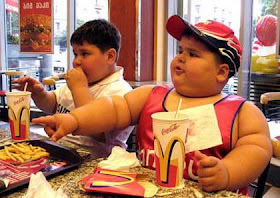 This brings us to the original question which is whether or not one should cheer because the debt ceiling was broken once again. I don't see any reason to rejoice - America has clearly said that it doesn't want to tighten the belt; on the contrary, it has perforated one additional hole in it. However, it may happen that someone will take notice - and he has taken notice. When I was writing this text, I received a text message to my cell phone where the Czech Press Agency (ČTK) reports: "After the S&P rating downgrade of the U.S., China has criticized the U.S. for the debts and it questioned the U.S. dollar as the reserve currency. China calls for an international supervision over the dollar."

I haven't made up this chronological coincidence. China can't possibly have an interest to question the dollar because it's way too invested in it - but the times are changing. Who will invest into the new hole on the belt if China won't? The signature below the bill about the increase of the debt ceiling was a marginal move that doesn't solve the situation but it was a wrong signal for America, for all new Greeces, and I am afraid that even for many people among us.

Just one link and short story.

Last week, Klaus' provocative adviser Petr Hájek criticized the center-right Prague mayor for his institutionalized support of the first Gay Pride parade ever in Prague. In Hájek's opinion, such support encourages a society where a deviation becomes a virtue.

Social democrats and Public Affairs (VV) demanded an apology for this "attack on gays" and wanted the Czech President to chastise his aide. However, Klaus has resolutely rejected this attack on the freedom of speech, saying that the parade isn't about homosexuality but about homosexualism - a new movement analogous to feminism, humanrightism, climatism, and many other -isms - and homosexuals should be tolerated but not worshiped.

On Monday, Klaus lashed out at ambassadors of 13 countries to Czechia. Their petition to support the Gay Parade is an unprecedented and unacceptable intervention into the democratic mechanism of the hosting country, something that would be unimaginable for Czech ambassadors to any other country.

Business Insider and many others confirm that the European Central Bank's intervention did help and the Italian yields dropped by 1% in the 2-year case and 0.5% in the 10-year case. Maybe the verbal announcement that they would be doing it was enough. ;-) If that's true, however, the impact could be temporary and they will ultimately have to buy them for real.

You know that I am generally against such interventions but I actually do agree that this is sensible. The eurozone is not my business, I have nothing to do with it, but the ECB sets the monetary policy and in this sense, it's the institution that is responsible for the impact of its decisions. The eurozone is not an optimum currency area - as pretty much everyone knows by now (even though some people are still afraid to admit this important fact) - and there are inevitable losses. The inflation is kept low which is bad for the economy of the PIGS etc. so the ECB is kind of morally obliged to help those countries that are most negatively affected by the unified monetary policy. In some sense, the ECB - and the countries that find the eurozone monetary conditions OK - are paying to the others for the damage caused by the shared currency.

Moreover, I think that the Italian bonds are probably oversold and Italy is not in any real risk of default, so the decision to buy the bonds at these oversold levels (high yields, low price for bonds) is actually likely to be profitable for the ECB.

People should start to rationally think about how to restore the PIGS' individual currencies - or maybe their common Peripheral Iuro Gulden - 1 PIG for short. ;-) Meanwhile, the protection of the sustainability of the debt of countries that suffer under the strong euro seems legitimate to me. Still, there should be some selection in it. Countries like Italy that are trying hard to keep their house "in order" should have a priority in getting some help.

You know, the ultimate honest reason why I understand the need for many of these interventions is that I am just fed up by the ever strengthening talk about the collapse of the whole world economy, capitalism, civilization, and so on. I think it's nonsense but the higher percentage of people take this nonsense seriously, the more crippled the global markets become. None of the aids is optimal but there's still a lot of maneuvering space left and even if a total collapse would be necessary, it would still be possible to delay it by decades. ;-)
Luboš Motl v 9:07 AM
Share