Once more: gravity is not an entropic force 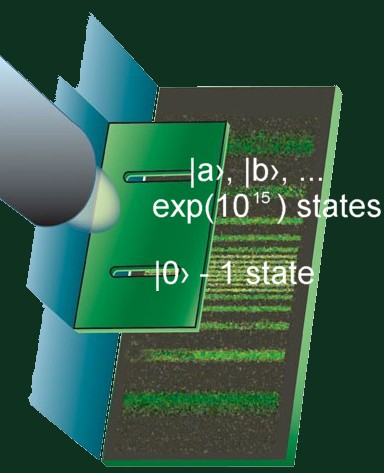 Archil Kobakhidze of the University of Melbourne (where my uncle has taught maths since the late 1960s) released his new paper on the arXiv,


Once more: gravity is not an entropic force

He repeats and refines his arguments from his September 2010 paper, Gravity is not an entropic force (Phys Rev D 83, 2011), and he kindly cites your humble correspondent's January 2010 blog entry, Why gravity can't be entropic, as the first source of the argument that an entropic force predicts the disappearance of interference patterns that are however beautifully seen in neutron interferometry (see e.g. Nesvizhevsky et al. in Nature 2002: PDF free for a recent paper in this research direction that began in the mid 1970s: PDF) - a point that Kobakhidze (as far as I know) realized independently of me.

What motivated him to write another paper was, among other things, an April 2011 preprint, On gravity as an entropic force, by Masud Chaichian, Markku Oksanen, and Anca Tureanu. This paper contains some invalid criticism of Kobakhidze's paper which is why Kobakhidze decided to explain the flaw in a new preprint.

In particular, when we talk about the distance-dependent entropy, it's a feature of a physical theory that holds both in the quantum theory Q and in the classical limit C. And in the quantum theory, it automatically destroys the interference patterns because there exists no one-to-one way how to link microstates at different separations (because their numbers differ). So there can't exist any quantum theory that preserves the interference but that still produces a classical limit with a distance-dependent entropy.

Kobakhidze looks at a particular method used by the three authors to mask the error in their paper: they try to hide the distance-dependent character of the number of microstates - which is the very defining feature of Verlinde's proposal - by using different conventions for coarse-graining at different distances. Of course, this is just a trick to fool themselves (as well as insufficiently careful readers of their paper). If one uses a self-consistent description and a fixed definition of the entropy, the entropy simply does depend on the distance between the gravitating bodies (such as the Earth and the neutrons) and the interference pattern disappears.

In my opinion, Kobakhidze also tries to present Verlinde's proposal in a maximally comprehensible, no-nonsense way. Instead of accepting the usual potential force as found by Newton,
\[ \vec F = -m \vec \nabla \Phi,\] one must adopt an entropic force that depends on a temperature and an entropy,
\[ \vec F = T \vec \nabla S. \] The temperature should be associated with the Unruh temperature which depends on the gravitational acceleration. This assumption is very problematic and probably inconsistent by itself because different pairs of bodies would have different temperatures which means that they couldn't be in a thermal equilibrium.

Fine. Ignore that the temperatures in the real situations would be highly non-constant which would lead to a huge heat transfer and irreversibility. Kobakhidze writes down what the formula for entropy \(S = S(r)\) as a function of the distance has to be,
\[ S = 2\pi m \log(r/r_{\rm Verlinde}). \] I've integrated his formula for \(\vec \nabla S\). An unknown distance scale, \(r_{\rm Verlinde}\), really has to be added as well which is almost certainly another inconsistency but that's not the way how Kobakhidze shows that Verlinde's theory is falsified by the observations.

Lisa Randall's new book on particle physics and philosophy of science, Knocking on Heaven's Door, will be released on September 20th. Pre-order now: I've read it thrice, it's great.

Kobakhidze realizes that the number of microstates depends on the distance. But in agreement with his previous paper, he still assumes that the neutron may be associated with a wave function. If you try to do so, however, the momentum operator in quantum mechanics inevitably contains a non-Hermitian piece which takes care of the separation of the wave function among many microstates when the number of microstates goes up:
\[ \hat p = -i \frac{\partial}{\partial r} - 2\pi i m. \] Well, this is too optimistic because the relative phases between all the microstates would be undetermined and would evolve chaotically because of small differences in the energy between the macroscopically indistinguishable microstates - which would eliminate any trace of quantum coherence. But even if you assume that the quantum coherence is preserved, you get totally wrong new and very large terms in the Schrödinger equation that will obviously predict that the neutron interferometry experiments should see something completely different than what they do see.

If you think that Verlinde's proposal has not been falsified, just explain the neutron interferometry experiments with his theory! Define some microstates so that the entropy depends on the distance according to Verlinde's description. And then try to derive the usual Schrödinger equation for the neutron in the external potential - which has been experimentally observed to govern the neutrons - from your original Hamiltonian for the neutron-Earth system by defining the state \( |h\rangle \) for the neutron at height \(h\) as a linear combination of your many microstates (whose density depends on the height \(h\)).

In advance, I can assure you that your attempts will fail. The very meaning of the entropic force is that the coherence is lost whenever the force acts, so the information about the relative phases of the neutron's wave function will disappear. Try it and if you fail - and you will surely fail - please stop with the nonsensical suggestions that Verlinde's proposal could still be OK in some way. Its very fundamental assumptions contradict some experimentally established pillars of modern physics.

If you couldn't have figured this simple thing out for more than 1 year, it's pretty painful, but if you will fail to do so for 2 or more years, it will be even more painful. ;-)
Luboš Motl v 12:02 PM
Share