BBC and the world's best feminist scientists have spent decades by the search for a social explanation why the percentage of women in natural sciences is well below 50 percent.

Finally, they have found the culprit:


The subtle messages that put women off science


As you could have expected, the culprit is female herself. Her name is Dr Holly Goodhead.


If you don't know who Dr Holly Goodhead is, well, she is a scientist. In the video clip below, she is performing a courage test on a specimen of homo sapiens named Mr James Bond. :-)

The best female scientists available to the BBC claim that this 1979 movie about Agent 007 is the reason why the percentage of women in 2011 is well below 50%. How does it work? Well, we're told that it works like that because Dr Holly Goodhead is sexy! Sexy women repel most women from science. 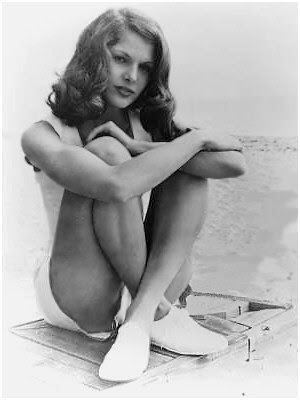 You could call Houston and tell them that we have a problem. If the women are being pushed out of science by this mechanism, and if both ugly and sexy women are able to do this damage, the only solution is to remove all women from the media. But that won't work, either. The female scientists have determined that the shortage of women on TV also discourages girls from becoming scientists! :-)

If you combine all these constraints, well, you may agree that it is a very difficult problem. There are four main enemies of the feminist utopia on the composition of the scientific community. Their names are Spring, Summer, Autumn, and Winter. :-)

More seriously, it seems obvious to me that the statements are just bogus. Dr Holly Goodhead is cool but we may enumerate physicists - even particle physicists - who are not that far from her in many respects; I saw a link to the BBC story on the Twitter account of one of them and another discussion about the BBC story on the Google Plus account of another. ;-) And there are also TV programs and sitcoms, including The Big Bang Theory, where some of the female scientists are neither super-sexy nor super-ugly.

The feminist scholar also complains that women scientists are largely absent in the media. Well, you may look into the blogosphere that doesn't depend on the filtering by anyone else: you will find the same - and I would say that even larger - underrepresentation of women in the scientific blogosphere.

It's actually because things such as the scientific blogosphere reflect the genuine level of interest - in this case interest in sharing or spreading of ideas about science - that the men and women have. There is no filtering by chief editors; and there is no affirmative action. The result is exactly what you see. Bloggers focusing on natural science have a male-to-female ratio that arguably exceeds 10-to-1.

It's the other institutions where the ratio is closer to 1-to-1 - and it's because in those other fields, the composition is being artificially engineered to be closer to 1-to-1. It's called affirmative action, reverse sexism, and political correctness. It's one of the diseases spoiling the contemporary "postmodern" society.

I wonder for how many years or centuries Dr Holly Goodhead and similar entities will be used as excuses by the not-really-scientists whose main goal is to deny some of the basic laws of biology. Well, the BBC adds another hilarious piece of comedy when they predict that women will reach parity in civil engineering in the year 2109 :-), in physics in 2060, in 2042 in chemistry, and 2021 in biosciences. Good luck with your predictions. :-)

If you complain that the pictures of women on this blog are rare and too conservative, then I apologize. But it's because I must be more conservative than Christopher Booker haha.

For various mostly biological reasons, women's percentage in physical sciences is lower than men's. But the likes of Ms Rachel Tibbell, a feminist scholar, are making the contrast between rational men and not-so-rational women even more flagrant than what you could have imagined. It's normal if the percentage of women who can master quantum field theory is relatively low while nonzero.

But Ms Tibbell is a representative of the stupid women of a much higher caliber: in fact, she is so dumb that she must genuinely believe that the sexy appearance of Dr Holly Goodhead from a 1979 Bond movie may be the reason why not too many women become top scientists. I am pretty confident that all men laugh at the stupidity of this idea, at least when they sit at home and aren't observed by the PC police.

Hasn't Ms Tibbell and her comrades looked into the mirror and observed how incredibly superficial she is and that some of this particular kind of stupidity and focus on the irrelevant appearances could also be the actual reason why the percentage of women is (and will remain) low?

One of the things that defines a scientist is that he or she looks under the superficial appearances. The scientific spirit leads a curious person to analyze the internal details of objects that surround us. Because Ms Tibbell can't get rid of the idea that the appearances of Dr Holly Goodhead are the most important thing and the ultimate explanation of all the key questions Ms Tibbell wants to be answered, it proves that Ms Tibbell is unable or unwilling to look under the makeup.

She's not the only woman who can be described in this way. Even though men of this sort - metrosexuals - also exist, their percentage is lower. And this is also one of the actual causes why women are less likely to become top scientists. The character of Ms Tibbell's own research screams a clear message: it contains the actual explanation why women are less likely to be into science.

Boys see attractive as well as unattractive male scientists on TV but it just happens that this fact doesn't reduce their percentage in science below 50%.

At any rate, those people - mostly ladies - believe that Holly Goodhead is so sexy that she's the cause of the underrepresentation of women in science. In the same way, the culprits responsible for the global warming denial have also been found. It's the CWMs, Big Think says. If you don't know what this acronym (used 12 times on that page) means, it's the conservative white men! If the CWMs believe something, it must surely be wrong. Everything they have done in the past was wrong as well - for example, they have built the civilization. :-)

In the BBC article, Dr Ottoline Leyser, an eminent plant biologist, adds another funny twist. She believes that in 1993, her son was actually in her stomach. Well, a plant biologist doesn't have to know animal anatomy, does she? ;-) Well, this particular comment was probably meant as a joke but she may have avoided because she could have figured out that her sentence would be included in a very stupid article linking the composition of the science community to secondary characters in a Bond movie, so her "stomach" comment would look approximately as serious as the rest of the text.

The final part of the BBC article is dedicated to maternal duties. It makes the following suggestion:


And perhaps most crucially, she adds: "Children have two parents - and men have been happily having careers in science for a very long time."


That's right. It has been a long time, indeed: at least for millions of years, men were more likely to work on better weapons to hunt or whatever was the dominant science of their age, while women were more likely to take care of the babies. That's why this difference, whether or not this arrangement was inevitable, became hardwired into our brains and DNA molecules.

It's great if father spend more time with babies but you will probably not undo this difference that it seen in most mammals and is linked to tens of millions of years of evolution by the year 2060.
Luboš Motl v 6:09 PM
Share