In 1896, chemist Svante Arrhenius of Sweden became the father of global warming, the grandfather of climate change, and great grandfather of the climate disruption when he proposed a quantitative relationship between the concentration of carbon dioxide and temperatures.

By the way, using a modern language, his value of the climate sensitivity was around 5 °C, close to the insane upper end of the alarmist spectrum.

The advocates of global warming panic want to protect the world for children so that they may still grow in the future. As this Thursday June 13th, 1912 article in "Kilmore Free Press" shows, Svante Arrhenius had the same goal as his followers. And he has actually done something to achieve this goal. Or at least he thought that he had.

His strategy involved electricity, the "force of life", and if you decide that Arrhenius was presenting himself as anything else than a crank, the article I retyped below may also explain why the the Swedes are so tall and rather smart these days. ;-)

Growth of Children Perfected by Electricity (1912)

A remarkable experiment has been carried out in one of the public schools of Stockholm, whereby the mental and physical growth of children has been greatly stimulated by electricity.

The experiment was made at the suggestion of the distinguished scientist, Professor Svante Arrhenius, who recently advanced the interesting theory that life was spread through the universe by germs driven by the force of light from one star to another.


The walls and ceilings of the school were lined with a coil of wires, through which a high frequency circuit was passed. The children in the room were then in the position of the iron core in the centre of a coil. Such a core, as everybody knows, becomes highly magnetised.

Fifty children were kept in the room under the electric current, while fifty others of the same average age, size and mental development were kept in an adjoining room without electrical treatment. A careful comparison was made of the growth and mental progress of the two sets of children. 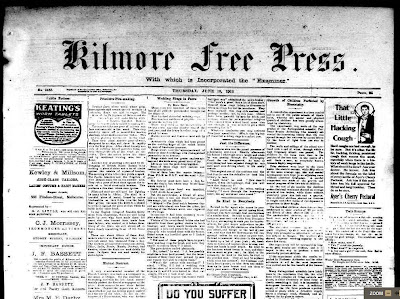 At the end of six months the children under electrical treatment showed an average growth of two inches, while those without electricity grew one inch and a quarter. The electrified children showed an increase in weight and other forms of development in proportion to their height. 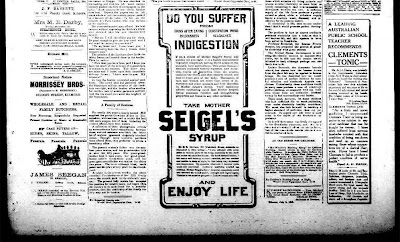 The electrified children appeared to be much brighter, quicker and more active. They were prompter in attendance and much less subject to fatigue. The teachers also showed superior working capacity in the electrified room.

The experiment will be continued as long as its good results are evident, and it is hoped in this way to produce a race of practically perfect children.

If the experiment yields the results expected by Professor Arrhenius and its other advocates, it will be the most important ever carried out for the benefit of the human race.

Many distinguished scientists have lately come to the conclusion that life, the vital force which actuates all living animals and plants, is either electricity or some force so closely resembling it that it is impossible to distinguish between the two. A sufficient supply of the life force produces a perfect animal or plant, while a defective supply leaves a creature weak, diseased, and inefficient for its place in nature.

If electricity is life, then we can understand that it would promote perfect development.

The problem is how to convey artificially produced electricity into a body so that it will become life, and this appears to have been solved in Stockholm.

Professor Berthelot, the famous French chemist, has promoted the growth of plants by electricity with great success.

The United States Government is now using the electric current to increase crop yields, but in this case the results are attributed to heat, although perhaps not entirely due to it.

Luther Burbank, the American botanic wizard, has shown how the lessons drawn from the plant life may be applied to human beings. He has described how he would produce a race of perfect children by careful selection and absolutely hygenic conditions. Undoubtedly these conditions would in many cases produce a race of relatively perfect children, as compared with the little ones whose lives are ordinarily blighted today by bad surroundings and habits.

There must, however, be many children who lack sufficient life to reach perfection, even under absolutely healthy conditions. We most also look forward to reaching a higher standard of perfection than any yet attained. To supply new life force in such cases is the object of the Stockholm experiment.

It is said that ozone was freely disengaged in the Stockholm classroom, and this may have had a beneficial effect on the children, but all the remarkable results obtained cannot be attributed to it.

Thanks to Steven Goddard.

See also Nazi father of global warming apocalypse and The roots of environmentalism.


Casper managed to complete a few words that were almost invisible: thanks. If you manage to find a mistake in the transcript, let me know in the comments. Retyped by L.M.


I think that this "electricity grows children" paradigm is complete pseudoscience and it seems amazing why this kind of stuff was believed as recently as in 1912 but if you tell me that there's something about it, I will happily listen.

(Moreover, the description shows that the children were not exposed to electricity - like electric charge - but electromagnetic waves in the low radio frequencies. It may impact humans in some way but we usually say that it is a negative way today - who knows.)

Note that there are many amusing details in the article. For example, the U.S. government tried Arrhenius' method to improve the crops, but paradoxically another effect vaguely linked to Arrhenius - warming - was the actual reason behind their encouraging results.
Luboš Motl v 5:55 PM
Share