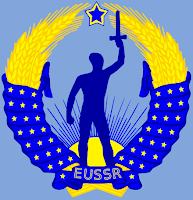 The homeopathic pills for the cows are not the only marvelous thing that the European Union is paying millions of euros for. Last November, the EU has established a center of climate excellence called Czech Globe and it has paid over €25 million ($35 million) for its initial research.

There was no reason to doubt that this investment would quickly upgrade the Czech nation from a hotbed of climate skeptics to the most successful nation of concerned climate researchers. Why? The boss of the Czech Globe, Mr Michal Marek, is a jovial woodman. And their top researcher, Mr Alexander Ač, who has repeatedly honored us with his visit among us, the mortals at TRF, is an undisputed genius who has predicted the collapse of the world at least 1,917 times (James Hansen only has 1,434 successes so far).

The only other candidate to become the top Czech climate scientist has unfortunately forgotten that it's safer to push the tree to the opposite side than the side where you're standing (click the image for the story). This has made Mr Marek unique...

In the spring, we would read about the results of research at Czech Globe at their www.czechglobe.cz website every week. They would calculate and announce e.g. that "all rivers in the Czech Republic would evaporate by next Friday". On the following Saturday, their newer and even more accurate paper said that "all the rivers would be gone by Sunday evening'.

On May 27th, 2011, they wrote their last press release, inviting visitors to a discussion with an amazing, extraordinary personality who is nothing less than a French member of the IPCC! Unfortunately, they didn't realize that the Frenchman wouldn't be able to speak Czech so the event was kind of a bummer. Since the end of May, we haven't heard about any work at the Czech Globe. The comrades in the European Union shouldn't expect to get more than ten kilobytes of research about the end of the world for small amounts of money such as €25 million if they pay these funds to important people such as Mr Marek and Mr Ač. The best woodmen in the world are not that cheap, Mr Barroso.


However, a miracle just occurred. The lead researcher of the Czech Globe, Mr Alexander Ač, has just found the equation that governs the doomsday on Earth, thus revolutionizing and re-energizing all of climate science. To be able to present these groundbreaking results in a professional way, the Czech Globe has also bought a new font for €2 million. They asked Michael Mann for the permission to use his hockey stick and they extrapolated the hockey stick past the peak, too.

The resulting discovery by Mr Alexander Ač – which became a logo of his famous blog – looks like this:

Wow: it's beautiful and deeply penetrating. The equation is somewhat nontrivial – if it were simpler, it would have been discovered by less exceptional a genius than Mr Alexander Ač – so let us spend a few hours by studying it. It says that

Please, look at Ač's master equation above – the most precious and most expensive result of the professional Czechoslovak theoretical science ever (about €10 million for this equation) – and try to understand it. It's nothing as easy as \(E=mc^2\) because you know, Albert Einstein was no Alexander Ač. :-)

You may also check some other research of our most expensive scientist. Most of the recent results have been about the collapsing world economy but there are of course regular stories about the climate doom and the need to ban fossil fuels (especially tar sands), too.

What is he working on for the last euros that are left from the €25 million fund? He joined his U.S. colleague, James Hansen, and is thinking about ways to arrest our president and foreign minister for their usage of the Družba Pipeline and the Ingolstadt (IKL) Pipeline: see the map above. The most important question that has to be figured out is what kind of a paddy wagon will do the best job if increasing the politicians' intelligence sufficiently so that they will close all oil pipelines on the Czech territory, thus opening the path towards the ultimate economic paradise on Earth.

The message of this success story is clear: when the best, most politically correct representatives (who elect each other, to further improve their qualities) get the right to redistribute the money of a continent, even as little as €25 million is enough to find a priceless equation and to write it down in the most beautiful, most readable, and most colorful fonts you may imagine. That's this efficiency that puts Europe centuries ahead of America or at least Antarctica, North Korea, and other competitors.

A state-of-the-art climate model that Dr Ač and his colleagues are working with all day in their research efforts to find the best police van that will be used to citizen-arrest our politicians.

The American imperialists will surely try to imitate the most amazing policies controlling our advanced continent – and they're already working on it – but it will take centuries for them to match our present European level of sophistication and precision.

But we, the Europeans, are not egotists. We want our best ideas to be available to the whole mankind. That's also why we established the United Nations which attempt to create a kind of the European Union at the global level. Its chief, Ban Ki-moon, today finally vowed real results on climate change. This time, we will really command the wind and rain, he promised. Kiribati's president and environment minister were praised by Ban as "standing on the frontlines" of the global warming debate. They would never write a paper that is as heretical as the paper by Spencer and Braswell.

The president Anote Tong (left) and the minister of environment Annette Tong (right) were among the viewers of Ban's prayers. They were happy. Kiribati is not just another country: they are the champions in waste reduction in the Pacific. You can see how their president Anote Tong is, using his left hand, reducing waste even on the picture above.

Would Rick Perry or another would-be U.S. president be able to use his left hand in this environmentally friendly way? America clearly needs to import a leader from Kiribati or, which is similar when it comes to the sanity and sophistication, from the EU or the U.N.
Luboš Motl v 3:35 PM
Share