The Dutch plan to build a mountain

A few weeks ago, Thijs Zonneveld, a young journalist and former professional bicyclist, revealed that he had always been frustrated by his country's flatness. His sentiment is apparently shared by millions of people in the Netherlands who feel just like a physically oriented, self-watching woman who is not busty.

When he was a kid, Zonneveld would be drawing extra hills on the maps of Holland whose highest mountain, peak, or bump, Vaalserberg, about 323 meters above the sea level, is lower than many hills on the territory of Pilsen. ;-) In an interview, he was dreaming about a man-made mountain that could be used by alpine skiers, bikers, and many others.


So the result is that hundreds of top Dutch construction and engineering companies began to work on their project to build a 2,000-meter-tall anthropogenic mountain on the Dutch territory. :-)

See Wired and others.

The planned budget is about $0.4 trillion dollars, roughly 1/2 of the Dutch annual GDP. The Swiss are already nervous about the artificial Alp(s) because they could lose the Dutch tourists so they have filled the Netherlands with billboards arguing that the original is always better: the Swiss mountains are as tall as the flat Holland is beautiful. ;-)

While building a man-made mountain which requires to lift lots of material to those 2,000 meters, the Dutch could also use their countrymate's ingenious insight that gravity is not a fundamental force; instead, gravity is just an illusion described by a $50-million crackpot paper about the entropic forces. :-D 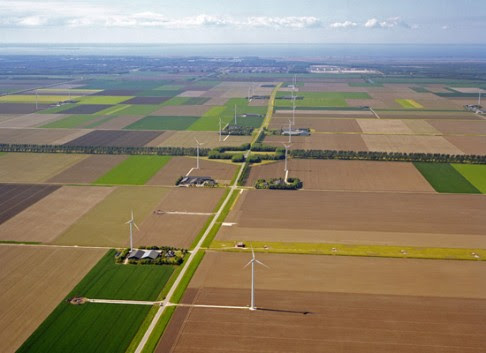 Edwin Abbott Abbott was clearly inspired by the Netherlands when he wrote his "Flatland".

Make no mistake about it: the 2,000-meter mountain would have to be hollow, a kind of a big building. Otherwise you would need dozens of cubic kilometers of stuff. Note that a cubic kilometer of water weighs a billion of tons and because the relevant materials would probably be even heavier, the Dutch friends would need hundreds of billions of tons of stuff. Homework: compute the potential energy of this mountain and the price of this energy when interpreted as electricity. Because the height of the biggest pyramid in Egypt is just 138 meters or so, the Dutch mountain would have a volume that is 14.5 cubed times i.e. 3,000 times greater than the pyramid which is pretty ambitious.

However, it doesn't look "immediately impossible" to build a hollow construction that just covers a big area, has lots of slopes, and so on. I guess that it could be as easy or as hard as to build a 2,000-meter-tall building with chutes around it. But it might be cheaper for them to buy one such a mountain e.g. in Czechia or Slovakia. For example, Ďumbier, the highest peak in the Low Tatras (Slovakia), has elevation of 2,043 meters which is about what they need. The new Dutch peak, Van Het Nieuwe De 't Ďumbierhaven Huisen, might be cheaper than $0.4 trillion.

Even during the Luxembourg Dynasty's reign in the 14th century, the Czech Kingdom didn't quite reach the sea. You have to go to the late 13th and early 14th century to see Czech kings who controlled huge lands from the Adriatic Sea to the Baltic Sea.

Of course, I am just trying to discourage the Dutch engineers from building a wonder of the postmodern world. In reality, I am already working on an artificial Czech Ocean which could start on the Czech-Austrian borders. The Czech Kingdom hasn't had access to the ocean for 700 years or so and I've been always drawing seas around our territory.

Speaking of the Netherlands, it's one of the four EU countries that will probably vote against a segregation of a new Palestinian state within Israel's territory. The Dutch share this opinion with Germany, Italy, and Czechia. 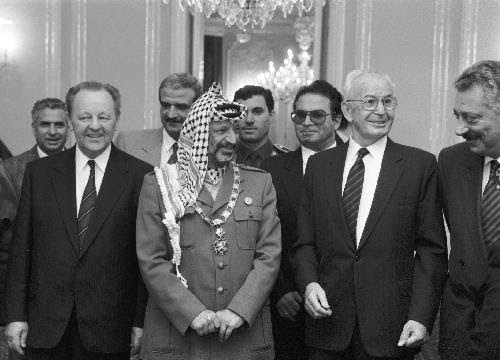 Czechoslovakia has always had good relationships with Israel but in the late 1980s, we still had a special period in which the Palestinian officials were our ultimate comrades. ;-)

On this picture from October 18th, 1989, exactly 30 days before the Velvet Revolution, Yasser Arafat in between the communist boss Milouš Jakeš (left) and President Gustáv Husák (right) – the two top Czechoslovak jobs were split since 1987 – are smiling because they just gave the highest Order of the Double-Tailed Lion to Arafat.

In the 1970s and 1980s, Czechoslovakia exported a huge amount of machinery and weapons to Syria. Syria's debt to Czechoslovakia reached $0.9 billion or so: Syria was among the Czechoslovakia's top debtors. Only relatively recently, we managed to force the Assad dynasty to repay the debt.
Luboš Motl v 5:30 PM
Share