A few months ago, physicist and climate skeptic Prof William Happer of Princeton wrote this article:


The Truth About Greenhouse Gases: The dubious science of the climate crusaders

for First Things. An extensive 42-page reply has just been released. It was written by Dr Michael MacCracken, a fat cat alarmist.


The Real Truth about Greenhouse Gases and Climate Change: Paragraph-by-Paragraph Comments on an Article by Dr. William Happer

The length is impressive, indeed. 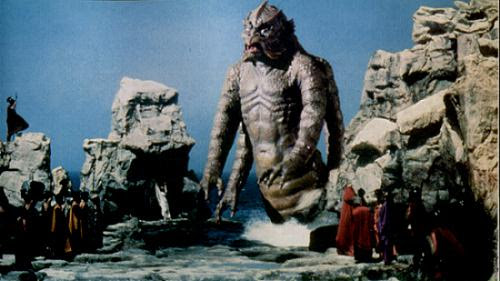 Kraken: note how friendly it or he or she is. It only becomes MacKraken once the meat is processed by McDonald's. Sorry, I need this picture to be reminded that his name isn't MacCrackpot. Still, I apologize if I ever misspell the Gentleman's name in the text below. For example, I may misspell his name as MacA****le because these words just look almost indistinguishable to me (when I imagine the content behind them).


MacCracken divides Happer's text to 43 points and replies to each of them. It's very long so you surely expect some compactification. I don't expect a typical TRF reader to read the whole text by MacCrackpot; I didn't read every word, either. Here is an abstract:
Sorry, I won't fix the mistakes because it's very time-consuming and this arrogant MacAsshole is just driving me nuts. And I just find it offensive when a political fat cat such as MacCrackpot feels that the environment allows him to attack a scientist who is orders of magnitude more achieved than himself.

Just compare the papers by William Happer, including a paper above 1,000 cits and 6 above 100, with those by Michael MacCracken, with only one paper above 100. It's just silly: MacCrackpot is just a zero. But he gets a position in a climate.org pressure group so he immediately feels the support to officially attack Princeton physics professors.
Luboš Motl v 10:33 PM
Share