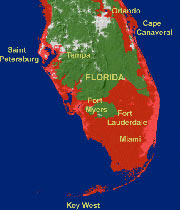 The newest scientific research of the consensus scientists has determined that global warming will wash away climate deniers in Florida, before the septic tanks will fail:

This is their real title; I didn't make it up. The lead researcher of the Florida Atlantic University-affiliated study described the details of the horrifying death of Florida predicted by the holy prophet, Al Gore. He is visibly excited by the possibility that the number of climate skeptics could drop once Florida ceases to exist. 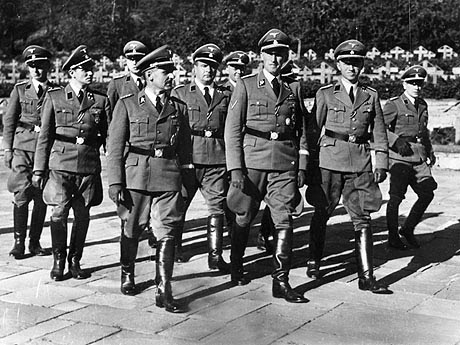 This scientist, Dr Barry Heydrich, insisted that once he began to give talks at schools together with eight other prominent colleagues (see the picture), deniers became a "diminishing presence". ;-)


Well, the situation seems to be very different at the amazon.com home page of Donna Laframboise's Kindle e-book about a nasty teenager who was confused with a top scientist (his nickname is IPCC).

Look at the 1-star reviews. They seem to be the people from the picture above – mostly well-known fearmongers. One of them if Scott Mandia, an alarmist I have already encountered. Another one is Peter Gleick, a hardcore ecofascist propagandist who clearly hasn't read the book (I can determine it very easily even though I haven't read the book, either). If you appreciate the huge percentage of well-known fearmongers among the reviewers of various books etc., you may easily calculate that the number of alarmists on this globe is very small. If you want to completely solve the global warming "crisis" for 7 billion people, it's enough to place a few dozens of radicals into the jail.

Out of 303 votes judging his review of Donna's book, 284 are unhelpful votes. It's even more remarkable if you look at the 50 comments under his review. Pretty much all of them are highly critical of Gleick – and they receive huge amounts of helpful votes. It's kind of remarkable how many people are willing to penetrate this deeply into the nested hierarchy of reviews and comments under reviews and votes for comments under reviews. Many of them are genuine readers of Laframboise's book. They point out the reasons to think that Gleick hasn't read the book as well as reasons to be sure he is totally scared that the book contains some inconvenient truths.

So Dr Heydrich: if you try to leave your 8 other friends at home during your next talk, you may easily find out that deniers began the golden standard and the new normal. By the way, despite the crazy PR surrounding the Berkeley Earth papers, it's pretty clear that most readers aren't getting confused by these cheap tricks. They know that the work isn't relevant for the key question of the attribution of the temperature changes. The readers who realize this basic point typically get a vastly higher number of helpful votes than those who try to deny or obfuscate this basic point.