Donna Laframboise of Men's New Daily (see also No Frakking Consensus) has found a fascinating proof that whatever matters in the IPCC has nothing whatsoever to do with science:

She has compared two lists. One of them is a list of scientists hired by the World Wildlife Fund, a huge international ecoterrorist corporation. According to the WWF, these "scientists" work for the WWF to support the claims by "Climate Witnesses".

The other list is a list of authors of the 2007 IPCC report. She found 78 people in the intersection of these two sets. 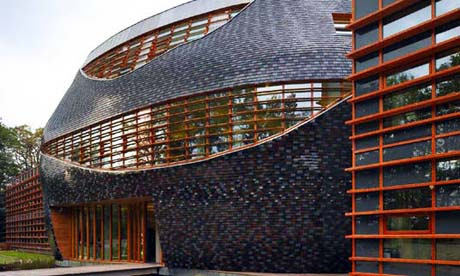 Modest headquarters of the WWF; the 2010 revenues of this huge organization selling fear and bigotry were €525 million: compare it with your income (and even with the income of your municipal gas company)

Just imagine a hypothetical situation in which 78 authors of the IPCC would be found on a scientific advisory list of an oil company and 23 of them would be the bosses of an IPCC chapter. The left-wing activists and politically correct media would be screaming even if you found just one person of this kind. But when the exactly opposite thing occurs, some people think it's just fine.

Well, it's not fine. Sensible people know that if there were no other reason, this "clash of interests" would be enough for a certainty that the IPCC has absolutely no credibility left. Billions of dollars that the WWF earns is totally dependent on the influence of their claims about environmental problems. No problems means no revenue. Everyone who associates himself with such a prejudiced organization simply can't be expected to produce impartial observations – or impartial judgement on the scientific research that should be done and incorporated to the IPCC reports.


By the way, you may want to read a gloriously hysterical letter to the editor that Michael Hockeystick Mann sent to an unknown newspaper in Colorado: it's a lot of fun to watch this unhinged man!
Luboš Motl v 7:30 AM
Share