The 2011 chemistry Nobel prize goes to Dan Shechtman (Hebrew: דן שכטמן) of Technion, Haifa (born in Tel Aviv), for the discovery of quasicrystals. 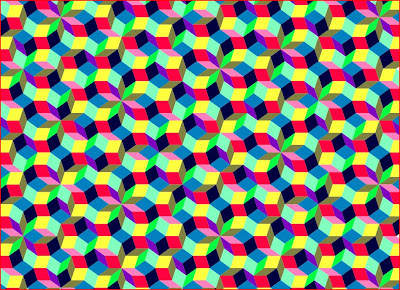 I actually think it's cooler physics than the physics behind the 2011 physics Nobel prize. He made the discovery of quasiperiodic crystals (Al-Mn alloys) with a stunning, icosahedral symmetry group in 1982 (while he was working for a kind of patent office, National Bureau of Standards, while his collaborator D.G. worked at the KITP in Santa Barbara) and published the findings in a 4,000-citation 1984 article in Physical Review Letters (not Chemical Review Letters haha: this point will be discussed below) written along with three more co-authors.

For Scandinavian purposes, it may be important that 4 is greater than 3 so 1 is a better approximation of 3 than 4. ;-) But Šechtman really discovered the thing himself in 1982: the 1984 co-authors are mainly the first believers he was able to convert.


The picture above comes from a TRF blog entry about Penrose tilings which are a mathematically rigorous definition of similar exotic structures. These tilings and crystals are not quite periodic but an arbitrary large region is repeated infinitely many times.

In this ten-minute January 2010 video, the winner discusses what he imagines under "matter" and "quasicrystals" and how he was humiliated for years. Via WUWT and Anna V.

Consequently, these quasicrystals, much like Penrose's tilings, may have unusual symmetries such as the five-fold \(Z_5\) symmetry which is an Abelian subgroup of the icosahedral symmetry \(\Gamma(E_8)\) which is the same symmetry as the symmetry of the (dual) dodecahedron. Such symmetries would be impossible for the (strictly periodic, conventional) crystals. 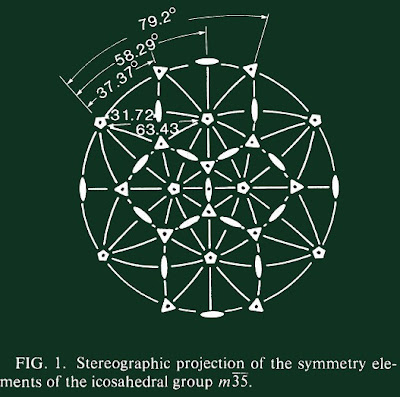 Again, theorists and mathematicians are clearly being screwed by the Nobel prize because Roger Penrose would deserve to share such a Nobel prize. For this mathematical physicist to receive a chemistry Nobel prize would be particularly bizarre but it would be deserved, anyway. He studied those structures at a mathematical level in the 1970s. Among a small number of references in the 1984 paper, you also find an article by my Harvard ex-colleague David Nelson who is so good a condensed matter physicist that the chemists might find it embarrassing to give him a chemistry prize in the future. ;-)

TRFically careful readers remember that Penrose and Šechtman were speculated on this blog as potential winners of the 2009 physics Nobel prize for quasicrystals.

Šechtman is a professor of material sciences (in Israel and in Iowa). Of course, it is a chemistry of a sort; the quasiperiodic structures are governed by chemical bonds. A quasicrystal is a giant molecule, if you wish. Well, it's fun that the chemistry prize got a bit creative. Recall that Marie Curie (and a few others) got her chemistry prize for some kind of nuclear physics, too.

One shouldn't get pedantic about the chemistry-physics overlaps; after all, chemistry is a subset of physics composed of some "boring technicalities" so the chemistry Nobel committee has the right to make their award a bit more "spicy" at some point. 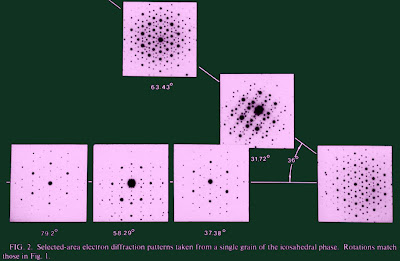 Electron diffraction patterns eliminated doubts about the icosahedral symmetry of their Al-Mn alloy.

If you got a bit excited about the symmetries of icosahedrons etc., I recommend you to re-read the TRF articles about the ADE classification and McKay correspondence, 248-dimensional \(E_8\) symmetry built in the lab, and Cayley fibers in M-theory.

I would say that among the 2011 Nobel prizes so far, this is the coolest and most stringy one. Just to be sure, the orbifold \({\mathbb C}^4 / \Gamma(E_8)\), when used for M-theory or type IIA string theory, has a singularity in the middle and stringy math tools may be employed to show that the \(E_8\) Yang-Mills symmetry lives at this singular point. Needless to say, hundreds of TRF entries are dedicated to the \(E_8\) symmetry (which has been known since the 19th century, just to be sure, and I've known it since my freshman year in the college: no surfer dudes have anything to do with any meaningful discoveries related to this largest exceptional Lie group).

When I say that quasicrystals are very stringy, I don't mean just some vague links to the icosahedral group and exceptional Yang-Mills symmetries. In 1987, Jeff Harvey, Greg Moore, and Cumrun Vafa figured out how to compactify string theory on quasicrystals. 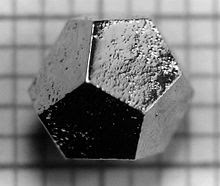 If you're an Arab, a Muslim, or their supporter and you feel that it's kind of a shame that they haven't contributed anything similar for a few millenniums, a right-wing Israeli daily, The Jerusalem Post, will help you to solve your psychological problems. Šechtman describes quasicrystals as "fascinating mosaics of the Arabic world [images] reproduced at the level of atoms." :-)

A clever way how to be politically correct and how to dismiss Penrose's contributions at the same moment. ;-)
Luboš Motl v 12:33 PM
Share