A new 18-minute funny CERN video tries to explain some of these things at the LHC.

Physicists-comedians with French accent are accelerated to 0.00003% of the speed of light; experimenters present the search for the Higgs boson as a search for chemicals in fireworks; John Ellis explains supersymmetry (well, he says a few nice non-explanatory words about it), and so on. They dedicate a minute to the dark matter hunts, not only at the LHC; and investigation of new possible matter-antimatter asymmetries. You may also see some buildings and rooms at CERN.

Superluminal neutrinos are not forgotten: the experimenters are quoted and described as very cautious folks. Thousands of articles are mentioned; CERN itself got almost the same number of visits because of the neutrinos as this blog which is an amazing success for CERN. ;-) As The New York Times noted, the only thing moving superluminally were gossips.

Some bold statements on the Higgs have been promised. Here you have the video:

You may also check several other YouTube videos released by CERN during the recent month or two.


They include an interview with Dario Autiero, the boss of the OPERA collaboration; a video on the CLOUD experiment (cosmic rays and clouds) that I have already mentioned; and CERN TV on a new CERN data center. 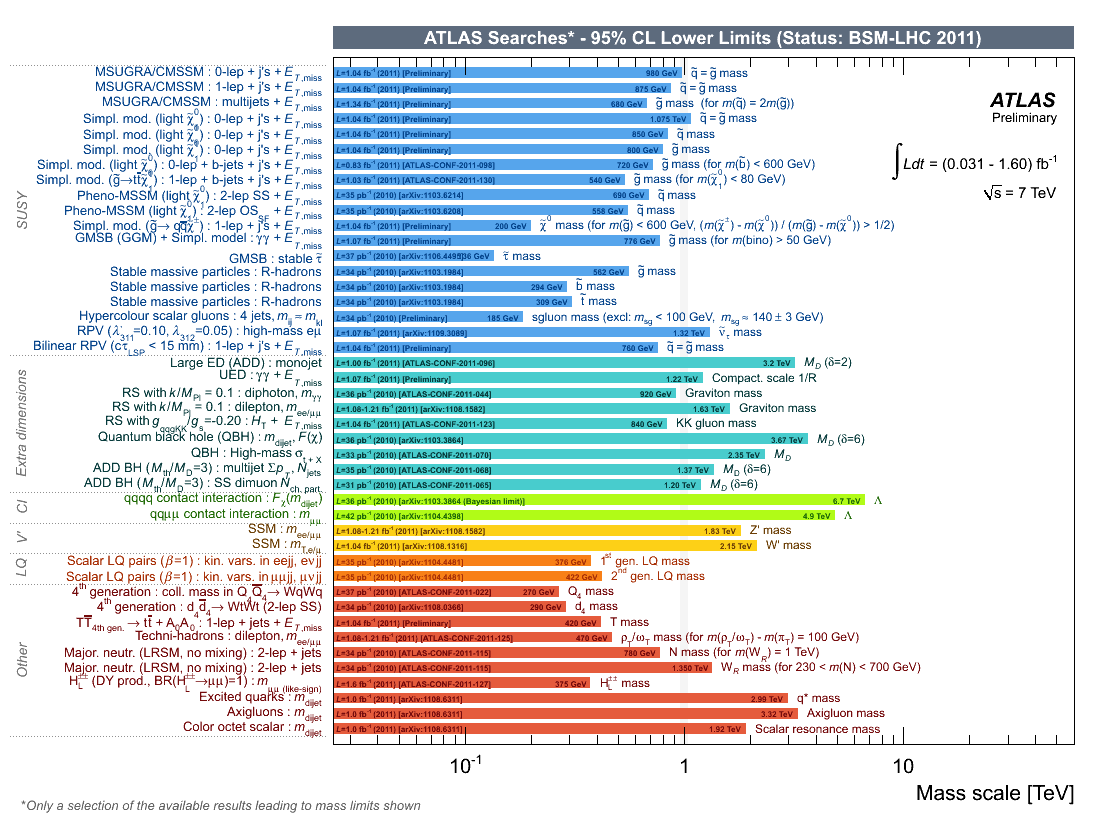 This chart from a CERN blog shows the lower bounds on masses of various proposed new objects, as determined by ATLAS. Note that many SUSY objects are among the least excluded ones – they may still be pretty light relatively to others.
Luboš Motl v 7:32 AM
Share