The Fed Cup – the most important group tournament of female tennis players – was launched in 1963, long before it became a Bernanke Cup. ;-) Among the 49 opportunities, the (golden) U.S. tennis players won 17 times, followed by Australia with 7 victories (silver) and... Czechoslovakia (including Czechia) with 6 victories (bronze).

I won't allow you to question that the Czechs have the right to count the Czechoslovak victories (the same flag), much like Russians can do this thing with the Soviet ones (despite a different flag haha). But somewhat more speculatively, one may also count the Slovakia's victory in 2002 which would give Czechoslovakia 7 gold medals, matching Australia at the 2nd place. America remains the indisputable leader. 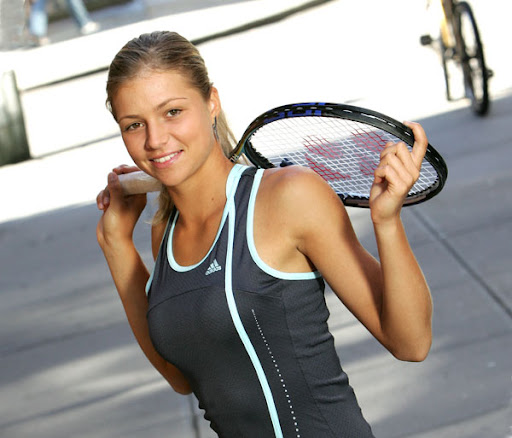 Ms Maria Kirilenko of Russia was chosen for the key TRF JPG image here because she was the prettiest person in the final doubles. Apologies to others, especially the Czech ladies because I am also going to write that Ms Elena Vesnina was the visual #2.

Spain only has 5 and Soviet Union and Russia has only won 4 times.


A big part of my nation has spent many hours during the weekend by watching the matches in the finals against Russia.

Ms Petra Kvitová, our world's #2 who is (after her triumfs at Wimbledon and WTA Tournament of Champions, among 5 other big trophies this years) really the #1 in the pipeline :-), won both singles while Ms Lucie Šafářová managed to lose her two matches equally self-confidently. :-) However, in the doubles at the very end, Ms Peschke and Ms Hrádecká of Czechia defeated their Russian foes so the viewers in Moscow were donated another reason to drink a few more liters of vodka.

The last time my homeland won the tournament was in 1988. It was not only before the Velvet Divorce with Slovakia; it was even before the Velvet Revolution. Who were the Czechoslovaks' opponents in the finals? Well, it was the predecessors of the latest runner-ups, namely the Soviet Union.

As you know, Mr Ivan Lendl and Ms Martina Navrátilová emigrated to America and became the U.S. citizens. I guess that the relatively impressive tennis successes of Czechoslovakia are not due to the genes; they're about the good position that tennis has enjoyed in Czechoslovakia for decades. It was tolerated by the communists; at the same moment, it was one of the paths how people could try to live a Western life. Tennis has always been a capitalist sport (and the elevated concentration of tennis in Yugoslavia has always been a symptom of Yugoslavia's being "somewhere in between"). Even according to our president Klaus, an excited and good tennis player, tennis is a right-wing sport, unlike e.g. floorball your humble correspondent played today (again) which is a left-wing sport.

The Czechoslovak results look worse in the male tennis. In the Davis Cup, we only grabbed the gold once, in 1980, even though it's been played since 1900. However, it's still true that the 1980 Czechoslovak victory in the Davis Cup remains the only victory of a "presently" socialist country in the Davis Cup in the history, a unique result that is likely to last due to the decreasing number of socialist countries. We've had good male tennis players as well although the typically male-like Czech female warriors may still have a slight edge. ;-)

(Of course, we may also gradually reclassify some formerly capitalist countries as socialist ones, so the appraisal above would have to be changed.)

Just to be sure, Mr Ivan Lendl wasn't just a generic "economic" emigrant. After all, he could have had almost the same living standards in Czechoslovakia as well. In 1983, he played three exhibition matches (including one against Jimmy Connors) in Sun City, inside a tiny Bantustan now reintegrated into South Africa. The communists in the Czechoslovak sport federation found these matches politically incorrect because they occurred in an "apartheid regime" so they fined Lendl $150,000 just for fun and expelled him from the Davis Cup team. He was finally fed up with them in 1987 when he applied for a green card. I guess that many people today, and currently not only in officially communist countries, would find such exhibition matches politically incorrect again so Czechoslovakia was ahead of the time in this discipline of PC intimidation, too. ;-)

In 1987, Lendl wanted to become a U.S. citizen as soon as possible, in order to represent the U.S. at the 1988 Olympics and the 1988 Davis Cup and to show the commies how much they screwed it. A special bill to bypass the five-year waiting period, the Ivan Lendl Citizenship Act, was prepared by the U.S. lawmakers but it was rejected because the U.S. Congress decided that it's an essential duty of all representatives in America to rigorously respect the Czechoslovak communist paperwork and the Czechoslovak communists didn't want to send a form. ;-)

Because of these crazy delays, Lendl only became the U.S. citizens in 1992, several years after the fall of communism and nine years after the first conflicts that showed his incompatibility with the socialist regime.
Luboš Motl v 11:00 PM
Share