The data must be as impenetrable as possible

One year ago, a pr*ck named Chris Mooney was inserted as a director into the American Geophysical Union and became responsible for science communication.

Apologies for the picture of the main hero of this blog entry. Because someone wants to learn something about him, other people have to suffer.

Last month, we learned about the first result of Mooney's "work": on behalf of the AGU, he chose the best climate communicator in the world. Who is it? Is it Michael Mann who likes to hide the decline? Heidi Cullen who works on the Nuremberg trials for skeptics? Phil Jones? John Cook who has already won lots of money in the Australian "spit on Archimedes" contest? Al Gore? One of the 3,000 folks across the third world whom Al Gore has trained to be almost as marvelous as Gore himself? Nope!

When Andrew Revkin enthusiastically endorsed this outrageous choice five weeks ago, I was stunned and instantly removed him from my list of Facebook contacts. The Climategate 2011 e-mails show that I shouldn't have been surprised at all. One may see several e-mails in which Revkin offers his services and considers what's the best way to produce propaganda that would harm skeptics such as Christy and Singer. "Will you feel better if I will lick the left side or the right side of your r*ctum?" Revkin asked the members of the Hockey Team. Revkin offers his "tongue full of power" especially to Ben Santer who is just planning to beat the crap out of Pat Michaels.


A fun 30-minute interview on these issues with Marc Morano

However, the Climategate 2011 e-mails also show how the second best climate science communicator in the world after Kook John Cook (who just opened a new German server, Kooks-Klimafakten.de), namely Gavin Schmidt, envisions the best possible way to communicate climate science. How do you make it literally accessible to other climatologists, the scientific public, and the public in general? What Steve Milloy has found is pretty hilarious.


In the e-mail 3343.txt (di2.nu), Gavin Schmidt laments that the evil skeptics actually want to see the data used to deduce all the remarkable conclusions – instead of treating Phil Jones et al. as holy prophets. The text makes it clear that all of his comrades are convinced that it would be suicidal to show a single bit of information to anyone. However, Gavin Schmidt suddenly offers Michael Mann a remarkably audacious idea how to protect their pal Phil Jones which is the most accurate counterpart of "glasnosť" inside the Hockey Team that you may find:


Gavin: Frankly, I would simply put the whole CRU database (in an as-impenetrable-as-possible form) up on the web site along with a brief history of it's provenance (and the role of the NMSs) and be done with it.

So if you want to be the best climate science communicator in the world, you have to release the data in an as-impenetrable-as-possible form. ;-)

I don't remember what was exactly released as a result of these exchanges but let me say that if a part of these discussions led to the publication of the HadCRUT3 data in 2011, I needed a few hours to convert the files to a Mathematica-friendly format and make the first calculations of the trends and their statistical properties as distributed over the stations. So the dataset could have been as impenetrable as possible but it wasn't impenetrable enough. Michael Mann made a mistake of changing Schmidt's adjective "as impenetrable as possible" to "raw data" which are unfortunately much more penetrable than anything that any of these Gentlemen ever published on science (none of which has made any sense so far).

All of this sounds very amusing to those of us who are trying hard to share the raw data and the results of our work in as transparent ways as possible because we are actually trying to find as accurate insights about the system rather then to "help a cause". But in some sense, all of those other people promoting the idea of a dangerous global warming are even worse than Gavin Schmidt. They would never dare to say that something should be released. They know that every single bit of the actual empirical data hurts their "cause" and there's always a risk that even if they release the data in an impenetrable form, a neutral user i.e. a skeptic may manage to penetrate them. And it's always bad because the real data don't show any reason for worries.

Some of the most hardcore deniers even prefer to look at the thermometers instead of watching the Day After Tomorrow even though the latter shows the true nature of the global warming armageddon theory much more accurately than what any instrument will ever be able to do. ;-)

But we are not talking about cheating Michael Mann, Phil Jones, and Gavin Schmidt. The fraudulent tactics seem to cover pretty much anyone in climatology who is visually "on the same side" as these individuals. In an 2006 e-mail, Tom Wigley who is extremely far from being innocent himself writes the following to the provider of the trees to produce hockey sticks: "Are you hiding something [from Steve McIntyre et al.] — your apparent refusal to be forthcoming sure makes it look as though you are." These people may be divided to the fraudsters who have already revealed themselves as crooks in the public, like Mann, and fraudsters who remain in the closet (but who are kind of known to be cheating by everyone including other alarmists), like Briffa.


In the video above, Newt Gingrich – a currently powerful GOP candidate – tells Bill O'Reilly that having fun with Nancy Pelosi on Al Gore's couch was the greatest blunder he did in recent years. (He also answers questions on immigration etc.) Gingrich classifies himself as an AGW agnostic who won't spend trillions to fight a hypothetical threat. The words may still be soft but I think that when it comes to the climate change wasting of resources, America would be just fine under him.


David Suzuki, a self-described clown, has created a new domain called Where Will Santa Live dot Canada. Suzuki is collecting money from random visitors, claiming that they will be used to find a new home for Santa Klaus whose deer-powered hotel on the North Pole is melting away.

Just to be sure, this is a real photograph that Santa Klaus made, no photoshop!

I want to inform all readers that Suzuki's website is fraudulent. Santa Klaus has already moved for his own money. He lives at the Prague Castle and he doesn't need any money from Suzuki. He also thinks that Suzuki's claims about the climate are unbelievable. 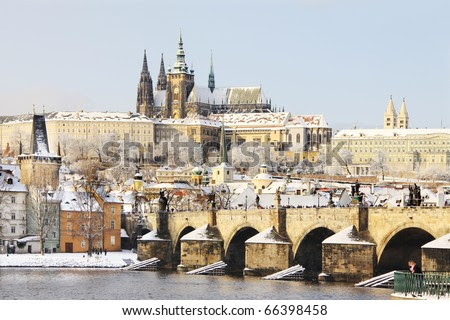 If you meet David Suzuki, please call the police. If you're in the U.S., that's nine-one-one. I repeat: nine-one-one.
Luboš Motl v 7:25 PM
Share