Three famous mathematicians were born or died on December 29th, in a year ending with a "1" or "6": 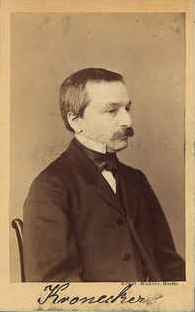 Leopold Kronecker was born in Legnica, Poland – which belonged to Prussia at that time – to a Jewish family. Once he learned some number theory and algebraic number fields from Peter Gustav Dirichlet, he knew everything he needed to become a manager of some real estate that belonged to his uncle so that he didn't bother to produce any mathematical results for 8 years. ;-)

Later, he returned to work and studied solutions to algebraic equations, extending the work by Galois. Kronecker became a forefather or intuitionism, by rejecting some continuous objects that he found contrived. While I would often count myself as an intuitionist in mathematics, I would disagree with extreme statements by folks like Kronecker. For example, he rejected Weierstrass' "pathological" function that is continuous everywhere but differentiable nowhere. Well, such Brownian-motion-like functions are actually the dominant contributions to Feynman's path integrals today so I wouldn't claim that they "don't exist" or that they are "not important".


Kronecker invented the "Kronecker delta" which we use very often these days. The term "Kronecker symbol" is actually something else, a product of some powers of primes. To continue in this theme, the "Kronecker product" is something very different from the product mentioned in the previous sentence: it is the tensor product of two matrices. The Kronecker-Weber theorem is linked to the Galois group business and shows that the fields based on roots of unity are enough to classify certain Abelian extensions of rational numbers. Kronecker's theorem is either a related result about polynomials; or a theorem useful in the research of diophantine equations. Kronecker's lemma allows one to find certain coefficients for every convergent series so that a new weighted sum vanishes. You may see that his interests were pretty diverse. 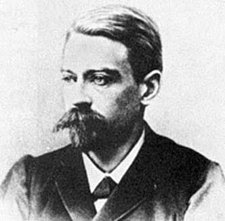 He started to exchange lots of e-mails with Charles Hermite, the guy who gave the name to Hermitian polynomials and operators. They would chat about celestial mechanics but the topic would soon switch to maths and continue to the end of their lives. He would also be able to become a professor without the required diplomas.

Stieltjes designed a generalization of the Riemann integral that is partly named after him; to be balanced, he also masterminded a generalization of both Riemann and Lebesgue integral, the Lebesgue-Stieltjes integral; he generalized the Laplace transform by adding a more general measure to the integral, to the so-called Laplace-Stieltjes transform; he was the ultimate father of continued fractions; he also studied divergent series, differential equations, interpolation, the gamma function, elliptic functions, and created the foundations for the theory of Hilbert spaces.

Other things are named after him, including the Stieltjes matrix (real symmetric positively definite non-diagonal), Stieltjes moment problem (a few numbers may be moments of \(x\) if a collection of determinants constructed from those numbers is positive), Stieltjes-Wigert polynomials (some simple hypergeometric polynomials with a cleverly chosen weight), Čebyšev-Markov-Stieltjes inequalities (also related to moments). He co-founded Annales in Toulouse. 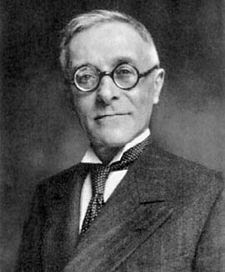 Tullio Levi-Civita was born in 1873 into a Jewish Italian family in Padua. His father was a lawyer and ex-senator. In 1900, he was very active in tensor calculus and published a text that was used as a textbook by Albert Einstein. His role for the Levi-Civita symbol doesn't have to be explained. Later, when Einstein was completing the general relativity, Levi-Civita and Einstein would write lots of letters to one another. Einstein found Levi-Civita's mathematical methods elegant.

In 1938, because of his background, Levi-Civita was found politically incorrect by the leader of the Italian Social Republic trained by the Italian Socialist Party – the duce – and was stripped of all jobs and memberships in societies. He died in his apartment in 1941. Einstein once said that two most famous things about Italy were spaghetti and Levi-Civita.
Luboš Motl v 9:51 PM
Share