If you're a defender of the space research, you may have been asked whether there is a danger that a failed satellite may return to the Earth and hit someone or his assets such as his house. 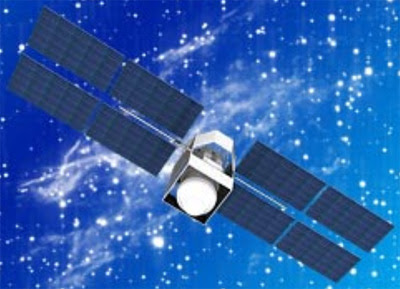 Just like me, you must have responded that many things may happen but it just very unlikely. Even if a fragment of a satellite managed to return, most of the Earth's surface is unoccupied and there are no buildings or people almost anywhere.


Russia has kindly measured the probability yesterday and today and the probability that a satellite crashes into a house at the Cosmonaut Street on the Christmas Eve 2011 is now known to be 100%.

Due to the problems with the Soyuz rocket, the Meridian satellite failed to reach the orbit yesterday. That was not the end of the story. The end of the story took place today when the inhabitants of a house at the Cosmonaut Street in Vagaytsevo, 100 kilometers Southwest from Novosibirsk, were given a fragment of the satellite, a Christmas gift from the astronauts.

The man who lives in this "villa" wasn't harmed when the titanium bomb decided to penetrate through the roof: Andrei Krivorukov went to the yard minutes earlier. But still, this newly discovered pattern is a kind of concern for me because I live near the crossing with the Guerilla Street. What about you? Did you finally move into that house at the Thermonuclear Street?

(Andrei Krivorukov means Andrew Curved-handed, but the hands' or arms' curvature, if any, has nothing to do with the collision. His house will be renovated from the village's money.)