Solyendra was a major example of a government-subsidized American solar energy company that went to default.

Solon SE headquarters: I must say it looks pretty remarkable

Financial Times, Financial Post, and others discuss a fresh case of insolvency. Solon SE (Germany) which had almost 1,000 employees and the annual revenue close to €1 billion didn't make it. Despite the huge government subsidies for its consumers, the firm recorded a staggering €0.3 billion annual loss.


First Solar, a U.S. survivor, will fire hundreds of people and expects a difficult and potentially final year of 2012, too. After the announcement, the stocks declined by 20 percent immediately, bringing the total drop from January to 74 percent.

These companies often cite the cheap Chinese competition as the source of their financial trouble. But what they apparently forget about is that at the very end, they do compete against nuclear and fossil-fuel sources, too. When the green bubble really pops and most nations fully realize that they've been stupid to subsidize solar and wind energy – much like they have already realized the same thing in the case of the first generation of biofuels – the rate of defaults should jump by an order of magnitude. 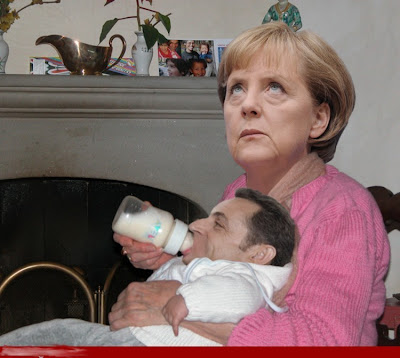 Germany still has dreams about feeding Europe with renewable energy. Nukes and coal are no longer needed. The photograph was taken by Mark Duchamp, thanks.

The reality is that already today, even the Chinese solar industry is in trouble. The article titled Market downturn reveals problems in China's solar energy sector says that the Chinese solar panel producing companies are being heavily sold at a loss these days. Bankruptcy rumors haven't avoided the world's largest solar companies, Suntech Power and LDK Solar, either.

There are lots of money circulating in this business and the mass demise of these companies could spark a recession. However, one shouldn't forget that their finances ultimately come from subsidies when you trace them. So if the solar industry goes out of business, the corresponding finances should be freed and may be either saved or used for something else.

Meanwhile, all the reports about the death of the industry may be premature. Warren Buffett started to buy up the solar industry (for cheaper price) and may "save" it.


Jerry Brown, a recycled governor of California who was originally used and depleted between 1975 and 1983, became the main clown performing on a Californian ritual of unhinged top-tier climate jihadists.

Admitting that he knows quite something about cults, he turned the world upside down and said that it is the GOP and the Cato Institute, and not the climate jihadists, who are a "well-funded cult". He offered his prophesy that the Earth is standing on a cliff and political lemmings from GOP will destabilize the vacuum and take us down from the cliff. Psychiatrists didn't pick him, proving that despite the billions that are wasted for ObamaCare, ill citizens of California must still try to live without medical assistance.

Not everything is lost for the renewable sources of energy. Media inform us about a new Facebook-Greenpeace partnership. 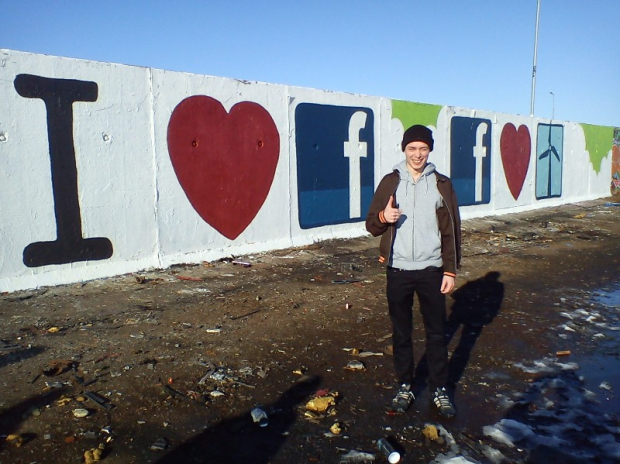 For some years, Greenpeace has been criticizing Facebook because their datacenters use electric energy instead of the energy obtained from Gaia by hugging the trees. Facebook wasn't happy about the criticism. Today, aside from slipping a few million dollars to the econuts' pockets, it declared a new partnership with Greenpeace to promote renewable energy.

Every time the wind stops to blow in your area, Facebook will log you out and punish you for even thinking that coal could be a more reliable source of energy powering your computers and Facebook accounts. Every time you open a new tab or window on Facebook, you will be played the "10:10 No Pressure" video with exploding children, managers, soccer players, and supernatural investigators as a warning.

Moreover, they will spread so funny stories that the world's most skeptical deniers will include advertisements for 60-watt solar panels, sold just for $299 instead of $599, on their denier blogs. The deniers will hope that other deniers who read their blogs will actually buy some of these solar panels so that the publishing deniers will get a few percent out of the transaction. ;-)

The avatars of your 3 most favorite friends on Facebook will be replaced by the photograph of Al Gore. And Mark Zuckerberg will attach a model of a wind turbine on the roof of his 3rd most favorite Mercedes. By this new partnership, Facebook and Greenpeace are hoping to save the world.
Luboš Motl v 3:04 PM
Share