Could the Koide formula be real?

That was the compactified version of the article. Below you may find the decompactified one.

The page containing this picture explains how to associate numbers 0-9 with planets and how to remember the author's telephone number. Also, it tells you that numerology is for the people who find astrology too scientific. ;-)

In 1981, a man named Yoshio Koide has made a bizarre observation known as the Koide formula. It has apparently been a source of life energy for more than 30 years for our friends such as Mitchell Porter, Carl Brannen, Alejandro Rivero, and maybe others.

What is it about?


Consider the three physical masses of the charged leptons, the electron, the muon, and the tau lepton:

The digits in the parentheses indicate the error margin. Now, spend a few hours by trying to find some interesting numerical values of various ratios. You won't find any. After some time, you define this rather contrived – but not too contrived – ratio:

Numerological aspects of the identity

We may first discuss some aspects of the identity that are seen from the viewpoint of someone who knows nothing about physics and/or the origin of masses etc.: remarkably enough, this viewpoint seems almost identical to Mitchell Porter's viewpoint. ;-)

Great. So the actual value of \(Q=2/3\) is exactly in between the two extreme limits. You may say that this makes the value \(Q=2/3\) very special which should make us more excited. But you may also say something very different: you may say that the probability distribution for different values of \(Q\) is almost certainly peaked somewhere in the middle of the interval \([1/3,1]\), so getting a number very close to the middle is actually less surprising.

If you take this fact into account, the degree of surprise will drop to the equivalent of "four matching digits".

You may also express the statement \(Q=2/3\) differently, using the angle between two 3-dimensional vectors:

The Koide formula for \(Q\) has an error margin that almost entirely boils down to the value of \(m_\tau\) which is not known too accurately. Should you believe that \(Q=2/3\) holds accurately which would mean that you may literally calculate several additional digits in \(m_\tau\)? Well, just like at the beginning, the answer is Nope.

I will eventually jump to the full-fledged physics discussion but before I do so, let us add a purely mathematical improvement. A problem with the precise calculation of \(Q\) so far is that the masses in Nature are actually not real numbers. They're naturally complex numbers, with the imaginary parts' being the width (the inverse lifetime, in the \(\hbar=c=1\) units):

where \(\Gamma=1/\tau\) is the inverse lifetime of the particle, the width. Why is there the factor of \(1/2\) over there? Well, go to the rest frame and appreciate that the wave function goes like
\[ \psi(t)\sim \exp(-iM_{\rm total}t ),\qquad |\psi(t)|^2 \sim \exp(-\Gamma t). \] The probability is the squared wave function, the factor of \(1/2\) doubles, and you get the right exponentially decreasing probability \(\exp(-\Gamma t) = \exp(-t/\tau)\) that you expect from the lifetime \(\tau\). The electron is stable but if we want to be analytic and accurate, we must add the corresponding imaginary values \(1/2\tau\) to the real numbers described above. If you know the lifetimes, the masses become

These are the actual locations of the poles you should use; treating the real parts separately would be an extremely unnatural thing to do. So is \(Q=2/3\) within the observable error margins even if we incorporate the nonzero imaginary parts?

If we write the most accurate values of the masses, including the imaginary parts, the Koide formula is safely broken. Now, claiming that something should hold "totally exactly" but you should only be using the real values is an extremely bizarre and unnatural statement. In fact, numbers of the form \(Z = M-i\Gamma/2\) which are "almost real" can be made "exactly real" in many ways. You may take the real part. But you may also take the absolute value. And you may do lots of other things. In all cases, you get something similar to the real part but none of the rules is more motivated than others and different rules will imply different predictions about the more accurate digits. No doubt, some of the rules how to deal with the nonzero width could produce better results for the (real) Koide formula but the defenders of the Koide formula don't know which one it should be.

I am extremely open-minded so I could imagine that there could be shocking relationships between things that shouldn't be related in simple ways, for reasons to be discussed below. But the failure of the formula to work when the imaginary parts are incorporated closes this question for me even at the level at which I "overlook all of my knowledge of physics".

When we actually take our knowledge of particle physics into account, the idea that a similar bizarre ratio \(Q\) should be equal to \(0.666666666666\dots\) sounds utterly indefensible. Let's see why. 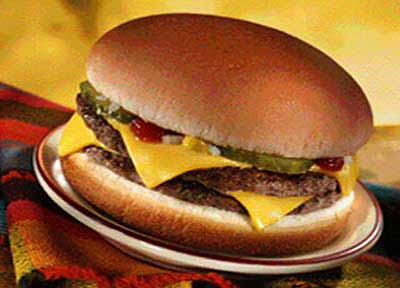 Consider a messy real world problem. For example, calculate the number of kilocalories in a cheeseburger prepared from particular ingredients bought in Boston which followed a particular recipe. Let me tell you it has 314.159 kcal. Someone notices that the value is \(100 \pi\) and predicts that if you measure the calories more accurately, you obtain \(314.1592653589793238\dots\) and so on (I memorized 100 digits when I was a kid but you surely don't want to be annoyed by meaningless numbers).

Is there a reason to believe the person? He has offered "almost five" digits that agree as evidence of a remarkable statement – namely that an arbitrary number of digits will agree. Will they? Is the evidence enough? Well, it's surely not. Extraordinary statements require extraordinary evidence. And indeed, one needs to know some physics – either particle physics (a remarkable body of knowledge and the true culture of our epoch that is known as "preconceptions" by the numerologists) or the physics of cheeseburgers – to rationally decide whether the statement is bold, extraordinary, or not. It is very bold.

The number of calories in a hamburger is a complicated function of the properties and concentration of various ingredients and many other things. I hope that I don't have to explain why there shouldn't be any simple yet exact numerological fact applying to the cheeseburger case.

The appearance of the square root of the masses in the formula for \(Q\) is strange; one would feel comfortable if the squared masses occurred there. But is there any reason for an identity involving the square roots? They seem very unnatural. Their very appearance indicates that someone has been "mining" for such coincidences. If you randomly write down 10,000 candidate identities, you have pretty good chances that one of them will hold with the accuracy of 4 digits.

In the expression above, \(y\) is a dimensionless (in \(d=4\) and classically) coupling constant; \(h\) is the real Higgs field; \(\Psi,\bar\Psi\) is the Dirac field describing the charged lepton or its complex conjugate, respectively.

And be sure that he or She will. He only gives the large masses to the charged leptons.

In the vacuum, the Higgs field may be written as
\[ h = v+ \Delta h \] Here, \(v\) is a purely numerical (\(c\)-number-valued) dimensionful constant whose value 246 GeV was known before we knew that the Higgs boson mass is 125 GeV. The value of \(v\) is related to the W-boson and Z-boson masses and other things that were measured a long time ago. The term \(\Delta h\) contains the rest of the dynamical Higgs field (which is operator-valued) but its expectation value is already zero.

The field \(h\) has the vacuum expectation value (vev) 246 GeV and its being nonzero is what breaks the electroweak symmetry and what makes W-bosons and Z-bosons massive and what makes the observed properties of electrons and neutrinos so different. The field doesn't want to roll to \(h=0\) because there is a potential energy \(V(h)\) which is fully symmetric under the gauge symmetry transformations but it has a minimum at this nonzero absolute value of \(h\) because the shape of \(V(h)\) resembles the Mexican hat. That's why it's known as the champagne bottle bottom potential or Landau buttocks or Mexican hat potential in the prosperous first, socialist second, and poor third world, respectively. Because most of us already use the term "Mexican hat potential", you may predict what is going to happen with our prosperity. ;-)

Fine. So I tried to explain to you that the masses of the charged leptons are not fundamental parameters. They are results of the Higgs vacuum expectation value and the Yukawa interactions between the Higgses and the fermions. You should imagine that \(m_e\) is just a shortcut for
\[ m_e = y_e v \] where the Yukawa coupling \(y_e\) for the electron and the Higgs vev \(v=\)246 GeV are more fundamental than \(m_e\). If you write the masses in this way, \(v\) will simply cancel and you get the same formula for \(Q\) where \(m\) is replaced by \(y\) everywhere.

However, this is not quite accurate because the physical masses are equal to \(yv\) up to the leading order (tree level diagrams i.e. classical physics) only. There are (quantum) loop corrections and many other corrections. Moreover, the values of \(y\) that produce \(Q=2/3\) are the low-energy values of the Yukawa couplings. Even though the Yukawa couplings are more fundamental than the masses themselves, their low-energy values are less fundamental than some other values, their high-energy values.

Once again, the "apparent" strength of the Yukawa couplings at long distances is another example of a cheeseburger. It's very messy and determined from the values of the same – as well as other – couplings measured at high energies, through complicated functions related to the "renormalization group techniques".
\[ y_e({\rm low\,\,} E) = f_{\rm cheeseburger-like} ( y_e({\rm high\,\,} E), \dots ) \] Only the arguments of the function on the right hand side, the high-energy values of various quantities, are players in sufficiently crisp and sharp laws of physics, e.g. grand unified theories or string theory, that have a good reason to be constrained by a relatively "simple" formula. But the low-energy values of the Yukawa couplings are a cheeseburger created from those ingredients. And the physical masses of the charged leptons are a McDonald's menu in which the cheeseburger is being improved by a few freedom fries, some Coke, ketchup, and other things. You just don't expect a random messy function of Coke, beef, potatoes, etc. to be equal to 314.159265358979 or 0.666666666666.

I know that it's unlikely that Mitchell, Carl, or Alejandro will get this point of mine – the point that they are trying to find patterns in cheeseburgers. They have spent years in this fundamentally misguided mode of thinking (or the lack thereof) and it may be hard to admit that one has wasted years with nonsense. But I hope and believe that many other readers will save their own years in the future.

I needed ten minutes to find tons of such "remarkable" identities but I hope that Mitchell, Alejandro, and Carl will spend a happy century by writing thousands of inspired followup papers. ;-)
Luboš Motl v 7:45 PM
Share