Four casualties of a certain type in five years isn't exactly an entry for the Guinness book of records. However, the precision and focus of these operations are symptoms of intelligent design behind them. 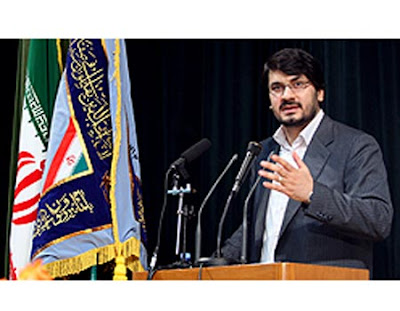 Mostafa Ahmadi Roshan was a 32-year-old professor (with expertise in chemistry and nuclear physics) in Tehran and the boss of the commerce department at the Natanz nuclear enrichment facility. Oops. You shouldn't work on similar tasks! The procedure to remove him from the Earth was apparently simple and followed a repeatable pattern. A magnetic bomb was attached to his car by two motorbikers. He was instantly dead; his driver died later.


I hope that the readers of this blog have some natural survival instincts. But for the case that some of them don't, The Reference Frame urges all readers in Persia to avoid any jobs that are related to the Iranian nuclear research – or the Iranian military, for that matter. To start such a job has to be classified as a suicide attempt. In Mr Roshan's case, it was a successful attempt.

I guess that he's not the first one and he won't be the last one because the basic algorithm behind such procedures seems much more straightforward and doable than attempts to flatten a lab located beneath 100 meters of rock. ;-) Le Figaro has claimed that Mossad has hired Iranian (Kurdish...) dissidents to fight against the Ayatollah regime. At any rate, condolences to Mr Roshan's family and friends and congratulations to the organizers of the operation.

If someone in Iran isn't able to see that the work for the Iranian nuclear program is dangerous; and if he isn't a TRF reader, well, then he lives in a dangerous combination of circumstances and I can't be responsible of his safety. Sorry! ;-)

In the list of nuclear safety in nations, Australia became the safest nuclear country, followed by Hungary, Czechia, and Switzerland. North Korea is at the opposite end. Our Austrian friends – and not-so-friends of nuclear energy – should note the position of Czechia as the 3rd safest nuclear country in the world during their future Luddite rallies. ;-)

Although the Czech Republic and the Hungarian Non-Republic are Europe's most representative nuclear houses, the European Union is waging an insane war against both member countries. On the green front, European energy parasitic commissioner Oettinger criticized something that is none of his business, namely the new Czech 26% tax on the solar panel pirates who have been previously making huge profits out of the subsidized ludicrous form of energy – something that has led to the growth of the subsidized solar tumor in the Czech Republic by one order of magnitude in just one year.

The new solar tax – which has already been paid for a year and will be retroactively legalized in 2013 – has clearly nothing to do with the EU directives and he has no right to open his cheeky mouth. So please shut up, Eurofascist as*hole!
Luboš Motl v 4:19 PM
Share