►► The author holds a PhD in physics from UC Santa Barbara and is a Senior Fellow at the Center for Industrial Progress. For related posts, see “Go Industrial, Not ‘Green’” by Alex Epstein (Parts 1 and 2). ◄◄


“When we hear of vast numbers of scientists endorsing Michael Mann’s famous “hockey stick” graph… What we don’t hear is that the vast, vast majority of them never sought access to the specific data and algorithms claimed to support it (much of which was actively withheld from the scientific community at large). They did not independently evaluate either Mann’s claims or the specific, technical objections raised against them by a few critics who were able to wrest those data and algorithms from Mann’s clenched fist over a period of years. Neither had the scientific media performed any independent, critical review when reporting on such issues for over a decade, most of them simply not being equipped to do so.”

To read the popular media’s account of climate science, it is a certainty that burning fossil fuels is causing an unprecedented and catastrophic warming of the planet. The volume of such claims is so vast that those skeptical of catastrophic warming are often viewed as conspiracy theorists, believing that scientists and the media have formed a secret cabal to foist falsehoods on the public.


But the case for being skeptical of catastrophic warming – and, more broadly, many popular scientific assertions – has nothing to do with conspiracy theories. It is based on knowledge of the mechanism by which new scientific ideas are evaluated and spread by non-experts, who are prone to choose winners and losers on the basis of congenial political ideology rather than scientific merit.

A recent episode in the science and tech media illustrates this mechanism. The Wall Street Journal, Popular Science, Slashdot, The Atlantic Wire, and Gizmodo all recently lauded a new “breakthrough” at the hands of a 13 year-old “genius,” Aidan Dwyer, first recognized by the American Museum of Natural History with its Young Naturalist Award. 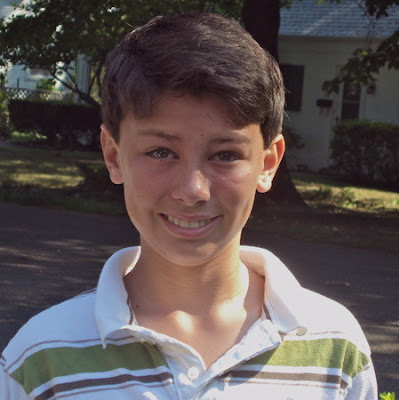 His insight? A “super-efficient solar array” differing from standard arrays in one respect: the arrangement of individual solar cells at various random-looking angles according to a specific mathematical pattern (the Fibonacci sequence) that characterizes the leaves and branches of certain trees.

By all accounts, Aidan Dwyer is a bright, well-meaning boy. But this proposal makes no sense, and he has ultimately been ill-served by the adults lauding it. For good reason, the normal configuration of solar panels has each cell oriented at the angle yielding optimal total exposure to the sun’s day-long path in the sky. Each cell is either oriented at that one optimal angle or at a sub-optimal angle producing less output power—and mimicking a tree is far from optimal.

But notice that the narrative is optimal to two generations of media members steeped in “green” ideology: an innocent prodigy, influenced by the beauty and wisdom of nature, imposes natural order on brute technology to prove the viability of green energy. And so those media members, lacking any particular expertise on solar panels, ran with it.

Aidan Dwyer would never have received the same acclaim had he, say, conducted an experiment in his family’s garage leading him to claim the discovery of a new chemical agent for fracking. Can anyone imagine that the most prominent natural history museum in the country would then give him an award and the media would trumpet the arrival of a budding genius in the field of energy research? Of course not.

This episode is important because it shows, in microcosm, how much of what passes for common knowledge comes to be. From the vast well of concrete events and ideas in science and technology, certain ones are picked up and amplified while others are discarded by the network of influencers and disseminators—from government bureaucrats awarding the grants that academic science lives on, to the mainstream media publishing what it regards as the most important findings.

The vast, vast majority of the network is by necessity non-expert on any given topic. In an advanced, division-of-labor society, there is a division of scientific expertise. That is a good thing, as it enables a staggering total of knowledge to be discovered and applied throughout society. But there is an ever-present hazard of loud or numerous non-experts promoting views as certainties because those views fit their political ideologies.

And that is exactly what has happened with global warming. For example, when we hear of vast numbers of scientists endorsing Michael Mann’s famous “hockey stick” graph—the rhetorical star of Al Gore’s “An Inconvenient Truth”—what we don’t hear is that the vast, vast majority of them never sought access to the specific data and algorithms claimed to support it (much of these have been actively withheld from the scientific community at large). 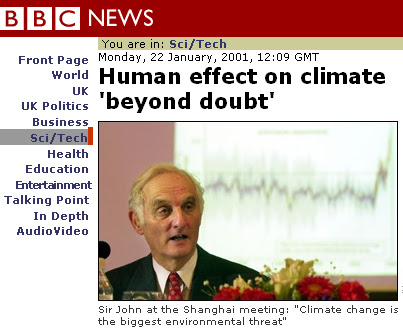 They did not independently evaluate either Mann’s claims or the specific, technical objections raised against them by a few critics who were able to wrest those data and algorithms from Mann’s clenched fist over a period of years. Neither had the scientific media performed any independent, critical review when reporting on such issues for over a decade, most of them simply not being equipped to do so.

From the perspective of those among the green-leaning media who actually are equipped by this point to verify reports of serious flaws in Mann’s approach, why exert all that effort with the hope of merely confirming what is already an ideological pillar, when a positive result would be superfluous and a negative one would be, at best, ominously confusing? This attitude is in fact embraced by climatologists at the highest levels.

After a critic asked renowned climatologist Phil Jones to release the raw data from which he has generated one of the primary historical records of global temperature, Jones’s famous response was “Why should I make the data available to you, when your aim is to try and find something wrong with it?”

It is now generally acknowledged that Michael Mann’s original claims about a precipitous acceleration in global warming around the advent of industrialization were founded on a broken methodology. As shown originally by two Canadian researchers, and verified by a U.S. Senate-appointed expert panel of independent statisticians, the technique indicates precipitous warming, whether fed with actual climate data or with simulated data designed to lack any underlying trend at all.

Yet it was not until five years after Mann’s original publication—and after the hockey stick graph was immortalized by the ostensible cream of international climate expertise at the IPCC—that the broken parts under its hood were first identified in a scientific journal. And this was accomplished not by any of Mann’s colleagues at Penn State, nor any of his many co-authors, peer-reviewers, or IPCC editors. It was accomplished by a mathematically savvy mining consultant, Steve McIntyre, and an economist, Ross McKitrick, who both took it up essentially as a hobby, receiving not one of the billions of dollars in government climatology funding funneled to academic researchers.

The same basic mechanism that made Aidan Dwyer a star has, on a different level, made Michael Mann a star. The primary difference is the level of technical sophistication—a level in the latter case just high enough to be dangerous in a realm where even expert statisticians (which climatologists are not) have to be on guard against inconspicuous but critical errors.

Enthralling your average climatologist requires something subtler than the mathematics of branch growth patterns, something more like Michael Mann’s novel statistical technique to extract imperceptible trends from a hodgepodge of tree ring and ice core measurements that seem to imply a dangerous acceleration in warming circa 1900 (the “hockey stick” graph), hence an ideologically convenient fatal flaw in industrial capitalism.

Note that this is especially dangerous in a field such as climatology, where there are zero experts who can accurately predict how various important but poorly understood factors will come together to drive the climate. This is a field ripe for ideological grant-givers to make superstars out of intellectually immodest mediocrities.

And just as Aidan Dwyer’s celebrity carries on despite clear technical refutation, so the global warming movement carries on despite the hockey stick having been split asunder by clear proof of the inherent hockey-stick bias in Mann’s statistical technique.

None of this implies any cognitive determinism for climatologists or pop-science consumers sharing a common world-view. Each one is free to think for himself, to gather new data perhaps through alternative networks, and to assess the totality of evidence available to him. But such tasks require an effort whose mark many want to display without going to the trouble of exerting it, as is demonstrably the case with the denizens of the global warming movement. So arises the wide-spread belief that we’re facing a climate crisis, that the “green” technology is out there to replace fossil fuels, and that it’s just a matter of getting the right set of bright young kids working in the right direction.

To some extent the intellectual division of labor will always mean that there is no guarantee against large-scale, ideologically driven mistakes gaining wide currency. However this is especially probable in the present, monolithic system of government-funded basic research, where bureaucrats carelessly appropriate money they didn’t earn on projects whose benefits they won’t receive, inspired by ideology-laden fads whose underlying accuracy they are not particularly concerned with.

The elimination of the profit-motive does not banish individuals’ pursuit of their own interests; it redirects that pursuit away from honest value creation and into a distorted, unspoken realm of indirect benefits and cynical power bartering among appropriators whose one common goal is the expansion of their appropriation stream.

What we need is to restore the profit-motive in a system of free individuals, pursuing their own goals openly with their own wealth. It is said that such a system will stifle visionary thinkers whose ideas are too long-range to make a quick buck. But this is just a smokescreen obscuring what profit-and-loss in a system of well-defined property rights—profits whose range is much longer than the next election—are uniquely capable of factoring into such investment decisions: the inescapable trade-off between the revolutionary power of basic research and the probability of concrete benefits flowing from it.

What’s at stake is the lives of billions of people in the present and future. Their lives depend on access to industrial technology that scientifically illiterate politicians around the world are subjecting to the ransom of their regulations and controls. Ransom letters are delivered to us daily in the op-eds, the articles, the talking heads educating us about thousands of experts that have all verified the coming of an apocalypse against which our only savior, conveniently, is more climatology research funding and more concentrated political power.
Luboš Motl v 6:43 PM
Share