Is a "Republican" a good word for Kerry Emanuel?

And what about a guy with a clash of financial interests and the spouse of a radical Marxist wife?

Climate activist blog Mother Jones has posted this interesting video that complains about the conservative attitudes of the Republican Party (and the G.O.P. presidential candidates) to the issue of climate change:

The video was created ahead of the New Hampshire primaries.

If you listen to 4:00-5:00, you will hear a lot from MIT climate alarmist Kerry Emanuel. He describes himself as one of the few Republican scientists in the U.S. His impressive punch line is that he is ashamed to be an American because the Republican party that he votes for (much like Obama whom he chose in 2008) isn't alarmist enough.

Instead, Kerry tells us, the Republican party is all about responsibility. And the main responsibility of the conservative people is to act collectively, share the wealth with the whole world, introduce and increase taxes, kindly ask the anointed people in the government to take care of everything, and to adopt the opinions about the climate that were held by Osama bin Laden, Al Gore, and (today) Fidel Castro.

Well, I thought that one of the defining features of the Republican Party is that it usually does not share these opinions, and even if it believed that there is a problem related to the climate (which it shouldn't because there's none), it should adopt totally different solutions than those that are proposed by the most radical left-wing forces in the world. In other words, if many of the candidates for the Republican Party were paying lip service to the climate jihad and propaganda, it wouldn't really be a conservative party.

Fine. These things are probably obvious to most readers. But Kerry Emanuel paints himself as a heroic climate alarmist inside a party that rejects the climate hysteria. Is he really brave? Is his formal political affiliation the most important fact he has to consider when he decides what opinions he should promote?


Not at all. There are more important things than your (very loosened) party affiliation – for example, the stability of your marriage and your banking account.

Let me start with the latter. If you make a Google search, you will need a minute to find out that Kerry A. Emanuel is either a board member or director of two insurance companies that are making money out of many things including the hypothetical climatic threats:
Click the links above to see the sources including the name of the MIT professor.

Homesite is insuring landlords against things like floods (the first thing in the title of their web page). For example, you may be afraid that your house in Boston will be destroyed by the rising sea levels from the melting Greenland ice sheet (or from a "divine wind", see the book above) and to pay some money to Homesite. Do you think that its director, Kerry A. Emanuel, will care about the money?

Rick Santorum, a flavor of the month, sensibly presents a rational, Republican attitude to a problem in NH

If you need to verify that it is the same Kerry Emanuel of MIT who is a director of this flood insurance company, try this page. He became a director in June 2011; sources suggest that he got this chair for his utility. Such an extra job pays $50,000 per year or so.

If the insurance against rising sea levels, hurricanes, and floods isn't enough for your insurance company, or if you're not satisfied that you're just a single director, Kerry Emanuel doesn't rely just on HomeSite Insurance company. He is also a board member of the AlphaCut Fund, owned by Bermuda-based Validus Holdings, which is described in this way:


Thanks to Junk Science.COM for the discovery of this insurance company; I found the Homesite. I can't rule out that you will find additional insurance companies with a Kerry Emanuel on their board. Both examples above are recent affiliations. One may double or triple his salary by being "useful for someone".

In the Czech Republic, we call Kerry Emanuel's positions on global warming a "clash of interests" ("střet/konflikt zájmů" if you want the original words). I just happened to think that a few hundreds thousands or millions of dollars may be more important than some loosened relationship to any party – that Kerry Emanuel only uses to mask what he really cares about. 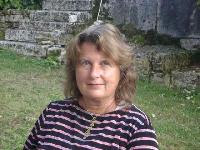 But the bizarre financial interests are not the end of the story. There's something else that is decisively non-Republican about Kerry Emanuel: his wife. Susan Boyd-Bowman was born in Boston in 1950 but according to her CV (thanks, Steve!), she actually gave up her U.S. citizenship around the 1960s and she actually lived in the U.K. between 1974 and 1989. Her primary residence is in Lexington, Massachusetts (a small town I know pretty well, too, and have hundreds of photographs from there: we often biked there with a friend of mine and I've visited about two parties thrown by a co-author I share with Stephen Hawking who lives there) but she only lives in the U.S. on resident visa. Her secondary residence is in France.

Your humble correspondent has spent 6 years in Cambridge, Massachusetts, the same town where Kerry Emanuel works. So even though I may have never met him, I know many things. You know, one talks to many people in 6 years. ;-) One of the things I know is the reason why she abandoned the U.S. citizenship. She's been a real hardcore left-wing activist and she was just ashamed to be an American at least since the 1960s. You know, America is a symbol of the evils of capitalism! Google Scholar is enough for you to check that Susan has belonged to the Marxist structuralist tradition whenever she wrote about TV. She's always thought that good films should always mention "gender" and stay inside feminist and neo-Marxist perspectives.

I can give you another hint that nothing much has changed about her political views since the 1960s. ;-)

I urge Kerry Emanuel not to hide the facts that really matter in his future interviews and texts; his questionable links to the G.O.P. are not among the primary things that matter; it was inconceivable that no one would notice the things that actually do matter. Thank you very much for your understanding.
Luboš Motl v 7:35 PM
Share