Leap seconds may be abolished in 2015

When the new year began, I was discussing the subtle issues of leap years and the methods to approximate the tropical year by a rational number.

The key number, 365.242189, was the ratio of the mean tropical year and the mean solar day. Note that both of these periods are defined astronomically. 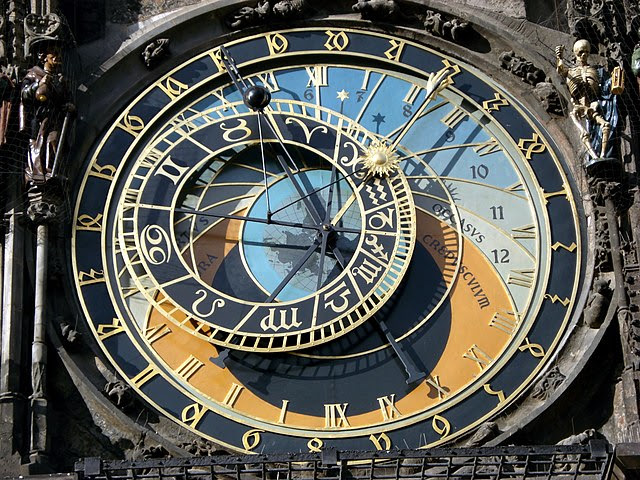 However, there is one more number and one more "leap object", namely a leap second. It sometimes has to be inserted because the number of seconds per solar day is something like 86,400.002, also different from an integer. How is it possible?


Well, it's simple. A second was originally defined as 1/86,400 of a solar day: a solar day is divided to 24 hours per 60 minutes per 60 seconds. However, a few decades ago, people became able to measure time more accurately than by counting the revolutions of the Earth. In particular, our atomic clocks are able to measure irregularities in the duration of one solar day.

In fact, when the definition of a second switched from the astronomical crutches to the atomic clocks, the atomic clock-based one second was already a bit shorter than the "current" astronomical second, meaning 1/86,400 of the latest year's mean solar day. That's why a solar day just takes slightly more than 86,400 atomic-clock seconds. We can measure it.

We want to measure the universal time by atomic clocks but we also want the noon at a holy place in Greenwich :-) to occur exactly at 12 p.m., within a second. This has been achieved by inserting a leap second at the very end of June or very end of December in most years since 1972, as a Wikipedia text on the leap seconds explains.

In those 40 years, people have inserted 25 leap seconds at various points, so that the deviation of the astronomical noon from the noon-shown-by-atomic-clocks never exceeds one second (or even half a second). Where do you exactly insert a leap second and how?

Well, it's the added last second of the universal time. For example, on December 31st, 2008, you would see 23:59:59 in Greenwich for a second. What was shown by the clocks during the following second? Well, a clever guy could say 0:00:00. But a stupid one could say 23:59:60. And this would the one of the moments in which the stupid guy is right! That's exactly what happened. Analogously, in Chicago, Central Standard U.S. Winter Time, the official clocks suddenly showed this curious scene:

Chicago is 6 hours behind Greenwich so it works. The extra anomalous second was added just like February 29th will be added this year at the end of February which mostly has 28 days only.

Nature discussed a gathering of self-important apparatchiks from many countries whose task was to decide whether or not the leap seconds should be completely abolished. You may imagine the pain in the neck that results for software makers, banking transaction or space flight planners etc. because of the extra leap second. Many things may go wrong. Isn't it better to simply cancel it?

Nature asks: Why do we still care about some painful, provincial, and pathetically obsolete objects such as the Earth and the Sun? ;-)

In a radical version of this attitude, some people even say Why can't we have noon at 4 p.m.? :-) Well, I would personally oppose this system. It's great if the time shown by clocks is kind of predictable and connected with the perceptions of the Sun that many of us still tend to see almost every day. :-)

Of course, this is largely an academic discussion. As I mentioned, the discrepancy only grows by less than 1 second every year so you would need more than 3,600 years for the noon to move by 1 hour in this way. But in my opinion, the gap simply shouldn't be allowed to become as large as one hour!

On the other hand, if there's a gap of 30 seconds, no one will notice (except for those who work with some accurate equipment and they should know about these subtleties). So I would propose a compromise: a leap minute that may be added at the end of February 29th every year **48 or **96 (I cleverly concentrate all this leap mess into the leap days of leap years). Moreover, it would be decided 5 years in advance whether there would be a leap minute on those years or not. We would avoid all the hassle for 36 years now and a 30-second discrepancy between the clocks and the astronomical noon wouldn't hurt anyone.

I was thinking about other ways to deal with this problem, for example "slowed down days" in which all the clocks would be slowed down by the factor of 86,400/86,401, so that 86,400 slow (atomic) seconds last 86,401 (atomic) normal seconds. But that could be even harder to properly incorporate into clocks. And I don't even want to know about a permanent redefinition of a second that would make it unnecessary to insert leap seconds (positive or negative) for quite some time.

Also, we could return to an astronomical time, and there would be some public-domain algorithms on the Internet that would be able to translate between the atomic-clock time and the high-precision astronomical time. I don't know what's the best solution. At any rate, if we just abolish leap seconds for 30 or 50 years, no one will be hurt. And people could benefit – they may be hurt by the leap seconds that we use today.

What did the apparatchiks decide? So far, the leap second was kept; the proposal to kill it hasn't reached a decisive stage so far. There will be a vote about the fate of the leap second in 2015. ;-) Stay tuned.
Luboš Motl v 7:36 PM
Share