Today, Wikipedia, Anthony Watts' blog, and others are protesting against a planned legislation to fight online piracy. In principle, it is directed against servers such as thepiratebay which are not exactly something whose survival is a condition for my happy life. 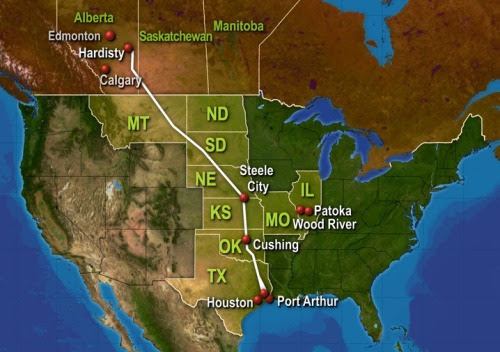 However, I seem to agree that the bill, as formulated now, could be abused against pretty much any website on the Internet including the vital ones – such as Wikipedia, Google, or TRF – and that could introduce censorship and cripple the Internet to a comparable extent as the Great Firewall of China or the Iran IRNA Intranet.

At any rate, while such legislation could affect us over here, your humble correspondent is not a U.S. citizen so it doesn't seem to be my business to tell the U.S. lawmakers what to do. Moreover, I would bet that the bills will be defeated, anyway. ;-) However, the supporters of SOPA currently beat the opponents in the Congress, 80 to 31 (pretty much across parties).

CATO Institute is obviously against SOPA. They use a map to explain that Americans have the right to speak on a Czech board such as The Reference Frame. However, the dot seems to be in Eastern Moravia if not Slovakia or Poland. ;-)

Because you can't open WUWT, TRF may be the first place where you can learn about the breaking news: this afternoon, Barack Obama is expected to stun many people including myself and reject TransCanada's Keystone XL pipeline: The Montreal Gazette, others. The Department of State should release the official report in hours.


As far as I can say, there were many signs that Obama's administration was leaving the ideology of environmentalism and its most radical incarnation, the global warming alarmism. It is not clear to me what has led to this shocking decision. But if Barack Obama plans to secure some Gore voters or Hansen supporters, he may easily find out that there are not too many of them left in America. Obama's White House internship could easily become unsustainable after November 2012.

Gingrich immediately responded to the "utter stupidity of this guy" which is composed of three parts: he kills jobs; he prevents America from achieving energy security; he drives Canada, despite its pro-American conservative prime minister, to the hands of China.

Canada's new fossil fuel reserves are pretty much bound to be tapped in a foreseeable future and they will be exported to nearby territories. Keystone XL was an economical and environmentally friendly way to do so. I guess that any other proposed infrastructure will be suboptimal.

Obama will say that he hasn't had enough time to evaluate the impact of the pipeline. Well, he received the application three years ago and if it is not enough for him and his people to evaluate it (while they only need two years to actually build it), then he should be a president of the Union of Snails, not the United States. Also, he implicitly says that he wanted to screw the Republicans who finally imposed an "artificial" deadline. Well, any deadline is artificial but it is often needed for people not to behave as snails, or not to ignore their job duties at all – which is exactly what Obama is doing. More generally, if he views his role in the White House as one of the maker of inconveniences for the G.O.P., a kind of a little tapeworm in the appendix of the G.O.P., then it's very sad.

Almost exactly 70 years ago, on January 17th, 1942, the deportation of Jewish citizens of my town of Pilsen began. 2,064 Jews (out of 120,000+ people in Pilsen) were deported in three large groups. All of them were sent to the Great Fortress of the Fortress City Theresienstadt (Terezín in Czech), a concentration camp on our protectorate's territory. Only 204 of them managed to see the end of the war. Instead of working for the Third Reich in Theresienstadt itself as promised, they were being transported further to the East (Poland etc.) where they were disappearing.

I've seen some museums and other things: these were horrifying events. Wars are terrible as well but I still feel less uneasy about a conflict in which two sides fight and each of them has the natural right to try to defend itself. 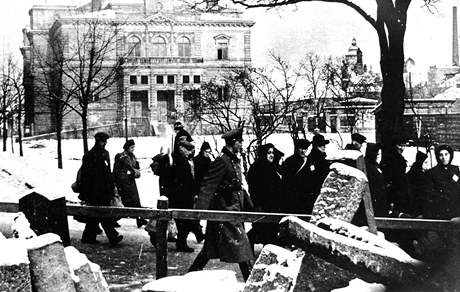 The place where the Jews were concentrated was in the Štrunc Gardens, meters from the soccer stadium which was just upgraded and where Victoria Pilsen is going to play the Europa League in the coming spring. The water tower and the chimney on the right side of the picture belongs to our well-known brewery which is just across the river.

Meanwhile, Samsung's new tablet comes equipped with an application that may be able to save some Jewish lives in 2012 by touching a single button. ;-) Press "CC" (make it red) for English subtitles.
Luboš Motl v 7:05 PM
Share