Astrophysicist Grygar on global warming and everything

This blog entry is directly relevant for 3% of the readers only who are Czech; but others may learn something about the intellectual atmosphere in our nation. 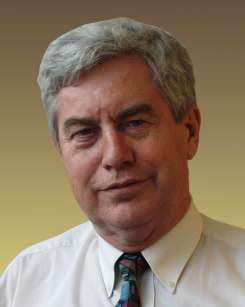 Radio Impuls – which I happen to be listening to right now (and sometimes) because it has an OK Vista Sidebar Gadget :-) – is just interviewing Dr Jiří Grygar, who is arguably the most publicly famous scientist in the Czech Republic. I had the pleasure to meet him several times during recent years, at the christening events of "Magpie in the Land of Entropy", Ms Markéta Baňková's award-winning book of physics fables.

His fame rose in the early 1980s when he became the host of a long TV serial about astronomy, "Windows to the Universe Are Wide Open". It was shot in the Slovak TV studios (Bratislava) which were more tolerant than those in Prague. The screenplay was written by Dr Vladimír Železný (who was banned in Prague and) who later became the founder and owner of the post-socialist Europe's largest commercial TV station, TV NOVA.

Grygar was just describing his cooperation with Železný. He was driving him to Slovakia in his Wartburg, a *hitty East German car, and they shared an apartment in Slovakia. Due to Dr Železný's detailed knowledge of TV markets, state-of-the-art video tricks, and other things, many people had predicted that Železný would later become a director of a TV station when the socialist regime collapses; their predictions turned out to be precious. ;-)

I add that unfortunately, Železný was even later robbed by a major and rogue U.S. investor, Ronald Lauder, the son of Estee Lauder, who owns and controls the station today.


At the beginning of the relaxed interview with Grygar half an hour ago, they exchanged some niceties and discussed the end of the world. It's a great topic. Like your humble correspondent, Grygar was quoted in a somewhat confused issue of the newly born tabloid-on-steroid magazine, Kraus, which was dedicated to the doomsday scenarios a week ago.

Grygar is getting dozens of e-mails of people – usually moms and grandmoms – who seem to be genuinely frustrated by the coming end of the world. Grygar and other scientists therefore realized that the situation is serious and it's not just about joking. And they organized a press conference in which they tried to explain the Mayan calendar and the fact that there's no reason to worry. Since the year 1000 AD or so, the ends of the world were served on a daily basis, Grygar said.

He was specifically asked about global warming, too. The atmosphere is changing, the radio host said, and so on. What does Dr Grygar think about it? I wanted to ask him many times but I was afraid it could have created a tense atmosphere. But they did and showed that I could.

Global warming was a polarizing issue in Sisyfos, a Czech counterpart of the skeptic, anti-paranormal movement CSICOP. For example, Mr Kremlík of klimaskeptik.cz is a climate skeptic who became a standard member of Sisyfos and his main mission is to fight against the climate alarmism. Some far-left individual members of Sisyfos were driven up the wall, of course.

What does the most likable face of Sisyfos think about it? He gave an answer I could totally subscribe to. Oceans and other parts of the Earth make the Earth stable and hospitable for life. However, there are also processes that add fluctuations and irregularities. We know from geological and similar records that such things have been occurring in the past, too. So from a cosmic perspective, there's nothing unusual going on with the Earth right now.

Very fair. I am sure that the AGW alarmists wouldn't be satisfied. ;-)

Other discussions and questions were about the solar cycle (it's 11 years, getting stronger, but feeble relatively to cycles in the past), why the planets are round (the widget was interrupted for a while), whether every idea may become material, and so on. You may imagine a mixture of uninformed and totally uninformed questions with answers that are as interesting and relevant as they can be given the *hitty questions. :-)

Previously, he would say a few words about the weak position of the Czech science etc. He seems to realize that it isn't (primarily) due to the lack of funding. A few years ago, Grygar famously rejected $25,000 in a grant to make a statement about something. It was impressive.

Grygar believes in God so he was asked about the co-existence of the two concepts. He says that science can't explain everything. Then he even discusses the tension between the quantum mechanics and general relativity. I won't say what I think about the idea that this tension still stands or that it even proves the existence of God because you know what I would say about these matters.

Even if the LHC answers some questions, there will be new ones, so science is an infinite process, and... Souls want to have an explanation... It want to stand on two pillars, science and faith... OK, I don't understand why anything in these comments supports the existence of God or any god.

If Grygar could talk to God, he would talk about physics. But as a Nobel prize winner said, it's better to find the answers yourself than to wait for the moment when you learn about the answers in the grave.

They asked him about his favorite food: he's a human being, after all, they hypothesized. What does he love to eat? He shows his advantage. Sometimes he calculates that he needs energy; colloquially speaking, such results of calculations are referred to as "feeling hungry". When it's so, he eats anything to fill in the gap and once he gets the required energy, he economically forgets what he has just eaten. That's the right scientific attitude! ;-) Needless to say, the radio hosts were disappointed. ;-)

Previously, he said he likes to wake up at 9 am, so the interview at 8 am violated a law of physics. It was the same effect as one effect during Sidney Coleman's "Quantum Mechanics in Your Face".

Grygar was also answering a female question whether it's really true that the Sun is being turned off. Quite on the contrary, the output is going up as the Sun is getting older. Also, the Earth is getting heavier. Finally, he was asked about the extraterrestrial aliens. He "tends to believe" that there aren't any but he doesn't know. I have the same opinion.
Luboš Motl v 8:57 AM
Share