Speedy neutrinos are so yesterday, as Katie Yurkewicz said. What is hot today is the new accurate W-boson mass as measured by the CDF at the Tevatron.

A special seminar is beginning right now, at 10 a.m. Chicago Winter Time. Watch it live here. Direct link to Flash. However, you may already see some texts: 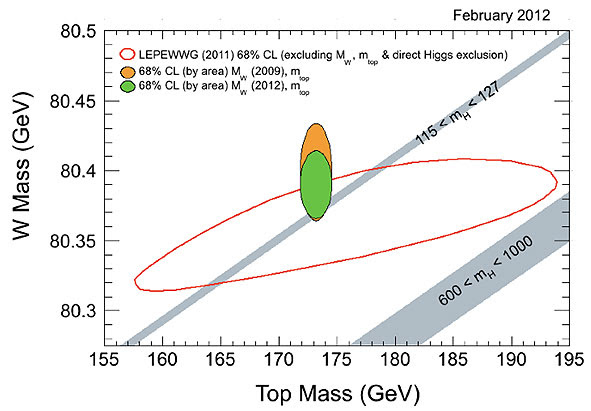 Using this measurement and the Standard Model, the new upper limit on the Higgs mass is 145 GeV. Of course, we know a bit better from the LHC but everything seems consistent at this point.
Luboš Motl v 4:31 PM
Share