On Thursday, March 22nd, the CERN Colloquium between 4:30 pm and 5:30 pm will be dedicated to a very, very unusual topic: cold fusion. The title is

and the talk will be presented by two folks I've never heard about but they're probably focusing on cold fusion, Francesco Celani and Yogendra Srivastava. This will surely be an event that may elevate the blood pressure of the people in the audience and may be very attractive. And I think it's good that organizers – Antoniadis and Benedetti – have the right to occasionally choose speakers who stand beyond the boundaries of proper science, as understood by most of the active physicists in conventional particle physics. 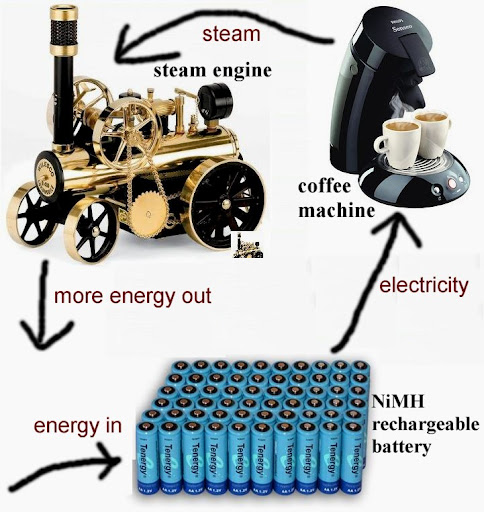 Still, I think it is unfortunate that invalid claims are allowed to penetrate into official CERN's documents. What do I mean?


First of all, the title is dishonest because it tries to make the reader believe that there has been some progress in cold fusion. Obviously, there wasn't and couldn't have been any progress. It's been known that cold fusion is impossible for quite some time and decades ago, it's been also understood why some claims in the literature didn't actually contain any viable loophole. Nothing has changed about those matters so the "work" that the speakers will present is nothing else than random assorted motion of bodies of some people who simply have no clue.


Related news: Three days ago, Steven Krivit published "news" about Rossi's demonstrations in NASA whose results were "embargoed" until 2012. Just by a coincidence, the demonstration ended as failures. Sorry but if you're "embargoing" inconvenient results of experiments, you're not doing science: you're a scammer. And this is true for everyone who is involved with this scam in NASA, too.


I find it obvious that the very existence of this event will be abused by the cold fusion proponents. After all, there are already some glimpses how the journalist types think:


Physicists Meet at CERN to Discuss Progress Made on Cold Fusion (Oil Price.COM)

The article above may be classified as hype but it's still a balanced text relatively to what I expect will flourish after the talk.

Whether such events end up being harmful – coups to deliberately help bad scientists to suppress good scientists – depends on many other things, including the room that the proper physicists will have to explain the actual physics of all the "experiments" that will be discussed, and so on.

When I was organizing various Harvard seminars, of course that I liked to invite speakers who "didn't really belong" – who were doing things that would be considered wrong by a vast majority of the typical audience of the seminars. It is refreshing to force yourself and everyone else to "think different"; it's fun to be provoking. But I would have never done if I hadn't known that "the good prevails at the end".

Once the speaker would start to say manifestly wrong things, of course that I would behave as a protective host but I also made sure that the articulate people in the audience have all the room to explain to the speaker why he is misguided about very basic physics – so that everyone else hears that, too.

So the destruction of the speakers did take place at some points. For example, Kirill Krasnov – a loop quantum gravity type – would be giving a talk about some silly pseudoscientific model. I forgot what it exactly was but it was probably something like a loop-quantum-gravity-inspired model of the black hole horizon or something of this sort, or maybe some particle-like model claiming to be 3D gravity. I don't know. Andy Strominger gave him a tough lecture about why Krasnov is overlooking all the knowledge obtained from quantum field theory which is really what the 20th century physics was all about, and so on.

There were many such examples. But of course, the more "technical" type of a seminar we talk about, the more powerful people when it comes to their expertise may be found in the audience. Colloquia are at the bottom. Colloquia are often wonderful and broad and full of culture and the speakers are often leaders of their subdisciplines but I have seen a couple colloquia in which lots of manifestly wrong claims remained indisputed.

That's not a problem if no one cares but I kind of think that this won't be case of "cold fusion at CERN". So the colloquium will primarily be a tool for the cold fusion advocates to gain influence.

One thing should be justified: what I am irritated by isn't really the right of pseudoscientists such as cold fusion researchers to give talks. What I am bothered by is that the media etc. almost never discuss what the actual science says about all these hypothetical processes, possible magnitudes of energy that may be obtained in one way or another. There's a lot of wonderful physics – it's often basic enough physics that every cultural human being should know them.

In reality, almost no one knows. A reason is that people aren't really interested in physics – the truth about the Universe, the explanation of things that are actually happening or why they cannot be happening. People are interested in sensational claims, those that have some "societal implications", whether it's a change in the influence of some people or practical applications of some research. That's just very bad. And it's a key reason why there are thousands of crackpot articles about cold fusion written by the "science journalist" but almost none of them ever writes about the question how the nuclei etc. actually operate in the Universe around us.

It's sad and of course that the ultimate reason why it is so is that most of the writers and their readers don't care about the truth. Most of these people suck.
Luboš Motl v 7:38 AM
Share