Of course, your humble correspondent wasn't the only one who was saying that the apparently faster-than-light neutrinos detected by the OPERA experiment were due to a mistake: see Italian out-of-tune superluminal neutrino opera.

However, I may have been the only pundit who always repeated that the mistake was probably due to a mistake in their usage of the GPS system.

A majority of my potential mistakes in the experiment was dedicated to the GPS system. This guess was even stronger in the interviews I was giving to the Czech media. I always said that the mistake would be found in the way how they use the GPS system even though many "experts" were talking nonsense e.g. about the shape of impulses etc. that couldn't have possibly played the crucial role.

The Science Magazine just brought us:

The precise location of the mistake was somewhat different than my expectations but it was due to the GPS unit. More precisely, there was a bad (loosened) connection between a computer (an electronic card in it, to be specific) and the GPS unit (more precisely a fiber cable leading to the GPS unit). 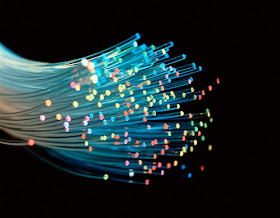 
it is being claimed by another OPERA person that two flaws have been found. Aside from the faulty connection, an interpolation procedure to calculate the arrival of the GPS synchronizing signal wasn't done properly. (This flaw is even closer to what I used to expect.) The two flaws are claimed to have the opposite sign when it comes to their effect on the measured speed and Nature is very ambiguous about the sum/difference of them.

However, I tend to think that the original sources behind Science have already done the arithmetics because it can't be that difficult and there's not just a potential explanation of the anomaly, but the numbers actually match. Waiting is enough to see more details.


So after some checks, those early 60 nanoseconds will almost certainly be accounted for. As Alan Boyle figured out, OPERA should make an official statement tomorrow, i.e. on Thursday. Everyone who was building models of new physics for weeks was kind of silly. This couldn't have been real. To say the least, whether or not the anomaly will "exactly" cancel, there doesn't exist any "solid looking" measurement and calculation at this moment that would indicate that CERN neutrinos move faster than light – probably because they don't.

Don't mess up with relativity.

P.S. I: Thanks to oxo for the URL! Otherwise I would only learn about it tomorrow in the morning.

P.S. II: This is clearly a GPS day for me. My dad bought his TomTom IQ Routes XXL GPS navigation unit today so I was installing it and we were testing it ;-) – aside from some less enjoyable work I was doing.
Luboš Motl v 10:34 PM
Share