Einstein's box and the triumph of Bohr

The paper talks about what Nikolić considers a "modern interpretation" of a thought experiment that dominated the Bohr-Einstein debates at the 1930 Solvay conference. As I will review, Bohr triumphed in that exchange. From that moment on, Einstein avoided attempts to prove that quantum mechanics was wrong; instead, he only tried to argue that quantum mechanics was an incomplete description. 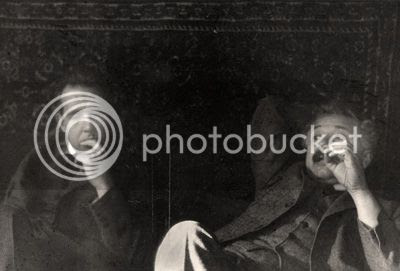 According to proper physics, Bohr was right and Einstein was wrong. Nikolić disagrees and he thinks that both Einstein and Bohr were wrong. The Physics arXiv Blog uncritically parrots Nikolić's wrong statements. We shouldn't be surprised; uncritical parroting of all arXiv papers is what the Pbysics arXiv Blog seems to be all about. Just to be sure, No, it's not true that everything that can be posted on arxiv.org is right.

In that exchange, Einstein wanted to invalidate the uncertainty relationship for time and energy, \[

\] One must be careful about the interpretation of this inequality; it's somewhat different than the uncertainty law for the momentum and position because "time" isn't a real observable (operator) so one can't reduce the inequality to commutators. Still, the inequality may be linked to the same "Fourier transformation" games as the ordinary uncertainty relationship. It says that the uncertainty of the measured energy can't be lower than then inverse uncertainty of the time when the energy "occurred" or "was transferred". If we squeeze some wave in the temporal direction, it can't have a well-defined frequency (which is linked to energy).

What was Einstein's strategy to achieve this destructive goal? He designed an experimental apparatus that can measure energy as well as time arbitrarily accurately (at least he thought that it could); that would falsify the inequality maximally. Here's how he did it.

The picture is taken from Wikipedia's essay about the Bohr-Einstein debates. The shutter in this gadget opens a hole for an arbitrarily short time \(\Delta t\). We may try to do it many times. At some point, a photon escapes from the box. We know the moment when the photon left with the accuracy \(\Delta t\) which may be arbitrarily short.

Niels Bohr needed some time to offer the right answer to Einstein (and to the curious spectators of their brawl) but when he constructed the answer, it was viewed as his amazing triumph.

What is the insight that Einstein neglected in his analysis? Try to think about it: What can be the part of physics that Einstein may be particularly ignorant about? Yes, the answer is the general theory of relativity. What an irony. Because Bohr used an Einstein-made weapon against Einstein, his victory was particularly sweet.

So what is Bohr's resolution? I won't discuss the numerical coefficients; my goal is just to show that the product \(\Delta E\cdot \Delta t\) can't be parametrically smaller than \(\hbar\). In fact, this proof by Bohr will show that this product of uncertainties is of the same order as the usual product in Heisenberg's uncertainty relation, \[

Let us start with the energy and the momentum.

The scale is used to measure the energy of the photon by measuring the mass of the whole gadget,\[

\] However, there's also a contribution to the force that the escaping photon exerts on Einstein's box. The force is nothing else than the change of the momentum per unit time:\[

Note that these arguments only depended on "trivial" mechanics that Isaac Newton would agree with. Also note that Bohr was thinking about the uncertainty of the momentum of a macroscopic object, the apparatus – this story invalidates the fairy-tale spread by Bohr critics that he thought that quantum mechanics couldn't be applied to macroscopic bodies.

The previous discussion was "Newtonian" in character; no fancy 20th century physics was needed. That's not the case of the uncertainty of time. And that's where Bohr really showed the depth and breadth of his mastery of physics. In the displayed equation above, it is really time \(t\) in the denominator; it's not necessarily linked to \(\Delta t\) which was our symbol for the duration of the opening of the shutter. But we need to calculate the uncertainty in this time \(t\), anyway. Imagine that clocks are attached to the gadget and we measure the proper time along the world line of the gadget.

If that's so, we shouldn't forget about a prediction of the general theory of relativity, the gravitational redshift. In fact, if you're deeper in the gravitational field, your clocks tick slower, they will measure a shorter proper time. What is the coefficient by which they're slowed down? It's given by the factor\[

\] where \(t_\infty\) is the time measured at infinity, away from the gravitational field. Normally, in the discussions of the uncertainty relation, we would write the \(z\) coordinate as \(x\). At any rate, do you see the factor of \(c^2/gt\) here? It's exactly the inverse factor to one that we found previously, in the energy-momentum analyses. So these two factors cancel and we have\[

Does the consistency of quantum mechanics depend on general relativity?

Nikolić writes lots of things that reveal his misunderstanding of quantum mechanics. He thinks that a "modern" treatment must be based on ket vectors and their entanglement, not on operators. But that's just not the case. There is nothing modern about a discussion that tries to "construct" particular states. Quantum mechanics is a framework that predicts (probabilities of various) future properties of observables – operators – out of some known properties of other or the same observables – operators.

Eigenvectors of such observables offer us nothing than a different way of formulating propositions about observables. For example, saying that the "system is in the eigenstate \(\ket\psi\) of an observable \(L\) corresponding to the eigenvalue \(l\)" is just a contrived way of saying that "the observable \(L\) is equal to \(l\)". Similarly, one can make a dictionary for statements involving uncertainties etc. We don't need to talk about "particular states" the represent the physical system. Physics is all about observables – operators – and their properties.

The answer is Yes, it is. It is actually needed even for the consistency of the gravitational force respecting the equivalence principle and special relativity, even at the level of classical physics. That's a statement that was well-known to Einstein. After all, he was able to deduce the gravitational red shift from special relativity and the equivalence principle.

It's possible to deduce right answers from right physical principles and arguments, without starting with the most general form of the equations. Both Einstein and Bohr were quite good at it. Good physicists have to be good at it.

Nikolić's own "derivations" based on all the misconceptions about the "need to translate things to ket vectors", about the "collapses of wave functions", and about "nonlocalities of quantum physics" have nothing to do with the actual resolution of the paradox of Einstein's box. One doesn't need to talk about ket vectors at all; the "collapse" isn't a physical process; and nothing in physics of quantum field theory can change nonlocally. At the beginning, Nikolić presents the trivial Fourier argument that actually doesn't explain what makes the values measured according to Einstein's well-defined operational procedure inaccurate. The second, "entanglement" part of Nikolić's derivation has clearly nothing to do with the paradox, either: the gravitational acceleration doesn't even occur in Nikolić's mathematical masturbation even though its value is clearly paramount to get the uncertainties and only cancels at the end. So Bohr is right, Nikolić is wrong.

Einstein implicitly made almost the same assumptions as when he discussed carousels: the redshift is then inevitable

Second, Einstein doesn't use "all of special relativity" to show why he can measure the energy arbitrarily accurately. But he uses \(E=mc^2\) for the photon and this relativistic equivalence of mass and energy doesn't hold in "any" classical theory. So he is assuming at least "something" out of special relativity – enough so that one may actually show that the gravitational redshift inevitably follows.

To summarize, Einstein assumed something from the special relativity as well the equivalence principle to make his measurement work. However, as he showed in the carousel thought experiment, these two assumptions – well, the full special relativity combined with the equivalence principle – imply the existence of the gravitational red shift. So it shouldn't be shocking that we are able to derive the gravitational redshift from Einstein's box thought experiment, too. And indeed, we can. To be explicit, you may turn Bohr's derivation upside down to argue that there has to be a relationship between \(\Delta t\) and \(\Delta z\) with the same coefficient – which proves that the rate of ticking of the clocks has to depend on the altitude.

Nikolić doesn't seem to understand the actual assumptions that Einstein had to make for his measurement of energy and timing of the photon to be accurate. And he doesn't understand the implications of these assumptions. So his discussion about the entanglement has nothing to do with the essence of the gedanken experiment. Some sentences reveal how much he misunderstands the logic of the consistency between various parts of theoretical physics. Take, for example, this quote:

I have already shown why the criticism in the first sentence by Nikolić was invalid: Bohr is indeed right that the gravitational redshift inevitably follows from consistency arguments between the assumptions Einstein made in his "Einstein's box measurements". But the second sentence is equally wrong, for fundamental reasons. First of all, the complete incorporation of general relativity into QM isn't an unsolved problem anymore: it was solved in 1974 and the solution is called string theory although second-class, third-class, and lower-class physicists apparently still haven't noticed, despite those 38 years in between.

But even if we ignore string theory, the sentence in the parentheses is particularly illogical. It is true that the reconciliation of QM and GR was or is a hard problem but it is hard exactly because the reconciliation requires many consistency criteria to be obeyed. General relativity predicts or demands the gravitational redshift, among other things, and these things make a full-fledged formulation of a theory of quantum gravity harder. But saying that it is (or it was) harder to write a full consistent theory of quantum gravity because of these constraints (which is right) isn't the same thing as saying that these constraints don't exist and may be ignored. They do exist. And the condition that every correct theory of quantum gravity still has to agree with the existence of the gravitational redshift is just one of the simplest constraints that consistent theories of quantum gravity have to obey.

I am sure that Nikolić is extremely far from being the only physicist who posts to the arXiv and who completely misunderstands rather basic things about physics that were fully settled as early as in 1930. The number of such people – often "professional physicists" – is just huge. The idea that Bohr etc. had to be wrong is a typical manifestation of the wrongness of the numerous contemporary physicists.

Bohr was never wrong about these fundamental statements on quantum mechanics and its consistency with special relativity or general relativity, at least not for years. Attempts to "debunk" Bohr's explanations of the quantum phenomena in 2012 start to be as preposterous as attempts to dismiss the heliocentric theory 80 years after Galileo's insights.