How hormonal contraceptives cause infertility in men

You may be surprised 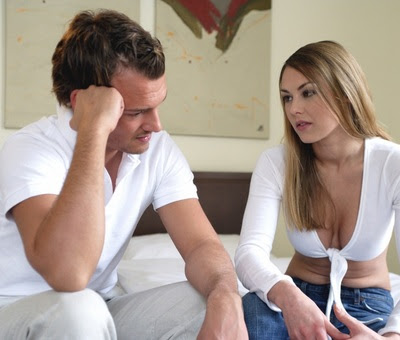 When it can't be done.

The number of infertile men in the population keeps on increasing – the group is already almost as large as the set of infertile women. Scientists are looking for the cause – and they're finding it inside women increasingly often. How is it possible?

What is at stake is primarily estrogen, the main female hormone. (A link to an article about breast cancer caused by excess estrogen.) Because of this compound, some male fish are already turning into females. The same thing has actually been observed in polar bears – and other animals, including the humans. Quite generally, the percentage of newborn boys continues to decrease. And those who reach adulthood face increasing problems with fertility and conception. A similar effect to the effect of estrogen is also caused by bisphenol A which is a component in some plastic materials, glue used by the dentists, thermopaper for invoices, and other products.

In general, scientists increasingly believe that these trends primarily boil down to the immense expansion of contraceptives. Additional evidence supporting this proposition was just revealed in a paper published by the journal Reproduction at the end of 2011 and written by a team from the Faculty of Natural Sciences at the Charles University in Prague. The 80% female team was led by Dr Kateřina [Katherine] Hortová.

They can't get through

They found out that the increased estrogen concentration is affecting the rate of sperm capacitation – the process in which a sperm is getting mature inside the female organs and without which the sperm is unable to ferilize the egg.

During capacitation, the sperm is being rebuilt and some chemical transfers are being redirected. This process allows sperm to undergo the so-called acrosome reaction in which the sperm may penetrate through the egg's protective shell, zona pellucida, which is composed of sugars and proteins.

The scientists studied how the receptors (molecules receiving signals, in this case related to estrogen) influence the sperms' preparation to penetrate into an egg (capacitation). It turned out that an excess concentration of the hormones speeds up this reaction in a harmful way. However, if a sperm doesn't have enough time for the procedure, it becomes unable to get through the egg and to fertilize it.

If the number of high-quality sperms is low, which seems to be the trend of the recent years, an additional decrease of the quality of the male sexual cells may lead to another increase of infertility.

"This finding is quite an essential contribution to our understanding of the issue of the increasing infertility in the human population. Estrogen-related hormones haven't quite turned off the sperms' ability to fertilize but they have reduced the percentage of sperms that are capable of fertilization," Dr Hortová explains.

It seems that as the number of women in the world who use hormonal contraceptives increases, the problems with fertility will be getting larger and more widespread, too.

(The original Czech title used the word "impotency" to attract more viewers. It had to be a generalized impotency that was discussed. I've changed it to "infertility". One more comment: I think that the claim here is that sperms and men are affected by the estrogen in the environment, and they don't mean just the environment of a vagina. This expansion of estrogen that may threaten the survival of the human species is being largely ignored – if not hyped – at the same time when many deluded people talk about "pollutants" such as CO2. LM)
Luboš Motl v 3:59 PM
Share