Not quite related news: First LHC collisions at 2 × 4 TeV!


Tommaso Dorigo was minutes ahead of Reuters and Fox News or AFP when he told us that signore Antonio Ereditato resigned from his chair of the OPERA experiment's spokesman. Physics coordinator Dario Autiero resigned one day later.

Both mentioned "tensions within the collaboration" as the reason. As far as I can say, the bogus superluminal claims are a reason for them to be immediately fired from their positions. Incidentally, it's now clear that they were trying to spread fog to keep their chairs (fog that was, incredibly enough, spread even by folks like Matt Strassler who apparently have nothing to do with the experiments and who should have known better). After the cable error was announced, Matt still wrote at least 3-4 completely nonsensical blog entries denying that the curtain had fallen.

Ereditato and Autiero wanted to do "important" tests for many and many months, in May etc. But once they were de facto fired, the barriers preventing us from learning an inconvenient truth are removed and it's known that the error caused by the fiber cable was 73 ± 9 nanoseconds, search for "73" in this Sioli's talk on Wednesday, (over)reducing -60 nanoseconds of delay to +13 nanoseconds of delay which is zero within 1 sigma or so.

Most likely, the bosses knew about the loose cable (and its impact, at least approximately) from December 8th, 2011, and completely hid the news for more than two months before it was leaked by their colleague to Science News.

The neutrinos move by the speed of light much like they do in a better-managed experiment (even though, undeservedly, much less known to the media and the public) ICARUS that managed to get the right value right away. At any rate, no further measurements are needed in OPERA. Everything is as clear as the clear skies; one just has to remove the people who spread the mist and who become obstacles in the journey towards the truth. 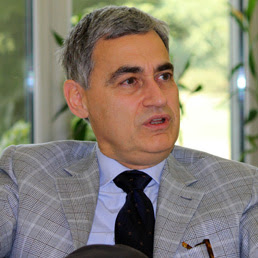 The tension and the two decisions were apparently sparked by the superluminal blunder (at least partially) but there's no explicit quote available that would make it clear – except that we know that some OPERA members planned a no-confidence vote and he resigned exactly before that vote. I suppose that it was mainly some members who felt embarrassed by the "superluminal publicity", most likely some of those who have never believed that OPERA had enough certainty to suggest that relativity was dead. I totally understand their efforts to protect their name that was associated with OPERA where they had to okay many superluminal BS things.

Helen Barratt wrote that OPERA was so nice and fair that it's sad if someone resigned. I replied in this way:


Is that actually known whether he resigned because of the superluminal blunder?


...instead they repeatedly said that their results might well be incorrect


Even more importantly, Helen, their results *were* incorrect. You probably don't think it's important whether a scientist produces right or wrong results but I still hope I am not the only one for whom it *does* matter.

Scientists who are wrong, especially about important things, big claims, or repeatedly, simply have to be disadvantaged relatively to those who are right. They must be disadvantaged whether or not they admit that they could be wrong. It's necessary for science to keep its standards of validity.

Science simply can't afford to be dominated or led by people who are or have been mostly wrong, whether or not they admitted it.

I think it would be very sensible for him to resign because of the superluminal blunder but I don't know whether it was the actual reason.


...and asked the rest of the world's physicists to try to work out what they had done wrong in their calculations, concerning these hypothetical OPERA superluminal neutrinos.

Needless to say, the world's *junk* physicists such as Mr Smolin et al.


didn't hesitate for a  minute and immediately reacted in the same way as a mosquito reacts if you offer him a hot smelly pile of šħit. They just went to devour it! In the paper above, they argued that all the counter-arguments, like Cohen-Glashow, were too weak for their marvelous theories that are predicting nothing else than that superluminal neutrinos are possible!

The reason why crackpots such as Smolin never resign, not even after hundreds of similar spectacularly wrong claims they make, is that in certain portions of theoretical physics, standards no longer exist. And they don't exist because people like you, Helen, don't even like the situation when they do. And people like you, Helen, have made it to the media and all kinds of grant agencies etc. Thank God that at least in some portions of experimental physics, their traditions remember what physics used to be. 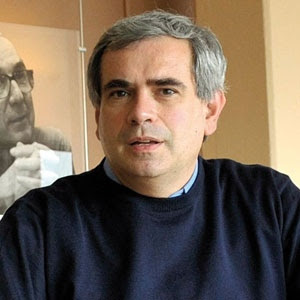 Imagine that physics is like professional ice-hockey. In professional ice-hockey, fans usually do care whether their teams win or not. Whether or not a player will see his $7 million contract renewed does depend on his playing and the results of the team. Unfortunately, physics "fans" aren't like ice-hockey fans; most of them don't give a phůčkîñg [fakiñ] damn what is the truth and you're unfortunately an example of that. OPERA benefited from some expectations which are known to be wrong now so the fair minimum is at least to "undo" the benefits.


Unlike OPERA which was modest and partly admitted that they could be wrong, many people don't even admit it even though they're repeatedly wrong. Of course, climate alarmists are the best examples of these categories. Most of them never resign. But even if the OPERA experimenters were behaving in a better way than any climate alarmist you may think of, they were still wrong about a big claim.

One couldn't improve the situation by "forgiving" such errors just because some other people in the world are doing much worse things yet.

Incidentally, ISGTW asks whether computers threaten the scientific method – because of glitches of the computer codes that may be hidden and have unpredictable effects. 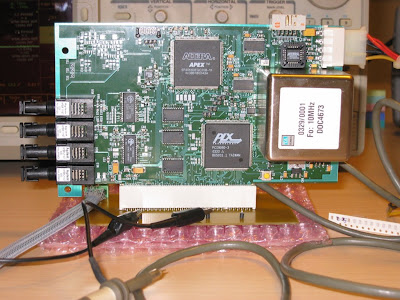 Well, I agree with the first commenter over there. Computers are still just tools that speed up things but don't replace humans. It would indeed be very irresponsible to "uncritically" trust computers and sensible scientists never adopt this policy. Moreover, the errors made by computers always ultimately have human culprits. If one of the 5 million lines of code of ATLAS dares to be wrong, someone – a human – made this mistake.

For this reason, I don't think that computers threaten the scientific method more than telescopes or any other gadgets. They make some impractical calculations totally practical; but they don't liberate the human scientists from their responsibility and from their duty to "lead" the scientific process. They're not the ultimate "oracles" who know the truth that should be worshiped. Computer simulations may be wrong and they're ultimately wrong because of human mistakes or wrong expectations by humans that have been imprinted into the code or its application to a specific situation (or to the wrong wiring of the Intel processors 20 years ago, as we discuss in the comments).

Incidentally, the repeated agreement of the observations from the LHC with the Monte Carlo simulations do provide us with some very strong circumstantial evidence that both sides are done correctly, within the error margins. If at least one of them were incorrect, it would be extremely unlikely for them to match (both of them would have to be wrong and in the very same way).

When I say that all sensible scientists realize that the output of computer programs can't be uncritically believed because many kinds of possible (and real) human errors have been imprinted into the code and its usage in a given context, I really mean sensible scientists only. There is a whole discipline of unreasonable "science" that is based on the idea that one should uncritically trust computers even if it is known that they're wrong and that they incorporate lots of unjustified prejudices of humans. I don't need to explicitly state what the discipline's name is because the name has already appeared above.
Luboš Motl v 3:50 PM
Share