Mr Howard Wolowitz of The Big Bang Theory (CBS) designed a lavatory for the International Space Station. If you don't watch the sitcom, notice that a problem was that after some time, the device began to shoot the biomass around the station. The TBBT fans surely remember what the happy end was.

NASA became a target of laughter.

It turns out that Howard's lavatory isn't the main threat for the prestige of one of America's most authoritative institutions (at least in the past), according to its former employees from the golden era of the space research.

We're being constantly told that almost all the important groups of the world's scientists endorse the global warming hysteria. A problem is that many of them don't. And I don't want to talk about string theorists or meteorologists. I want to talk about rocket scientists; former scientists working for NASA and 7 former Apollo astronauts.

Politico.com (paid) just printed a press release that includes a letter that a group of fourty-nine (that's quite a number) American heroes wrote to Charles Bolden, the current administrator of NASA. I received a permission to reproduce the whole press release so here it is.

HOUSTON, TX - April 10, 2012. 49 former NASA scientists and astronauts sent a letter to NASA Administrator Charles Bolden last week admonishing the agency for its role in advocating a high degree of certainty that man-made CO2 is a major cause of climate change while neglecting empirical evidence that calls the theory into question.

The group, which includes seven Apollo astronauts and two former directors of NASA’s Johnson Space Center (JSC) in Houston, are dismayed over the failure of NASA, and specifically the Goddard Institute For Space Studies (GISS), to make an objective assessment of all available scientific data on climate change. They charge that NASA is relying too heavily on complex climate models that have proven scientifically inadequate in predicting climate only one or two decades in advance.

H. Leighton Steward, chairman of the non-profit Plants Need CO2, noted that many of the former NASA scientists harbored doubts about the significance of the CO2-climate change theory and have concerns over NASA’s advocacy on the issue. While making presentations in late 2011 to many of the signatories of the letter, Steward realized that the NASA scientists should make their concerns known to NASA and the GISS. 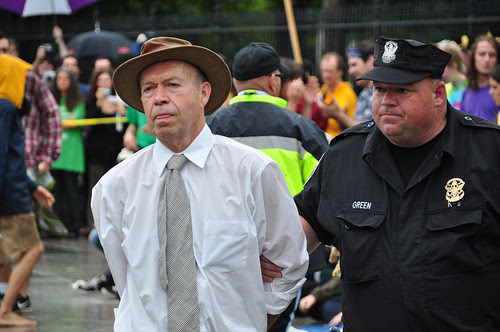 “These American heroes – the astronauts that took to space and the scientists and engineers that put them there – are simply stating their concern over NASA’s extreme advocacy for an unproven theory,” said Leighton Steward. “There’s a concern that if it turns out that CO2 is not a major cause of climate change, NASA will have put the reputation of NASA, NASA’s current and former employees, and even the very reputation of science itself at risk of public ridicule and distrust.”

We, the undersigned, respectfully request that NASA and the Goddard Institute for Space Studies (GISS) refrain from including unproven remarks in public releases and websites. We believe the claims by NASA and GISS, that man-made carbon dioxide is having a catastrophic impact on global climate change are not substantiated, especially when considering thousands of years of empirical data. With hundreds of well-known climate scientists and tens of thousands of other scientists publicly declaring their disbelief in the catastrophic forecasts, coming particularly from the GISS leadership, it is clear that the science is NOT settled.

The unbridled advocacy of CO2 being the major cause of climate change is unbecoming of NASA’s history of making an objective assessment of all available scientific data prior to making decisions or public statements.

As former NASA employees, we feel that NASA’s advocacy of an extreme position, prior to a thorough study of the possible overwhelming impact of natural climate drivers is inappropriate. We request that NASA refrain from including unproven and unsupported remarks in its future releases and websites on this subject. At risk is damage to the exemplary reputation of NASA, NASA’s current or former scientists and employees, and even the reputation of science itself.

For additional information regarding the science behind our concern, we recommend that you contact Harrison Schmitt or Walter Cunningham, or others they can recommend to you.

Thank you for considering this request. 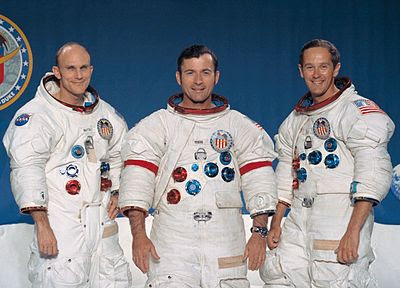 Ref: Letter to NASA Administrator Charles Bolden, dated 3-26-12, regarding a request for NASA to refrain from making unsubstantiated claims that human produced CO2 is having a catastrophic impact on climate change.


We've seen many scientists with diverse professional and political backgrounds who have protested against the irrational and dishonest hysteria that has penetrated into many (formerly?) scientific institutions in many Western countries.

What makes this group of 49 astronauts and rocket scientists special is – in my opinion – that the work they've been responsible for has received much more money than the climate alarmists combined (despite the fact that the budgets to spread the climate alarmist got out of control in recent 20 years). So they're no amateurs or Cinderellas. They're genuinely worried that something that is much cheaper and less solid than the work they were doing while they were active could drag NASA to goals that have nothing to do with its original mission and then to the bottom of the sea.

By the way, Andrew Dessler – who believes that clouds don't reflect any light, among other things – has already reacted to the letter. All ex-NASA employee understand the climate system less than the first-year graduate students in Dessler group, we were told. Dessler said that first-year graduate students have yet another advantage: they may be intimidated and brainwashed. On the other hand, Dessler has complained, the rocket scientists didn't want to buy Dessler rubbish even if he repeated it several times.