Last October, I was surprised by the incredible economy of Current TV, an unknown TV station owned by Al Gore and Joel Hyatt.

A few months earlier, the station with tens of thousands of viewers hired Keith Olbermann and offered him a $50 million five-year contract. The numbers just didn't add up. It was insane for the sponsors to pay $200 per viewer. I could understand if Olbermann got a $50 thousand contract but $50 million? That's like Bill O'Reilly whose audience is larger by almost three orders of magnitude. 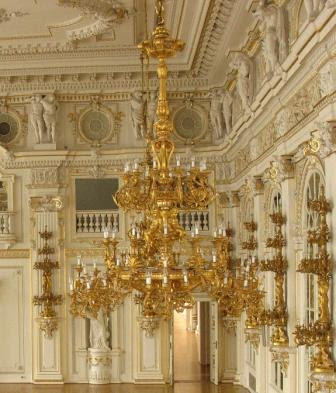 As you probably know from Fox News, NY Post, Olbermann's visit to David Letterman's Late Show (YouTube video, 14 minutes), and from 2,000 other sources, Keith Olbermann was finally fired at the end of March.


He was replaced by Eliot Spitzer, a man most famous for having been the Client Number 9 of an illegal prostitution ring (incredibly enough, he was also a New York governor). The main virtue for which Spitzer was hired is the same one as in Olbermann's case (and the case of everyone else working for Current TV): he is a distasteful, obnoxious, bitter leftwinger who is always ready to sacrifice any moral principle in order to defend left-wing ideological clichés. With Spitzer instead of Olbermann, the number of viewers dropped by another factor of four. Out of his 47,000 viewers, only 10,000 belonged to the key 25-54 demographic.

The media (e.g. NY Post) have explained that Olbermann wasn't satisfied with his smelly drivers who dared to talk to such a holy creature as Olbermann himself (and do avoid any doubts about it, all the drivers have disdained this disgusting, arrogant, and hypocritical jerk as well) so the transportation company had to be replaced 8 times or so during his one-year "tenure". He didn't come to work on Super Tuesday (a doctor told him to be silent for 5 days), the lights in the newsroom went off because Al Gore didn't pay the electricity bill, and so on and so on.

Olbermann told Letterman that he (Olbermann) is a $10 million chandelier (referring to his annual salary) that someone bought even though he didn't have a house where the chandelier should be placed. That's not good for everyone and that's not good for the chandelier, either. We have also learned from Olbermann that Al Gore wasn't interested in what was happening in the TV station and many other amazing things.


These people – Al Gore, Keith Olbermann, and others – are good symbols of the complete dysfunctionality of socialism and corporations led by passionate, pampered, parasitic leftists who have never had to earn a penny for their living. They are used to have access to incredible amounts of money "for free" so they never hesitate before they throw $10 million or $50 million out of the window. However, for this money, they're incapable of paying elementary things such as the electricity in their newsroom or personal transportation to another part of the city.

What's remarkable is that Al Gore could have become the manager of the world's #1 economy. Just imagine that Ms Shadow Hillary got a coincidental contraction of her tooth muscles and swallowed an organ of Bill Clinton, encouraging him to lose 3 liters of blood and die. Al Gore would probably have become the president of the United States of America. Its public sector could have been transformed to one giant Current TV i.e. completely corrupt and unsustainable communist mess.

I urge all sponsors of Current TV to stop this incredible charade.


One million years of friendly fire

CBS and tons of others celebrate a recent study that suggests that people – or their ancestors – have been using fire to cook food for a million of years. This conclusion boils down to some traces in a cave.

But how did the cavemen get the fire in the first place? Here is the video answer.