New England cottontail, others would benefit from GW

A few years ago, the media would only allow negative predictions associated with a hypothetical warming in the future. Needless to say, if there were some warming by a few degrees, most of the consequences would be positive.

This simple fact gradually starts to be realized by the journalists. The Boston Globe just published this story:


Some New England species may benefit from warming


The New England wildlife officials realized that it's easier for the endangered species to survive a warmer winter with less snow. Congratulations to this novel insight! ;-)


The same positive consequences would be expected for the red-bellied woodpecker. 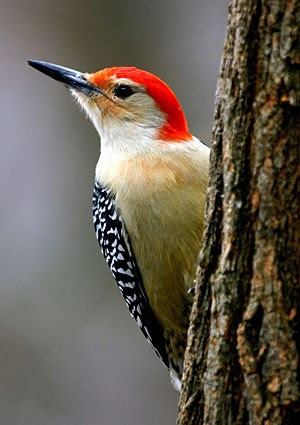 In recent weeks, dozens of media even acknowledge that the coral reefs will mostly do fine which would be quite a heresy to write a few years ago. Coral reefs were among the top symbols of the victims of the evil capitalist carbon dioxide's homicides. In this special role, they were comrades of the polar bears that are booming like never before these days. On the opposite pole, the number of emperor penguins was found twice as large as expected.

Quite generally, it's amazing that some people can't figure out that a warmer climate would be more hospitable for life. Try to compare the pictures of the Amazon forest with those of Antarctica and guess: which of these two places contains a higher density and greater diversity of life forms?

I hope you understood this was a rhetorical question.

The only problem with all these speculations about the improved life for many kinds of animals is that the warming in the future will be pretty much negligible if any. The temperature difference between the tropical regions and the Antarctica is more or less 100 °C while the change of the temperature in 100 years will be of order 1 °C. So don't expect any qualitative change such as "greening of the Antarctica"; expect at most one percent of such a qualitative change.

And you may still be wrong because your region may very easily cool down in the next 100 years, much like 30% of the world's regions cooled down in the past 80 years. To summarize, the vast majority of the changes of the biosystems, species, habitats, economies, and societies in the next 100 years will have nothing to do with the "global climate change".

One more comment about the post-Climategate society. You could be a pessimist and think that the impact of the Climategate has evaporated and nothing has really changed. However, Joe Romm has posted interesting charts on his blog: 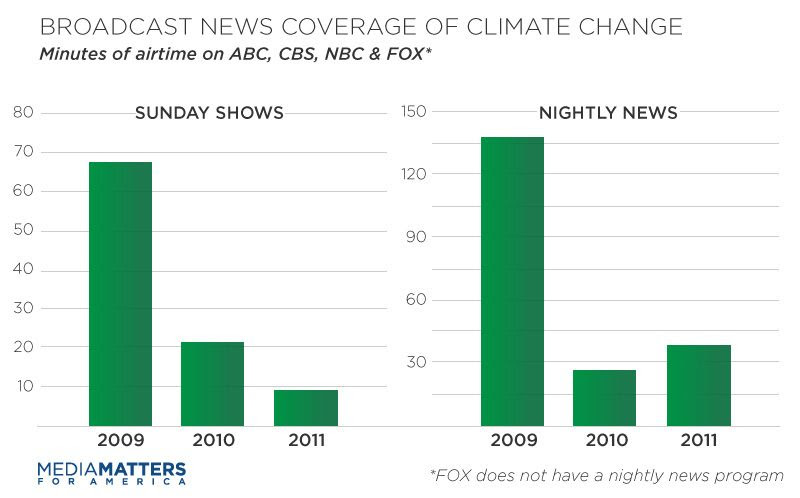 The climate coverage on American TV screens has dropped by a factor of five between 2009 and 2011. That's like if you take an Al Gore, slap it in the face a few times, and reshape it into a 37-centimeter dwarf.

By the way, Steve Zwick, a Forbes contributor (direct link), has figured out that the active skeptics have warmed the planet and caused famines so he urges his soulmates to burn your house. You may want to buy some extended insurance for your house or a better gun to shoot the pests. I have personally "broke the climate" and caused about 9 degrees Celsius of warming and the famine that killed 15 billion people so I suppose that our concrete block is already being put on fire. ;-)
Luboš Motl v 8:26 AM
Share