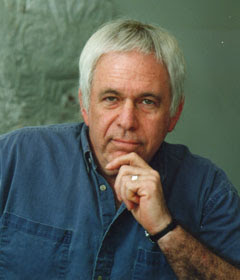 Gordon Kane, Distinguished University Professor of Physics at University of Michigan, wrote a text for TRF,


Learning from theory and data about our string vacuum,

in December 2011. Of course, his work on string/M-theory compactifications with heavy scalars has been repeatedly discussed on this blog.

He gave a very similar presentation four days ago,

In that talk, he also modestly mentioned that their model predicted a 125 ± 4 GeV Higgs boson, with 127 GeV as the most likely estimated value of mass, as soon as in Summer 2011, half a year before the de facto discovery of the Higgs boson at the LHC (and at least a year before the official discovery).

But why is this new version of his presentation even more interesting than the older ones?


Well, it's because it's a presentation linked to his being rewarded by

for the year 2012. The previous winners of this award include Mermin, Guth, Hawking, Wilczek, Shifman, Turner, Thorne, Kimble, Cohen, Berry, Krauss, my ex-colleagues Randall and Gabrielse, and a few people I have never interacted with. Aside from meaningful contributions to research, the laureates have to be able to give captivating lectures but you see that the quality of the winners is still very high despite this extra condition.

There are many wrong things about the contemporary American Physical Society but I think that this particular prize is one of the APS activities that makes some sense and that is being done well.

Although I dislike honors and this $10,000 prize isn't even an enormous one, it seemed appropriate to me to mention Gordy's new diploma to make you sure that not every TRF guest blogger must inevitably be arrested with a planted cocaine in Argentina after an unsuccessful attempt to meet his hypothetical girlfriend who seems to be a supersymmetric model.

One may actually confront supersymmetric models on the paper, not just the Internet, and deduce some valid properties of our Universe out of them, whether or not this agreement is a coincidence or a consequence of the true validity of these models.
Luboš Motl v 4:29 PM
Share