Sean Carroll wrote about Fang Lizhi, a Chinese cosmologist and dissident who recently died at the age of 76. Cosmic Variance wasn't the most sensible place to write such a thing because it is one of the blogs belonging to the "hardcore left-wing ideological" blogosphere.

So the readers were surely stunned and told themselves: Whoops, are you actually saying good things about this top enemy of the Communist Party of China, comrade Carroll? ;-) Most of the readers remained shocked and silent but after some time, Philip Helbig came to defend one of his heroes against the heretical attacks by Fang Lizhi:


It seems that Lenin actually read a lot of physics and spent considerable effort trying to find out the extent to which it was compatible with his philosophy (rather than vice versa).

In their joint book, Sagan notes in the preface that he let stand some of Shlovskii’s remarks to the effect that dialectical materialism requires there to be life on every planet.


Right, an amazing comrade who knew everything. ;-) He was so smart that we should base our estimates of the density of extraterrestrial civilizations on Lenin's quotes. Did he actually have a clue?


When I was a kid, about 9, I found a book by Lenin, probably Materialism and Empirio-Criticism (of course, it was a Czech translation), that my maternal grandfather was apparently reading at some point in the past but he – a pretty much anti-communist guy – didn't find it valuable enough to keep it so it was left in my mother's bookshelves.

So of course I was trying to read it a bit. Well, I found it too long, boring, and talkative. Instead of reading the whole tome, I was trying to find out what Lenin was saying about "a theory of everything" that I was imagining as some sort of classical mechanics at that time. Of course, I already considered Lenin's opinions about the society to be pure garbage so I was skipping all those things. But I mostly liked what he was saying about science and against various idealist philosophies that were close to religion.

It still seems fair to say that Lenin was familiar with the picture of physics corresponding to the mid 19th century and dominated by classical mechanics – and less so classical field theory. His knowledge about other scientific disciplines was probably comparably up-to-date.

However, as I was learning and rediscovering more advanced parts of physics, Lenin's musings were getting shaky in my eyes. Cosmic Variance mentions that Lenin believed that for metaphysical or ideological reasons, it was necessary to keep the Universe infinite. A finite Universe would be justifying some ideas by the idealists which is what Lenin found unacceptable. We still don't know any certain answer to the question whether the Universe is finite but we know that our most current theories of the Universe surely do allow a finite Universe. And its finiteness in time – the Big Bang which occurred 13.7 billion years ago and which resembled Creation so closely – was certainly a bitter pill for many Marxists who tried to fight the Big Bang Theory for years, long before it was aired by CBS. ;-) Check this official Marxist page that views "the Big Bang" and "the Creation Myth" as two synonyma.

Lenin was trying to amplify his views on the infinite Universe by fancy buzzwords such as "dialectical". Dialectical thinking has been all about the resolution of disagreements – people have used this method since the Antiquity (it's not a trademark owned by Lenin) – and when this dialectic method is applied to the tension between special relativity and Newton's theory of gravity, we derive the general theory of relativity and learn that the Universe is temporally finite (with some extra observations) and may easily be spatially finite as well, whether the self-described dialectical comrade Lenin likes the conclusion or not.

But a thesis I was really shocked was his "inexhaustability of matter". This term meant that an electron is a galaxy or Universe that has even smaller electron-like particles in it. They're also galaxies that have tinier particles in them and this process of matryoshka embedding continues indefinitely. Holy crap. This was so stupid! 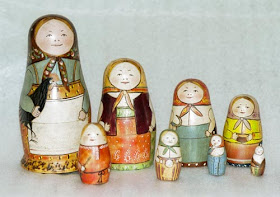 The idea that everything had to be infinite – either in 3 spatial dimensions, 1 temporal dimension, or in the dimension of the "length scale" (which we may interpret as a radial holographic dimension if we take a holographic interpretation) – had to be extremely ideologically intriguing for him. It's hard to exactly explain "why" but I think that this sentiment is similar to the reasons why some (equally left-wing) people favor as big a multiverse as possible today: it just makes the Universe management challenge so hopelessly hard for poor God! But already at the level of ideology, his attitudes contradicted the thinking of top physicists.

There was nothing terribly wrong about the infinite structure of layers of the onion and one could even say that this idea was an "extreme pedagogical example of the Renormalization Group from the 1970s" but this infinite structure of compositeness disagreed with the thinking of modern physicists such as Einstein because it was just too uneconomical. Pretty much every physicist would think that the compositeness has to stop at some point: some particles are either elementary or "almost elementary" and no other particles that are much more elementary than they are can't be found.

In recent decades, we understood that distances smaller than the Planck length, about \(10^{-35}\) meters, don't exist in the physical sense. To say the least, phenomena at distances that are shorter than the Planck scale can't obey the usual rules of the Euclidean geometry. Quantum corrections and uncertainties about the space – and even topology – of space become huge. These facts are incompatible with the infinite embedding of matryoshka dolls.

But one doesn't really need quantum gravity. Some elementary experiments with elementary particles are enough and I am confident that Lenin's contemporaries – and even older physicists such as Ludwig Boltzmann – had to know what was wrong with Lenin's reasoning. A problem is that all electrons (or all hydrogen atoms, it really doesn't matter what particles we talk about) seem to have the same properties. If they were galaxies, there would be no explanation for their identical properties.

This problem with Lenin's model becomes even more extreme in quantum mechanics. Not only two electrons have the same properties. They're indistinguishable in the most general physical sense. Even Nature isn't capable to distinguish which electron is which. When electrons coming from the left (Alice) and from the right (Bob) collide and repel so that the final electrons go up and down, we can't say whether Alice is up and Bob is down or vice versa. It's not just our ignorance. Even in principle, it's impossible to answer this question. In fact, both histories – or both Feynman diagrams – first interfere to produce the probability amplitudes. And only after both possibilities contributed, we may take the probabilistic amplitude, square it, and make probabilistic predictions about the final state.

Complicated internal structures of the electrons - which would almost certainly differ in details because such galaxies have a high entropy – would clearly violate the interference between the two histories. It's totally well-known that there can't be anything inside the electron that could be "adjusted". Two electrons are always identical and may only differ by the position (or momentum) or the spin.

This was just an example of a distortion of science that a philosopher may do for ideological reasons. For many previous insights, Lenin's ideas about matter's being infinite and infinitely fine and infinitely structured may have been OK. But whether those things may be extrapolated to questions that are actually new ones is a scientific question and a scientist can never adopt dogmas that would prevent him from seeing other, potentially more correct answers.

Lenin became a sort of an icon. People in the communist countries couldn't fully criticize the master so they were encouraged to keep their reasoning about science in the middle of the 19th century, too. Well, it wasn't too bad because the communists usually didn't care about current science much and in some cases, they supported it. But worshiping an ideologue such as Lenin could easily bring you to flawed opinions about rather fundamental questions.

It's important that science is never hijacked by a political or ideological movement because this status would soon or later inevitably act as a straitjacket, preventing science from further progress in the right direction. (And that's the good outcome: I was assuming that the ideology was compatible with science at least at some point in the past which often fails to be the case, too.) This comment about the necessary independence of science from politics is surely not a big discovery. But it's important to keep it in mind today when some people want to prevent science from doing progress by imposing oversimplified, ideologically unified dogmas in much more fanatical ways than what Lenin has ever done in his lifetime.

In science, one must be careful about ideologies and philosophies.

P.S. Even the second commenter on Cosmic Variance is kind of trying to defend Lenin, by questioning that he wanted to prefer claims about cosmology that were hurting "idealists" (i.e. non-materialists). Nevertheless, he's right that the quote technically came from Liu Bowen, another Marxist.

A point of mine was Lenin was not primarily trying to learn the truth. For him, science was one of the tools to realize his plans. This utterly pragmatic attitude was self-evident in other Lenin's proclamations, too.

For example, it's often said that he coined the term "useful idiots" for the left-wing intellectuals in the West who were paying lip service to communism. It seems he has never used those words but his reasoning implicitly agreed with the legend, anyway. He was totally convinced that every person has to pursue his own goals – capitalists pursue their interests and the working class pursues its interests – and he understood that some wealthy enough Westerners simply cannot have a good, rational, egotist reason to support communism.

He knew who the idiots were; he just had perverse goals which were not in the interest of the mankind, at least in the long run. Many Western fans of communism, socialism, progressivism, environmentalism, and similar approximate synonyma for Marxism-Leninism would be disappointed if they learned that they are considered idiots according to proper Marxism-Leninism. Their surprise would be as intense as the surprise of an environmentalist who is just being devoured by a polar bear. ;-)
Luboš Motl v 4:24 PM
Share